Change-maker and big-thinker, Polly Higgins is a lawyer who has brought into being a whole new body of Earth Law. 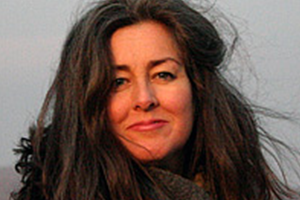 It is with profound regret that The Center for Development and the Environment learned about the passing away of Polly Higgins in April 2019. Polly’s motto: “The Earth is in need of a good lawyer,” her brave campaign for ecocide to be recognised as a crime against humanity, her personal charisma and pedagogical flair, has left an indelible mark on the minds of Norwegian and international students, scholars and activists.

An advocate for Earth rights, Polly's most recent work focused on an international law of Ecocide to sit alongside the existing Crimes Against Peace. Polly's background as a corporate lawyer and barrister in the UK shaped her belief that a law of Ecocide can create a global framework to put people and planet first, and enable business to do what's best for the Earth.

Polly is the author of the award-winning Eradicating Ecocide: Laws and Governance to Prevent the Destruction of our Planet. Her second book, Earth is our Business was published in May 2012. She has been named one of the World’s Top 10 Visionary Thinkers by the Ecologist and celebrated as The Planet’s Lawyer by the 2010 Change Awards. She was the Overall Champion of the 2012 People and Environment Awards (PEA). Polly was chosen to deliver the prestigious 2012 Rachel Carson Memorial Lecture.