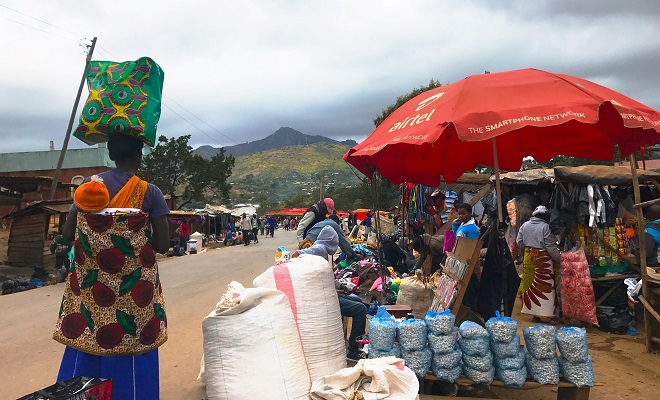 - As Malawians embark on a new phase of planning for future development, it is crucial to have a national conversation on the politics of poverty and development. Photo: Kaja Elise Gresko.

The decision by the court in February 2020 not only annulled the May 2019 elections but also addressed some fundamental shortcomings that have long plagued the electoral system. Indeed, while Malawi’s identity abroad is all too frequently associated with poverty, it will from now on be able to bask in the glory of having accomplished a feat that has only been once replicated on the African continent.

Due to my longstanding interest in Malawi, I am often asked in various academic and policymaking circles why Malawi is lagging so far behind its neighbors in terms of development and poverty reduction. I have heard colleagues observe: “There are developing countries, and then there is Malawi”. Such statements imply a sense of hopelessness that characterizes the country’s development trajectory. All of this points to a paradox: despite peace, political stability and consistent support for democracy, a majority of the country’s 17 million people has not witnessed radical improvement in their living standards. And the country does not perform well in international rankings such as those on human development and perceptions of corruption.

Read a longer article on the Malawi paradox here

Most low-income countries continue to plan activities over a 5-10-year period, often guided by documents variously promoted as visionary, ambitious and forward-looking. The day-to-day policy environment for ministers and civil servants, however, requires quick decisions and routine adjustments to such long-term plans. In addition to domestic pressures for income generation, efficient revenue collection and the provision of quality social services, policymakers must be well-prepared to respond to international events and trends, including fluctuating prices of major imports and exports, and changing trade arrangements that can have a major impact on GDP growth. Added to these concerns is the growing threat of economic progress being adversely affected by climate change. Indeed, the bush fires that have engulfed Australia in recent months is a warning of things to come.

There is an on-going debate on the role and impact of development planning. Supporters of five-year or ten-year plans claim that countries and their governments require a clearly articulated vision that will guide public policies aimed at achieving certain desirable outcomes. They argue that policymakers know what is required to stimulate economic development, reduce poverty and resolve societal problems. Pointing to numerous developmental successes around the world, they believe there is considerable evidence on “what works”. Thus, the solution is to allocate adequate resources that can be effectively used in a well-coordinated and coherent national strategy.

Critics accuse planners of supposedly being more interested in applying “global blueprints” rather than adapting to local conditions. The economist William Easterly has thus famously made the case for “searchers”, who not only find solutions that work but also accept responsibility for their actions in comparison to “planners” who tend to announce initiatives based on good intentions but are not in a position to motivate others to implement them. Still others claim that in addition to planners and searchers, countries also require “doers” and “champions”.

Malawi’s ambitious Vision 2020 plan, launched in 2000, provides an illustrative example of some of the above-mentioned challenges. The goal was to ensure that “by the year 2020 Malawi as a God fearing nation, will be secure, democratically mature, environmentally sustainable, self-reliant with equal opportunities for and active participation by all, having social services, vibrant cultural and religious values and a technologically driven middle-income economy.” The V2020 plan was guided by themes related to good governance, sustainable economic growth and development, infrastructure, food security, fair and equitable distribution of income and wealth, and sustainable environmental management.

A recent review of V2020 has concluded that despite some improvements in the health and education sectors, this grandiose plan not only failed to attract an institutional home but also individuals who could champion its implementation. Apart from one specific target – to become a middle-income country with a per capita income of $1000 by 2020 – the V2020 was not operationalised into measurable indicators that could guide monitoring or track performance. The short story is that Malawi’s economic growth has remained well below the target (4.39 % rather than 9%) and the country has failed to transform its agriculture and industries. And while there has been reduction in urban poverty, rural poverty has increased. Unfortunately, Malawi also continues to rank among the most corrupt countries in the world. As Malawians embark on a new phase of planning for future development, it is crucial to have a national conversation on the politics of poverty and development. Indeed, the focus should be less on the money and more on debating questions related to power and political culture.

What should, then, Malawi do? Is it really the case, as some claim, that Malawi is “policy rich but implementation poor”? One could begin with a frank assessment of the impact of current development strategies, including revisiting the Malawi Growth and Development Strategy (MGDS). Do certain areas of public policy require a major overhaul? If so, what type of reform should one begin with, and in which sectors? Should certain policy domains receive greater attention or more urgent priority? If so, what? Are there certain policy decisions that can be overlooked for the time being or avoided totally? If so, why? What options are currently on the table for financing Malawi’s development agenda and how can these be further consolidated with national and international resources?

Another conversation starter would be to revisit how public policies could be implemented more effectively. What is working, how and why? And what lessons have been learnt even when policies have not had their desired impact? Malawi has numerous, and meticulously formulated,  procedures in place for every possible task — from applying for a driver’s license or a passport to getting admission into schools and colleges or for procuring goods and services in an ethical manner. However, in many of these areas, effective implementation is a challenge when civil servants are demotivated, when resources are insufficient, when corruption is widespread, or when officials risk a “punishment posting” for offering an honest opinion. The net result is that a simple procedure can become overtly cumbersome and inefficient.

In addition to the above, many other areas could also be highlighted – prioritizing the rural poor, engaging the youth, being better prepared to tackle natural and man-made disasters, addressing social taboos and facilitating a constructive dialogue with all political actors. The key thing is to begin a constructive national conversation on the road ahead and to critically assess how and the extent to which Malawian needs and interests are addressed by existing global development agendas, including the SDGs.