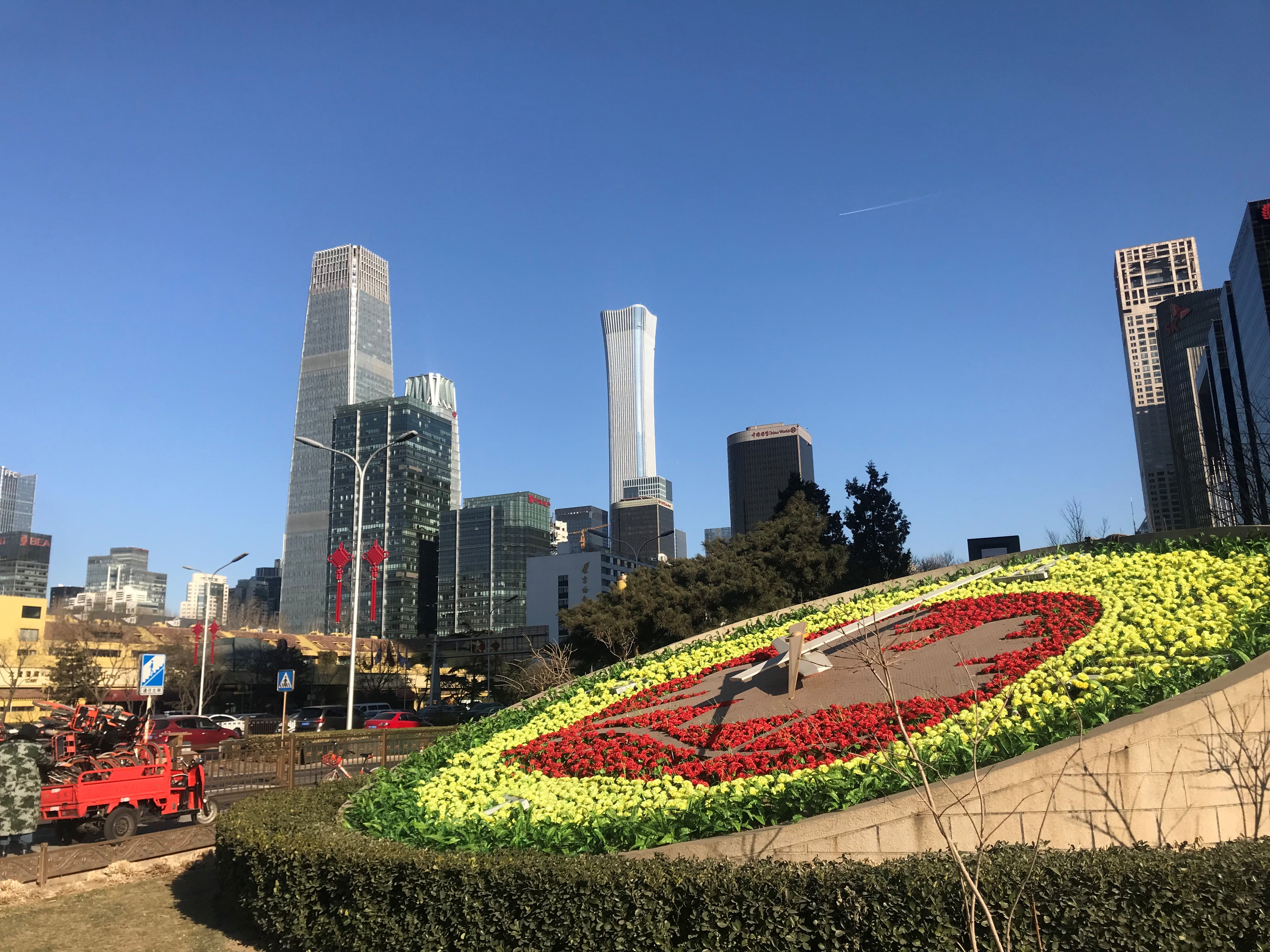 While the implementation of the SDGs has thus far received a mixed response from world leaders – and overall progress in achieving the goals during the past three years has been slow – Beijing appears to have warmly embraced these “global goals” and there is considerable talk of the importance of sustainable development in administrative and political circles. China published a National Plan on Implementation of the 2030 Agenda in 2016, which advocated strong support to the SDGs, and signalled the country’s keen interest in building on its impressive successes in relation to the Millennium Development Goals (MDGs). The Plan outlined a coordinated strategy that was to be driven by “innovation” and with an emphasis on “green”, “open” and “shared” development. Six specific priority areas were identified, including a renewed focus on planning to achieve the SDGs; initiation of innovative pilot projects in China; new and more productive forms of public-private partnerships; interest in undertaking administrative and legal reforms; greater interaction with a diverse group of national and international development actors; and broad-based international cooperation aimed at promoting the linkages between the much touted Belt and Road Initiative and the SDGs.

A subsequent “progress report” published by the government in 2017 reiterated the country’s numerous achievements in registering “sound and steady growth”, improving the living conditions of its population and “all-round progress … in green development”. In particular, the report highlighted that “remarkable achievements have been made in deepening international development cooperation”, although it insisted, like most Chinese policy documents, that China remains the “largest developing country in the world”. In this and other policy documents, China has highlighted several national challenges and priorities: the goal of lifting over 55 million rural residents out of poverty by 2022; better coordinating urban and rural development along the dimensions of sustainable development; improving the quality of, and access to, social protection policies; and actively integrating climate change and environmental concerns in national development strategies. And in its Voluntary National Review (VNR) presented at the UN in 2016, China highlighted its priorities abroad, which included a renewed commitment for increased aid and investments a part of its South-South cooperation strategy, greater involvement of the Chinese private sector in increasing investments in least developed and landlocked developing countries and small island states, as well as overall closer integration of the Belt and Road Initiative with the SDGs.

There is little scholarly work on the progress achieved by China in terms of achieving these goals (the 2017 progress report is largely descriptive), and most local journal articles on the topic tend to repeat official government policy and extoll the simple “win-win” rhetoric. Nonetheless, there is some noticeable movement on several policy fronts. For example, a recent “notice” issued by the State Council in January 2018 – urging urban consumers to purchase products from rural areas characterised by high levels of poverty – made it a point to emphasize the importance of boosting consumption, while keeping in mind the importance of promoting sustainable development. Similarly, the government is encouraging both state-owned as well as private companies to closely integrate the SDGs into their business models, although it has mainly been large businesses that have thus far actively published detailed reports highlighting how their activities at home and abroad are linked with the SDGs. Moreover, the focus of numerous conferences organized in Chinese cities nowadays is on green growth and how China can make a gradual transformation to a greener and cleaner economy. For example, at a recent annual conference of the China International Green Economy Association, where I was invited to speak, hundreds of delegates were familiarizing themselves with the latest government regulations and information on subsidies and other incentives available for green entrepreneurship and the promotion of so-called “high quality development”.

Faced with numerous critical criticisms of its aid and investments abroad, Beijing also appears to have taken steps to undertake administrative reforms. For example, I have recently written about the creation of a new aid agency – The China International Development Cooperation Agency (CIDCA) to oversee the country’s foreign aid and investment activities. This new agency, which answers to the State Council (the country’s highest executive body), plans to consolidate the roles and functions that have traditionally been shared by the ministries of commerce and foreign affairs. To what extent it will make a difference is still uncertain, but the very fact that such an agency was established after decades of uncoordinated aid policy is itself noteworthy. Another example is the establishment of the Center for International Knowledge on Development (CIKD), which is affiliated with the Development Research Center of the State Council (DRC) and is mandated to pool Chinese and international resources to advance development studies, undertake research on development theories and practices, and promote research and knowledge-sharing on international development issues, including the implementation of the 2030 Agenda. Numerous other university institutes and thinktanks are also being established, all geared up to propagate a model of economic development that celebrates the Chinese experience, but with an added emphasis on sustainability as the need of the hour.

Having made considerable progress in achieving the Millennium Development Goals (MDGs), China gradually began to feel more confident and readier to play an unusually active role in the drafting of the 2030 Agenda. Indeed, it appeared to embark on a purposive strategy to make the transition from “rule-taker” to “rule-maker” and began advocating the idea that all countries should enjoy equal rights to participation in international rule-making. Thus, despite pursuing a strategy of selective multilateralism over many years, China has in recent years warmly embraced the United Nations and multilateral agencies as exemplified in numerous speeches by Chinese leaders endorsing global goals and targets related to addressing climate change and promoting global development. And as borne out of documents and briefs it has presented at the UN in recent years, Beijing has consistently argued that the SDGs must be “inclusive”, “transformative” and “innovative”. It has also actively promoted the now well-institutionalized phrase in UN circles – “Common but differentiated responsibility”, according to which all countries embrace the same goals, but their “relative burdens” ought to reflect national contexts and “individual development priorities”.

Much of this new assertiveness in foreign policy and interest in becoming a rule-maker derives from the soft power Beijing has cultivated through its active aid and investments in large parts of the world, including in Africa where the Chinese model of development, according to recent surveys, has been largely popular. And as a recent article in Foreign Affairs put it “The global fallout of Trumpism has already pushed some countries toward China in ways that would have seemed inconceivable a few years ago”. But this does not mean that Beijing is consistent in its policy priorities. For example, Beijing must still convince the rest of the world that its massive infrastructure investments connected to the Belt and Road Initiative is in tune with its professed goals of promoting sustainable development. And in recent months, there have been a string of reports that highlight the Chinese practice of building coal-fired plants both at home and abroad, which are at odds with the global demand for green energy and its own professed vision of South-South climate cooperation. Similarly, despite creating agencies such as the CIDCA and CIKD, I have argued that the need of the hour is greater transparency in how Beijing arrives at its decisions, which in turn will reduce undue suspicions of its motives while at the same time help better integrate Chinese aid and investments in national policymaking processes in recipient countries.

But perhaps the greatest reason for Beijing’s embrace of sustainable development comes from within. For years, the country has witnessed uneven development, with several central and western provinces lagging behind in most indicators of human development. And while rural poverty remains high, there are also growing problems related to urban poverty and the overall quality of life for migrants that lack access to social services. Moreover, there is now a renewed debate within the country about the costs of rapid economic growth. With the growing menace of air pollution and growing concerns over food safety, the discourse on most social media platforms has long focused on the desire for blue skies, clean air, clean water and safe food. Hence, it makes perfect sense for the government to exhort the virtues of sustainable development, particularly at a time when the general public may be worried about a possible economic slowdown. I was surprised to notice the clear blue skies over Beijing during my visit in mid-January. I hope there will be many such “good air” days in Beijing and other Chinese cities in the near future.