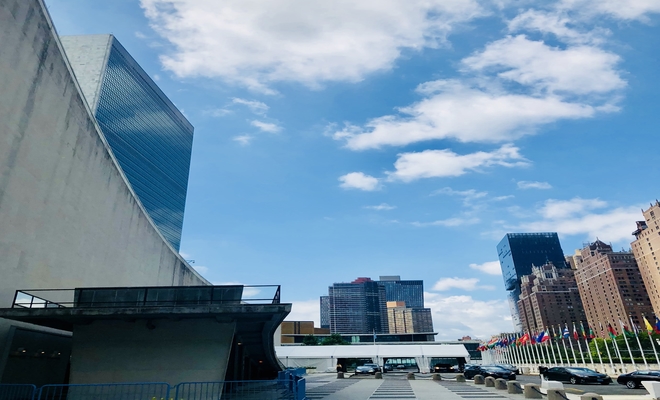 A short introductory video shown during the HLPF 2018 opening ceremony, and based on the findings of the recently published Sustainable Development Goals Report 2018, put the current state of world development in perspective.

However, such successes must be viewed in relation to the rising problems and challenges. Some of these have been well-documented in the SDG Atlas published by the World Bank, drawing on its World Development Indicators.

What, then, are some of the major obstacles for achieving the SDGs?

Let me highlight four overarching sets of challenges based on a summary of the Voluntary National Reviews that countries presented at the HLPF earlier this month and my recent conversations with a broad range of individuals and organizations this summer.

An overall conclusion of the discussions at the 2018 HLPF is that the pace of action is slow and that far too many people of the world are still being left behind. Marie Chatardová, President of the UN Economic and Social Council (ECOSOC), argued that the SDGs “require more than the dedication and goodwill of governments … they should be the program on which people hold their governments accountable”. Many others I interacted with spoke of the importance of ensuring that actions keep pace with aspirations. Still others noted that problems and challenges of implementing the SDGs are largely ignored by countries when they present their Voluntary National Reviews at the UN. In his preface to the Sustainable Development Goals Report 2018, UN Secretary General Guterres notes that a particularly worrisome fact is that the most disadvantaged and marginalized groups are not being prioritized and that youth unemployment is steadily increasing in many parts of the world. He aptly observes, “With just 12 years left to the 2030 deadline, we must inject a sense of urgency”.