The Government of Norway recently launched a new action plan for climate adaptation and food security, building on the key principles of the 2030 Agenda. 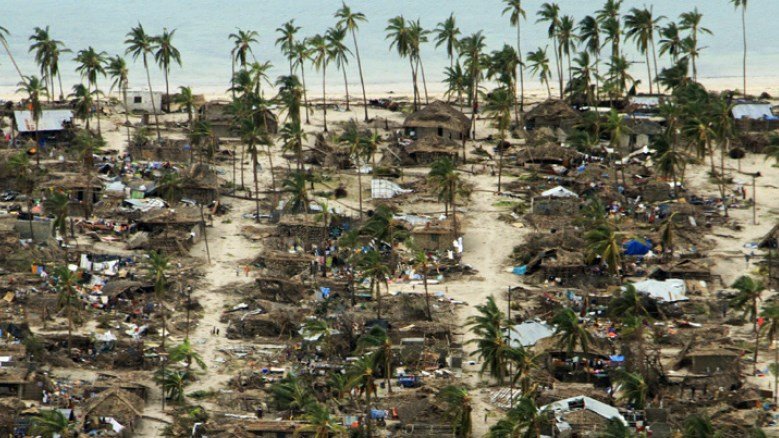 Climate disruption has had devastating impacts on human lives, economic development and the environment. While extreme weather, floods and droughts forced 24 million people to leave their homes in 2019, 2020 was one of the hottest years ever recorded. There are 60 million more people living in hunger today than five years ago. And the Covid-19 pandemic has made poverty, food insecurity and hunger more acute, especially for vulnerable groups in many parts of the world.

Last week, the Government of Norway launched a new action plan for climate adaptation and food security (see video of the launch here). The plan builds on key principles of the 2030 Agenda, including a focus on assisting the most vulnerable and left-behind populations first. The plan (currently available only in Norwegian) aims to reduce hunger, achieve food security and promote sustainable food systems based on agriculture and fishing. The goal is to strengthen the ability of low-income countries to adapt to climate change as well as manage climate-related risks.

Climate adaptation involves understanding the risks of climate change and imposing measures to prevent and reduce change, while capitalising on the opportunities that change can bring. Without effective adaptation measures, climate change could adversely impact global food production – according to some estimates, we can expect a 30% reduction by 2050. Since 2014, the number of undernourished people in the world has increased, and in 2019, 9.7% of the world’s population – or just under 750 million people – lived with severe food insecurity. In addition, 16% of the world’s population – or more than 1.25 billion people – currently experience moderate food insecurity. Several countries today (e.g. Yemen) are on the verge of famine. The combined effect of floods, droughts and extreme weather conditions have made famine more acute in large parts of the world.

The action plan aims to support innovation and digitalisation for increased climate-smart productivity within agriculture. It includes strategies for sustainable and climate-adapted food production, including access to technology, improved farmer knowledge and access to necessary goods, reduced food waste and preservation of biological diversity. In accordance with a key principle of the SDGs, the Norwegian plan aims to “leave no one behind” by prioritising vulnerable and marginalised groups that are most affected by climate change.

Conflict disruption is often intensified by conflict, and half of the 20 countries that are most susceptible to global warming are countries in armed conflict. In terms of climate and security, the action plan outlines support to tackle climate-related security risks and threats and how these can be integrated in decision-making, for instance in the UN Security Council. The UN-agencies and multilateral development banks remain the biggest beneficiaries of Norwegian support.

The action plan also outlines the government’s plans for supporting innovative financing. Amongst other initiatives, it aims to support financing targeting vulnerable countries and groups by paying them in advance when extreme weather events are announced, thereby mitigating negative consequences. Increased awareness of climate-related risks in investments are to be achieved by diversifying partnerships for sustainable business development in low-income countries. The goal is, moreover, to support private partnerships to ensure that climate-risk is taken into account while investing in climate-vulnerable countries.

Norwegian support for climate adaptation has the overall goal of contributing to the SDGs by strengthening the ability of low-income countries to adapt to climate change and prevent and tackle climate-related risks and natural disasters. Climate-robust food systems are central to such a strategy. In 2019, the government launched an action plan on sustainable food systems, “Food, People and the Environment,” which outlines key efforts for sustainable food production. This new plan, launched last week, emphasises the need for policy coherence and cooperation between governments, multilateral organisations, the private sector, academic institutions and civil society. It aims to strengthen coordination between Norway’s International Climate and Forest Initiative (NICFI) and the action plan on sustainable food systems. In doing so, the government plans to fund research, technology and innovation by actively involving Norwegian and international research communities.

In terms of policy coherence, the action plan outlines concrete steps to ensure and facilitate close connections between humanitarian response and long-term development policy. As a result, Norway will support the prevention and management of climate-related migration by supporting relevant organisations and by expecting humanitarian partner organisations to pursue sustainable and more climate-friendly solutions.