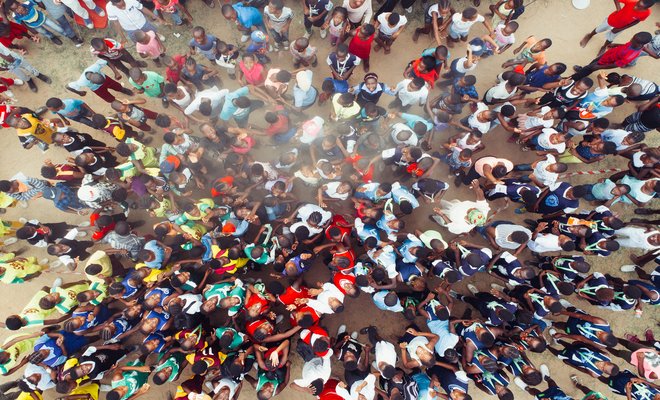 Having spent a considerable amount of time in Malawi over the past decade, I am familiar with the growing concerns among my Malawian colleagues of the country’s fast-growing population – currently estimated at 17 million but expected to be closer to 18 when the results of a currently on-going census are finalized. But Malawi is hardly alone. Much of Africa is experiencing high birth rates, which according to a recent article in The Economist, is one of the main culprits for the continent’s pervasive poverty. And it cites the example of Tanzania (with an estimated fertility rate of 4.9), where President Magufuli does not apparently see the point with birth control, having announced in 2016 that women could throw away their contraceptives as state schools will be free. More recently, in September of this year, he also claimed that birth control was a sign of ‘parental laziness’ and that a major consequence of widespread contraception is a shrinking labour force, which in turn is bad for development. According to a recent report from the Gates Foundation, other countries in the region such as Democratic Republic of Congo and Nigeria are projected to witness massive increases in their populations in the next few decades, which in turn will pose major challenges for government policies aimed at promoting development and well-being of citizens.

But it is not just Africa. The two Asian giants – China and India – have both struggled in the recent past with the population problem although with varying degrees of success. The official Chinese narrative claims that the one-child policy (in place between 1980 and 2016) averted over 400 million births – which in turn helped propel the country’s impressive poverty reduction within just a few decades in addition to aiding the global environmental agenda. Although the numbers are largely disputed by demographers (and the Chinese government has relaxed its policy in recent years for certain groups), there is general consensus around the world that the coercion-based policy of population control – including forced abortions – is not the desired alternative for other nations to follow.

I have just spent a couple of weeks in India, where most social commentators argue that the country's experience has been less than optimal. In particular, the numerous instances of forced sterilization and other abuses that characterized population control policies for several years in the late 1970s have been widely criticized as classic instances of a state trampling on the rights of its citizens. And as India is now poised to become the world’s most populous country by 2024, talk of birth control in the Indian public discourse appears muted. Moreover, the country is reportedly “unprepared” for this dubious honor.

In a fascinating recent article, Brian O’Neill (one of the participants in the debate that I participated in) and John Bongaarts refute several misperceptions related to population growth, population policies and the relationship between population and climate change. Indeed, they argue that despite its adverse impacts on the climate, the population question is largely neglected by the climate community, including the Intergovernmental Panel on Climate Change (IPCC). The population problem has been exacerbated, they claim, due to a fall in AIDS mortality followed by consistently high birth rates throughout Sub-Saharan Africa. Accordingly, the UN projects the world’s population to reach 11.2 billion in 2100 – with Sub-Saharan Africa expected to grow from 1 billion in 2015 to 4 billion in 2100.

There appears to be considerable evidence that a rapid growth in population is not good for the world’s climate. But there are many who disagree. For example, some argue that “concerns about population growth are especially irrelevant in low-growth countries like the US” and that even at the global level, “overpopulation is an overstated problem”. Others point to the success of the Green Revolution in strengthening the world’s growing capacity to feed its population -- thus debunking the doomsday claims of Neo-Malthusians. Another strand of thinking believes that modern technology (including solar and wind power) will greatly reduce the impact of overpopulation on global warming. Still others, like President Magufuli, believe that having a lot of young people (and thereby a large labour force) is good for developing countries. The general consensus, however, appears to be that overpopulation is a problem. But although many governments and civil society organizations talk about the importance of controlling birth rates, population control policies do not appear to enjoy much political interest. Why is this so?

The politics of population control

One reason for this reluctance is the numerous developmental successes the world has witnessed in recent decades. Most governments and organizations are in the business of saving lives – from HIV, from malaria, from hunger, from conflict. Indeed, international agencies and most political and societal actors talk about the importance of living long lives with good education, nutrition and healthcare – the very essence of the concept of “human development” as envisaged by Amartya Sen and Mahbub ul Haq. And even many academics may find it difficult to be persuaded by the science on the environmental footprint of population growth because a large part of what we think we know about population control strategy is influenced by the coercion and abuses that characterized sterilization campaigns in India and forced abortions in China.

And even when natural scientists can provide credible and compelling evidence (and projections) of the link between population growth and climate change, convincing policymakers to do the right thing is fraught with difficulty. Not all evidence on the projected increases in world population appears convincing – and many projections, including those of the UN, are characterized by large doses of uncertainty. Thus, one group of researchers have recently concluded that “whether lowering population growth entails overall improvements in wellbeing—rather than merely cost savings— … depends on the ethical approach to valuing population”. Thus, societal goals matter and shape political priorities on birth control.

Politicians are also reluctant to jeopardize their re-election prospects and may not wish to antagonize voters. There may be cultural, religious, financial and political reasons for not wanting to speak more forcefully about birth control and use of contraceptives. Family planning policies may moreover be poorly planned and executed (lack of resources, weak targeting mechanisms, inadequate community buy-in, poor communication of risks and benefits, failure to address social stigma, etc.).

From a developing country perspective, any talk of population control also has numerous ethical implications. For example, much of the discourse can be interpreted as the rich world telling the poor not to have too many children. And the poor are left wondering what the problem is since (given their low-consumption lifestyles) they contribute very little to increased emissions and pollution levels. Many in the Global South also suspect that the population problem is often overstated to justify restrictive immigration policies in the West.

One of the conclusions in the recent debate hosted by the Norwegian Academy of Science and Letters was that research-based evidence on the relationship between population growth, climate change and human well-being requires greater attention from policymakers. But researchers must also better communicate their findings. And there are numerous policies and initiatives that are actually working (e.g. Future Fab in Kenya) and changing human behavior without resorting to coercion. We thus need to better understand, appreciate and disseminate what works, where and why.