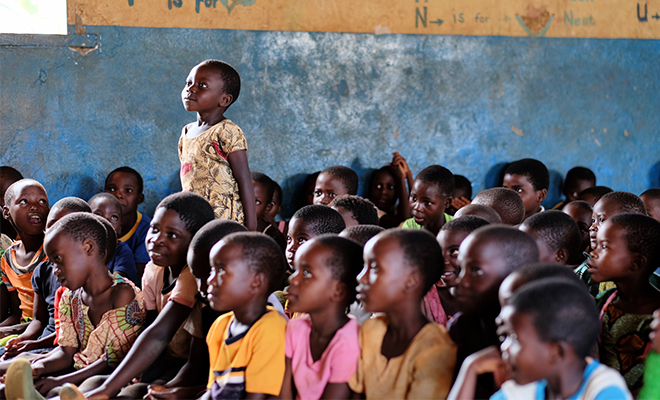 Access to basic knowledge in the world has stagnated, according to the Social Progress Index for 2019. Photo: Lars Plougmann/Flickr.

The Nobel laureate Professor Amartya Sen has often argued that human beings constitute the ‘ends’ of economic activity, rather than its means. In his bestselling book Development as Freedom, Sen writes: “Development is not about raising GNP. No one wants money for its own sake. One wants money for something else, including good health. To be free to lead a good life, not be cut off prematurely, not to have to suffer escapable ailments.” Inspired by Amartya Sen and Mahbub ul Haq, who jointly worked on the concept of “human development”, many international agencies regularly publish indexes that measure and rank country performance. Such efforts variously measure a range of indicators, including life expectancy, infant mortality, literacy, nutrition, access to water, gender equality, political rights and access to electricity.

The Social Progress Index for 2019 published last week by the Social Progress Imperative, compares six years of social progress data and provides for interesting reading. The index focuses on non-economic dimensions of national social performance. It thus aims to move “beyond GDP” and tracks and ranks countries according to their social and environmental performances.

Social progress is defined as “the capacity of a society to meet the basic human needs of its citizens, establish the building blocks that allow citizens and communities to enhance and sustain their quality of lives, and create the conditions for all individuals to reach their full potential”.

1) the extent to which countries provide for its people’s most essential needs including nutrition and basic medical care, water and sanitation, shelter and personal safety;

2) whether the building blocks to enhance and sustain wellbeing (e.g. access to basic knowledge, access to information, heath and wellbeing and environmental quality) are in place for individuals and communities;

3) whether individuals enjoy the opportunity to reach their full potential in relation to personal rights, personal freedom and choice, inclusiveness and equality and access to advanced education.

The study finds that the world, in general, is improving, and “If the world were a country, it would rank between China and Saudi Arabia”. While the greatest successes have been related to nutrition and basic medical care, the world has at the same time stagnated in personal safety issues and access to basic knowledge. Indeed, the world performs worst in relation to the “opportunity” dimension, particularly on inclusiveness and access to advanced education.

I am extremely lucky to live in Norway, which tops the 2019 social progress rankings of 149 countries. Among major world economies, the United States has consistently underperformed relative to its GDP per capita and continues to backslide relative to its peers. It is currently ranked 26th in the world, below Slovenia and Estonia. To put things in perspective: while Poland performs better than the US in terms of access to basic knowledge, Senegal and Sri Lanka perform better than the US on personal safety issues.

An encouraging finding of the study is that several low-income countries – The Gambia, Sierra Leone, and Nepal – have achieved significant social progress in recent years. Interestingly, Malawi – one of the poorest countries in the world – fares much better than many more well-off countries in Africa such as Nigeria, Mozambique, and Angola.

While all such rankings must be taken with a pinch of salt, and there are numerous challenges related to the quality and source of available data, they nonetheless can provide a useful benchmark for countries to compare their performance with others and identify areas of strength and weakness. One of the most worrying conclusions of the study is that if current trends continue, the world will not achieve the SDGs until 2073.