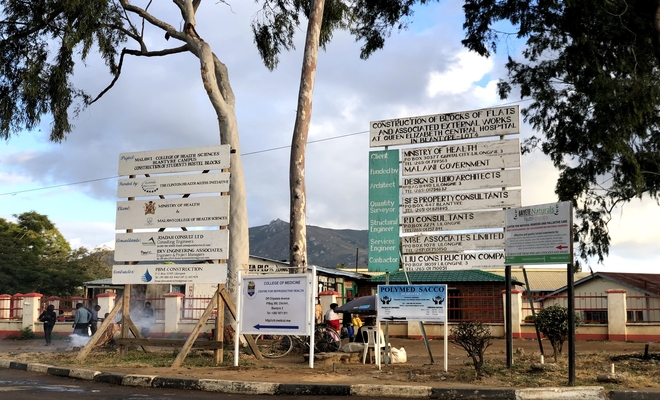 I have been studying Malawi for over a decade, and recently visited Rwanda. At first sight, Malawi and Rwanda appear to be polar opposites. While the so-called “Rwandan model” of development has received considerable attention – with the country considered to be relatively successful in reducing poverty and promoting innovative development programs in recent decades, Malawi is often viewed to be the exact opposite – a country struggling to make ends meet and recently ranked as the third poorest country in the world. Despite success in some fields – including increasing overall life expectancy (63.9 years in 2017 from 62.8 in 2016) and impressive progress in controlling the HIV epidemic within its borders (national HIV/AIDS prevalence dropped to 8.8 percent in 2016 from 30 percent in 1985) – Malawi’s economy has grown slowly, and the specter of erratic rains may adversely affect growth in 2018.

Unlike Rwanda, Malawi is a democracy, and has been ever since multiparty democracy arrived in 1994. It has also enjoyed peace. What, then, is the problem? Many local observers claim that despite being a stable democracy, possessing an abundance of natural resources and armed with a young workforce (an estimated 40% of population are youth), the country lacks dynamic political leadership. And this is where many Malawians express widespread admiration for Rwanda and its leader – Paul Kagame.

The streets of Kigali

It is easy to marvel at the spotlessly clean streets of Kigali, where virtually every corner has been swept clean and one can seldom find any form of trash lying around. Several new office buildings and international hotels dot the skyline, and a large conference center regularly hosts major international events. Tourism is also booming, and Air Rwanda is expanding its fleet and the number of destinations it services. All motorcycle taxi drivers wear vests with clearly marked registration numbers, and it is compulsory for all riders to wear helmets. Telephone apps similar to Uber are commonly used to hail taxis as well as related services. Electricity coverage is rapidly increasing although only 30% of the population enjoys access. Rwanda is also investing in renewable energy.

The story in Malawi appears somewhat different. While the country now boasts of a major international conference center and a few new high-rise hotels in Lilongwe, largely thanks to Chinese aid and investments, public transportation remains underdeveloped throughout the country. Although only around 11 percent of its steadily growing population has access to electricity, the national utility company ESCOM has been under heavy criticism for the past few years for failing to provide continuous power to even this small group of people connected to the grid. The result has been frequent power cuts and slower than anticipated economic growth. Even Malawi’s commercial capital – Blantyre – does not bear witness to much visible development. Indeed, in the 15 years since I first visited the country, Blantyre has not changed much, except for a major increase in traffic congestion fueled by a growing number of highly polluting second-hand cars that ply its streets.

A common theme that arises in discussions with academics, activists and politicians in both Rwanda and Malawi, is the nature and quality of leadership that can partly explain the widely different perceptions of the two countries in the national and international discourse. Paul Kagame, the president of Rwanda is perhaps one of the best recognized African leaders on the world stage. Tall and soft-spoken, he oozes charisma, and is the undisputed leader of his party – credited with single-handedly transforming the country in the traumatic aftermath of a horrendous genocide. He won landslide elections, promised not to run for a third term, only to change his mind and change the constitution. Despite his many successes, however, Kagame is routinely criticized in the West for exhibiting dictatorial tendencies and for curtailing press freedom as well as those of his rivals in opposition parties. But his popularity within the country as well as in countries like Malawi remains unrivalled.

Contrast Kagame to Peter Mutharika, the incumbent president of Malawi, struggling to convince his people that he is capable enough, despite his age and lack of charisma, to win the elections next year and lead his country for another term. Many Malawians routinely question the credentials of their President, who has spent most of his adult life in the United States. They cite his age (soon turning 80), lack of political experience, the absence of a clearly articulated vision for national development, and his inability to energize the Malawian public administration to deliver development. Some are now placing their bets on Mutharika’s deputy – Saulos Chilima, the incumbent Vice-President who recently quit the ruling party (but not the Vice-Presidency) and launched a new political outfit. The public debate, which initially focused on age (the Vice-President, who is 45 and has on occasion been referred to as a “baby” by his boss), is now more nuanced and there is considerable talk of charisma, motivation, honesty, new ideas, etc. But not all are equally excited at the prospect of a youthful Vice-President taking over power. As one commentator has recently argued, “leadership is not about age” and that the Vice-President “seems unwilling to comment on the fact that those propping up his candidacy are a group of recycled politicians frustrated elsewhere because they were left out of top positions”.

Many scholars have argued that until low-income countries develop the managerial capacities of their leaders (both within the public and private sectors) progress on the African continent as a whole may remain elusive. A particularly common distinction in the literature is between transactional versus transformational leadership.

Transactional leadership is characterized by an exchange of favors between leaders and their followers – rewards or punishment for good and bad performance. Thus, an individual employee’s motivation to achieve success is a product of the individual’s perceived probability of success and the expected rewards from that success. Similarly, the motivation to avoid failure results from a perceived probability of failure and the negative outcome of the failure. By contrast, transformational leadership involves binding people around a common purpose through self-reinforcing behaviors that followers gain from successfully achieving a task and from a reliance on intrinsic rewards. Transformational leaders typically act as role models and are able to motivate and inspire their followers by identifying new opportunities, providing meaning and challenge, and articulating a strong vision for the future. Such leaders are not only enthusiastic and optimistic, but also communicate clear and realistic expectations and demonstrate commitment to shared visions. A focus on leadership traits is now firmly entrenched in the Malawian public discourse. Indeed, supporters have repeatedly used the term "transformational" to characterise the Vice-President's largely untested leadership capabilities.

Most observers of African politics argue that the continent is characterized by transactional leaders, and that many countries would benefit from more transformational leaders. The deteriorating economic situation in Malawi in recent years has left many Malawians with a more favourable opinion of the dictatorship of their former leader, Kamuzu Hastings Banda, who ruled with an iron fist for 28 long years. They claim that despite limited political freedoms, the bureaucracy under Kamuzu was efficient and corruption, at least in the lower echelons of government, was contained. And Kamuzu is now viewed by many to have been strict but charismatic, with a clearly articulated vision. Some Malawians are envious of Rwanda, and claim they are even willing to sacrifice their democratic freedoms for greater economic prosperity and well-being. Such sentiments are not only echoed in Malawi, but in many parts of the region, where the discourse appears to be moving beyond simply discussing the benefits and pitfalls of democracy and dictatorship to one where the focus is on the capability of leaders to transform their countries. Such talk often revolves around a common desire for leaders who consider the needs of others over their own, share risks with others and conduct themselves ethically.

(This is a modified version of a piece first published in Norwegian in Bistandsaktuelt, June 2018)