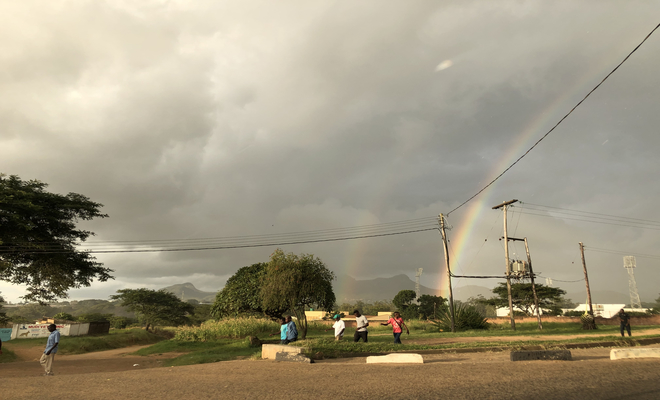 Having uninterrupted access to electricity is taken for granted in many parts of the world. In Norway, we rely on an abundance of hydroelectric power to warm our homes and offices and to light up our cold and dark winters. And in recent months, the sale of electric vehicles has skyrocketed – outstripping the demand for conventional cars. Indeed, our lives are almost never disrupted by a power cut unless something extraordinary happens. The lack of rains and available water in our hydroelectric power stations may occasionally lead to concerns over price hikes. But these not do pose a threat to our livelihoods and do not threaten industrial production. A recent report concludes that although more people have access to electricity than ever before, the world is falling short of sustainable energy goals. The situation is particularly acute in Sub-Saharan Africa.

According to recent estimates, energy access at the global level has increased significantly in the past decade. The global electrification rate currently stands at 89%. While 1.2 billion people lived without electricity in 2010, the number dropped to 840 million in 2017. Every year, since 2010, around 131 million people have gained access to electricity. While access rates in Latin America and the Caribbean has risen to 98%, electrification efforts in Central and Southern Asia have been impressive. Three countries in particular – Myanmar, Bangladesh, and Kenya – have achieved considerable progress. Others such as Afghanistan and Cambodia have also made important strides in expanding their grids and hence improving urban electrification while at the same time making good use of off-grid solutions such as solar home systems to improve access in rural areas. Even Rwanda and South Sudan – with low access rates – are among the fastest-electrifying countries in the world.

Despite some successes, over 570 million people living in Sub-Saharan Africa continue to lack access to electricity. Thus, a recent World Bank study finds that “The rate of access to electricity in Sub-Saharan Africa … is substantially lower than what it could be, considering levels of income and the electric grid footprint”. This abysmal record has major implications not just for economic growth in large parts of the continent but also severely impedes the ability of the state to provide quality social services. Sub-Saharan Africa not only lags behind other world regions in terms of access rates (43% for the entire continent and a mere 25% for rural Africa), but “the total number of people without electricity has increased in recent decades as population growth has outpaced growth in electrification”.

Even if one is lucky to be connected to the grid, enjoying uninterrupted power for the whole day remains a distant dream. The problem is most acute in Burundi, Chad, Malawi, the Democratic Republic of Congo and Niger, which are among the 20 countries with the lowest electrification rates in the world. Surprisingly, the lack of access to electricity is an endemic problem that affects countries regardless of income levels. Thus, given their comparative higher per capita income levels compared to others in the region, Botswana, Equatorial Guinea, and Namibia are illustrative examples of countries that should have achieved significantly higher access rates.

What type of strategy should policymakers in these countries pursue? Rather than relying on ad-hoc, short-term and costly arrangements – (e.g. Malawi has in recent years spent enormous sums of money leasing diesel generators to address power shortages) – the need of the hour is to demonstrate genuine political leadership and investigate the potential of long-term and sustainable alternatives of power generation, including investments in renewable energy. Securing financing for such investments is often a challenge, and the world community and the private sector must be mobilized with the right combination of incentives and regulatory certainty. Policymakers would also benefit from the availability of better quality and affordable data, including geospatial planning (e.g. using satellite imagery) for designing electrification roadmaps to identify low-cost options and better target their interventions. All of these strategies require political enthusiasm to plan, coordinate and execute. Consumers and businesses in Africa must demand and expect more from their governments.