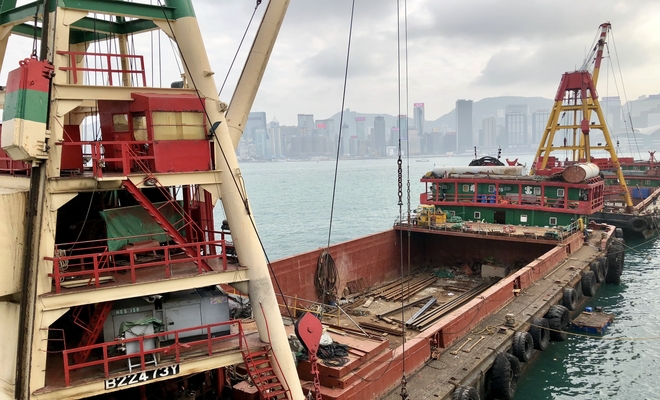 After a slow start, the Belt and Road Initiative is picking up steam. The Chinese government’s long-term plan is to undertake a series of large investments in roads, bridges, gas pipelines, railways, ports and power plants in over 65 countries along the Silk Road Economic Belt (overland routes from China through Central Asia to Western Europe) and the 21st Century Maritime Silk Road (sea routes from China’s east coast, through South-East Asia and South Asia, up to the East African coast and the Mediterranean). These activities, according to the official BRI policy document, are “a positive endeavour to seek new models of international cooperation and global governance”. Thus far, BRI activities have been completed in Pakistan (Gwadar port and the $63 billion China-Pakistan Economic Corridor), Sri Lanka (Hambantota deep sea port), Cambodia (roads and bridges), Indonesia (power plants), Kazakhstan (Khorgos dry port), Iran (hydropower dam), North Korea (New Yalu bridge) and Hungary (logistics center). There are several other projects either underway or being negotiated in Bangladesh, Laos, Israel, Mongolia, Turkey and Ukraine. (See interactive map)

Most influential international organizations appear to view the BRI positively in terms of promoting global development and the SDGs. The World Bank, for example, has been enthusiastic, with its President Dr. Jim Kim telling me during a meeting last year in Oslo (on his way back from a major BRI summit in Beijing), that he views the BRI and World Bank efforts to be complementary. Similarly, many world leaders and organizations, including the United Nations, have warmly embraced the BRI. Opening a major African Union summit in July 2017, UN Deputy secretary General Amina Mohammed told the audience: “We must work to take advantage of one of the world’s largest infrastructure initiatives … This is an opportunity not just to provide alternatives to silencing the guns for our people but one that will keep our assets both human and natural on the continent building our tomorrow today.” And the UN Secretary General has often spoken of the immense potential of BRI in integrating low-income countries with the global economy. Several European countries, including Spain, UK and France, have also expressed support.

Linking BRI with the SDGs

Despite recent allegations of it being under Chinese control, the UN’s Department for Economic and Social Affairs (DESA) has been actively promoting the BRI. For example, one DESA analyst has argued that the BRI’s five priority areas – policy coordination, facilities connectivity, trade and investment, financial integration, and people-to-people bond – are crucial for the promotion of the social, economic and environmental dimensions of sustainable development. According to another commentator BRI “embodies many of the same principles that are needed for SDG implementation: long term planning, cooperation between states, and the development of public-private partnerships.” Still others claim that by helping to integrate small and emerging markets into the global economy, BRI will enable countries to “better exploit their natural resources and ensure that their demographic dividends are invested rather than squandered”.

Although BRI activities will have numerous spillover effects on all of the global goals in the 2030 Agenda, closer linkages with SDG 7 (access to affordable, reliable, sustainable and modern energy for all) is particularly crucial. Over a billion people lack access to modern energy. But according to a 2017 UN Report, “Progress in every area of sustainable energy falls short of what is needed to achieve energy access for all and to meet targets for renewable energy and energy efficiency”. The report goes on to note that “Meaningful improvements will require higher levels of financing and bolder policy commitments, together with the willingness of countries to embrace new technologies on a much wider scale”. This is where Chinese capital can make a major difference. But for that to happen, there needs to be greater transparency in how China selects BRI projects and how it arrives at investment decisions. Similarly, citizens in many countries are demanding greater transparency and on the policy processes pursued and terms and the conditions agreed to by host countries while accessing Chinese loans. And both citizens and the international community are particularly wary of the mad rush to access BRI loans by national governments without a viable plan to generate domestic revenue required for repayment.

Our research shows that China does not abide by the Paris principles in its aid policies and it does not distinguish between grants and loans. The strategy is to make recipient governments believe they can shape their own development strategies without outside interference. Unlike Western donors, China does not believe in offering aid conditioned on improving local governance or combating corruption. But this insistence on sticking to a non-interference principle often results in projects decided by political leaders in aid-recipient countries that do not necessarily reflect the will and needs of local populations. How China goes to practice the non-interference policy in BRI projects (e.g. by commissioning independent feasibility studies and impact evaluations as well as solicit the view of local civil society organizations) may well determine the success of the BRI in relation to the SDGs.

Countries and organizations tend to interpret BRI variously – national vision, Communist party propaganda, quest for world recognition of China’s might, investments in concrete projects to enhance world trade, major shift in development policy, platform for global cooperation. The construction of a new military base with BRI funds in Djibouti – the first overseas base for the People’s Liberation Army – has lent credence to claims by some that the real intention of China is to seek both economic and military dominance in world affairs. One fear is that the BRI is hollow and simply an attempt to project China as a reliable and strong superpower. Others point to troubled spots in the regions between China and Europe, and question the viability of implementing major infrastructure projects in politically unstable environments. India is particularly opposed to the China Pakistan Economic Corridor, which it believes threatens its own sovereignty by bringing the Chinese presence even closer to its borders in the east and west.

Despite its obvious benefits in relation to the 2030 Agenda and the SDGs, there is also some concern that BRI will create a new era of highly indebted countries that will require bailouts. Chinese financial institutions are also being exposed to considerable risks. Chinese banks have reportedly already invested over $200 billion since 2013 in BRI projects. Western banks have not shown much enthusiasm thus far, as they worry about spiralling funding costs and risky compliance frameworks. Thus, policy lenders (such as China Development Bank, CDP and Export-Import Bank of China, EXIM) and commercial banks in China are taking on major risks in financing projects and providing concessional loans in very challenging economic and political contexts, particularly in Asia. Although both CDP and EXIM are aware of the risks involved and have begun imposing debt ceilings and limits of credit lines, many worry that the real burden will be borne by borrowers such as Indonesia, Laos, Sri Lanka and Pakistan. A recent report on the failure of the Hambantota Port Development Project to generate enough traffic along one of the world’s busiest shipping lanes (and the huge debt incurred by Sri Lanka) is a case in point.

Although China has been criticized for having enlisted UN officials and agencies to promote BRI, it is clear that the promise of large doses of capital and Chinese expertise in building roads, railways, airports, seaports and energy pipelines has considerable appeal to many low- and middle-oncome countries. As Branco Milanovic has argued, affluent nations of the world have until recently basically withdrawn from the “hard” aspects of development and focused their development aid in recent decades on so-called “soft” areas such as direct budget support to governments or funding initiatives that focus on governance, transparency and empowerment. Moreover, the introduction of BRI has fast-tracked the creation of new multilateral financial institutions (e.g. the New Development Bank, the Asian Infrastructure Investment Bank and the Silk Road Fund) that can usefully supplement the work of the traditional multilateral financial institutions.

Apparently, a major motivation for setting up the BRI also appears to be China’s realization, in the wake of the global financial crisis, that its economy was overdependent on the West, and that it needed to boost cooperation with the rest of the world. Thus, China portrays the BRI as part of its consistent commitment to globalization. As President Xi declared during a major international summit on BRI in Beijing in May 2017: “In a world of growing interdependency and challenges, no country can tackle the challenges, also the world's problems, on its own”. And some Chinese argue that those that are critical or even suspicious of BRI are “blinded by an outdated, cold war mindset”.