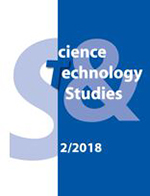 The paper uses qualitative data from Norway and the United Kingdom to understand the new technology of In Home Display monitors as a material object loaded with meaning and norms that may affect social practices and relations. The displays are designed to encourage householders to reduce electricity consumption. In contrast to technologies associated with ‘smart meters’, the monitors under study cannot be used for controlling or automatising various types of electricity consumption, but these devises nonetheless often form part of ‘smart grid solutions’.

A large part of the research in this area has attempted to quantify the impact of displays, and qualitative research focusing on the users has also mainly sought to explain why - or why not – the introduction of displays has resulted in reduced household consumption. This paper follows a more open approach to the introduction and impact of displays by paying attention to the existing routines and social practices into which the display enters and potentially becomes integrated and domesticated. We examine to what extent ideas and norms inscribed in the display continue to have a bearing on the household moral economy and internal dynamics as the objects are negotiated and taken in use in British and Norwegian homes. Drawing on earlier studies that have sought to combine practice and domestication theory for understanding displays, the study’s novelty lies in its focus on the materiality of displays and social implications thereof, and its analysis of the social status of this object in two different contexts. 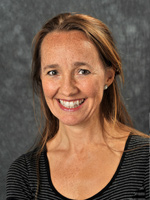