Building the nation's body: The contested role of abortion and family planning in post-war South Sudan

In Social Science and Medicine, 2016 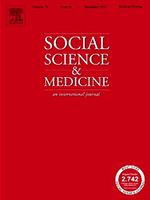 This paper offers an ethnographic analysis of public health policies and interventions targeting unwanted pregnancy (family planning and abortion) in contemporary South Sudan as part of wider ‘nation-building’ after war, understood as a process of collective identity formation which projects a meaningful future by redefining existing institutions and customs as national characteristics.

The paper shows how the expansion of post-conflict family planning and abortion policy and services are particularly poignant sites for the enactment of reproductive identity negotiation, policing and conflict. In addition to customary norms, these processes are shaped by two powerful institutions - ethnic movements and global humanitarian actors - who tend to take opposing stances on reproductive health. Drawing on document review, observations of the media and policy environment and interviews conducted with 54 key informants between 2013 and 2015, the paper shows that during the civil war, the Sudan People's Liberation Army and Movement mobilised customary pro-natalist ideals for military gain by entreating women to amplify reproduction to replace those lost to war and rejecting family planning and abortion. International donors and the Ministry of Health have re-conceptualised such services as among other modern developments denied by war.

The tensions between these competing discourses have given rise to a range of societal responses, including disagreements that erupt in legal battles, heated debate and even violence towards women and health workers. In United Nations camps established recently as parts of South Sudan have returned to war, social groups exert a form of reproductive surveillance, policing reproductive health practices and contributing to intra-communal violence when clandestine use of contraception or abortion is discovered. In a context where modern contraceptives and abortion services are largely unfamiliar, conflict around South Sudan's nation-building project is partially manifest through tensions and violence in the domain of reproduction.