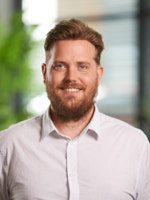 Bjørn L Brauteseth was born and raised in South Africa and has a deep love for the African continent. His academic interests are rooted in Africa's history and its hopes for the future. He is committed to an interdisciplinary study of law, history, language, development, conservation and politics. He is also fascinated by China and has lived in Taiwan and China for nearly a decade. As China is Africa's largest trading partner, his focus has always been Sino-African relations. In particular he believes it is vital to investigate the normative and legal power of Xi Jinping's China and what that may mean for developing nations. In his work, Brauteseth also wishes to explore legal innovations that support conservation and green infrastructure in Africa.

In 2013 Brauteseth wrote a thesis on 'Chinese Traditional Characters in a Multilinguistic Context' in which he explored the language policies and writing systems of Chinese minority Sinitic languages such as Cantonese and Hokkien.  Between 2014 to 2016 he conducted research investigating the legal regimes governing China's investments in hydro-energy in Africa. From 2018 to July 2020 he investigated the international implications of China's employment of Xi Jinping Thought as a basic theoretical interpretation for human rights and the right to development.  Currently he is carrying this focus forward at SUM, in which he asks the research question: "Does Xi Jinping Thought and the Chinese Constitutional concept of Ecological Civilization have any legal and practical effect on Chinese Development and Multilateralism in Africa?".