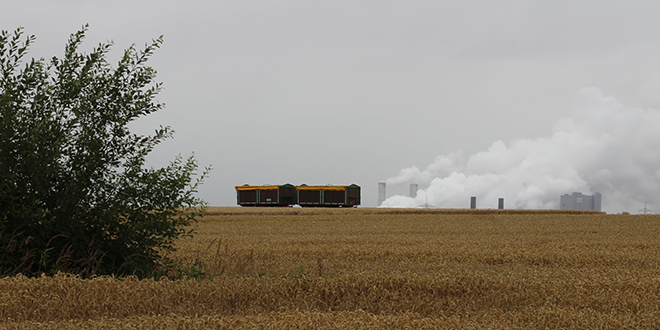 The spaces that are reshaped by the processes of violent accumulation are populated with individuals and communities who navigate the shifting economic, social, and political seas in the ongoing transformation of rural spaces.

A recent special issue explores these processes and provides a conceptual approach with which we may understand how local people seek to make meaningful connections and disconnections to the capitalization of space, resources, and social relations.

By focusing on the analytical purchase of ‘aspirations’ we seek to capture how people embrace the contradictions of contemporary agrarian transformation through various forms of speculation, compliance, complicity and manoeuvering.

Even in the direst of circumstances, rural inhabitants continue to plan, think about their futures, and create tactical and strategic pathways. The special issue highlights this agency. It also issues a warning, however: aspirations are often the topic of economistic chicken-soup-for-the-soul self-improvement literature that imagines a personal and individual capital that may be unleashed in order to make people fulfil their development potential. We view this as highly problematic. In contrast, we argue that people’s aspirations are produced, conditioned, and articulated at particular conjunctures where processes of rural transformation and imagined futures fold into the present.

In line with this, we theorize aspirations through three interlocking propositions:

In short, as an analytical lens to understand how people themselves understand and engage in the transformation of rural spaces, aspirations must be understood as profoundly temporal, social and conjunctural processes.

Scholars of critical agrarian studies agree that the global countryside is undergoing profound and continuous change. Some rural spaces are integrated into and consumed by capitalist modes of production, while others are virtually abandoned.

These ongoing processes of change reshape rural spaces and their social organization, and has spawned diverging scholarly perspectives on the classical agrarian question. The special issue contributes to these debates.

We suggest that aspirations can be a useful and productive entry point for analyzing the dynamics of the changing countryside without losing the fundamental critical thrust in the ‘agrarian question’ literature.

Yet, we argue that contemporary questions of rural transformation must embrace broader issues than the conditions and viability of agrarian livelihoods. The representation of rural lives as inherently agrarian have no grounding in empirical realities, and tend to obscure how conjunctural shifts shape individual and collective ideas about alternative futures.

However, a wider concern with contemporary rurality across agrarian and non-agrarian dynamics should not be read as a celebration of a new rurality. Aspirations are produced in a context of what Marxist political economist have called uneven development. The increasing pluri-activity of rural livelihoods are unlikely to change that. Diversified and non-agrarian livelihoods may be just as unevenly distributed and precarious as their agrarian counterpart. Yet, the extent, dynamics, and shapes of rural inequalities and precarities remain empirical questions for investigation.

The contributions to the special issue take up these questions from diverse rural localities across Latin America, Europe and South Asia. In the process, they challenge mono-linear narratives of rural development by highlighting local imaginaries of the future that grow out of rural realities and aspirations.

Much scholarly work on aspirations tend to overemphasize individualistic properties and to downplay social, historical and political dimensions. Development discourse reflects this: Here, rather than question the forces that structure rural agency, the individualization of aspirations adds burdens on the individual. Our contention is that aspiration must be conceptualized beyond the individual. Instead, we highlight aspirations’ entanglement in historically conditioned negotiations of what is desirable and socially acceptable. This implies that aspirations are part of a contentious field of social institutions and rural organizations that struggle to define viable and desirable development pathways at both community and household level.

Thus, we suggest that aspirations are conjunctural constellations that inform how people navigate shifting terrains; that they are part of wider ethical and normative orientations, and that they are shaped by material conditions.

We propose to conceptualize aspirations across three interlocking dimensions of analysis:

Aspirations are conditioned by historical conjunctures. This perspective suggests that what can be imagined and carried out is contingent upon historical structures of possibility. Hence, a conjunctural approach to aspirations has a double focus: on the one hand, it looks at the construction of imaginations that suggest alternative development pathways, and, on the other, it pays equal attention to the social arrangements that enable aspirations’ imagination and enactment. As an analytical strategy, this approach historicises aspirations by scrutiny of how political and moral economies shape their becoming and how social, economic and political forces condition their materialization into social action.

Aspirations are profoundly temporal. They relate, we suggest, to futures that may appear as given or open to change. The former prompts anticipatory practices aimed at making the best out of a fixed future; the latter transformative practices aimed at changing, more fundamentally, future dynamics. While these are kept apart analytically, in practice they are not mutually exclusive. Many rural organizations that we have encountered operate within both temporal registers. Their social projects may thus appear productively contradictory: seeking simultaneously to accommodate to and challenge the status quo of the existing social order.

Aspirations entail negotiations over both self and community. From the two dimensions discussed above, it follows that aspirations simultaneously articulate a historically contingent present and imaginations of both past and futures. Although aspirations are often expressed in terms of individual hopes and desires, they are deeply social in the way that they entail negotiations across these temporal spheres. As individuals and collectives seek to make sense of rural development and agrarian transformations, aspirations often coalesce around particular rural institutions or infrastructures that mediate their social negotiation. In turn, such negotiations may reflect back on the constitution of both subjectivity and community.

In this conceptualization, aspirations are not simply individual, but produced in those contested spaces between competing ambitions, individual and collective, and their concomitant notions of progress and modernity. Such contests involve tensions between a nostalgia for what sociality and identity used to be, and dreams of future well-being, and hence, the reconciliation between individual and collective hopes and desires.

Aspirations may thus pose a radical challenge to existing social structures and the institutions and organization that sustain these. In this process of breaking down and reimagining, we see that aspirations stand in a recursive relationship to subject positions: aspirations are shaped by subjects, and they produce new subjectivities. Individual aspirations may enable the emergence of new forms of social organization. Conversely, new collectivities may also be productive of individual aspirations. Here, the ability of social organizations to institutionalize particular pathways and resource control become fundamental for how they may act as conduits of rural aspirations.

The special issue presents this approach to rural aspirations through six case studies. The contributions discuss the role of rural organizations in creating development pathways (Aguilar-Støen, Rasmussen), the allure of tourism economies (Lyall et al, Bennike), and the breakdown and reconstruction of new social orders (Dorondel and Serban, Jakobsen and Nielsen).

Articulation of aspirations is situated, socially embedded, and temporally specific. A conjunctural analysis can unpack it. This entails a detailed attention to the political, social and economic forces, which structure the articulation and enactment of aspirations. Aspirations can create fertile ground for the emergence of new social forms.

However, the conjunctural reminds us that not everything is possible. Even the imagination – the ability to think about alternative futures and social arrangements – are conditioned by the structures of possibility of the present. Both individual and collective aspirations are rooted in local contexts, historical experiences, and structures of domination and power.

Aspirations are therefore not flowing about freely: they involve contests of which kind of future is viable and desirable and what kind of collectivity with its particular historical roots and moral economies should vouch for these. Yet, we do not think that aspirations should not inform development. But, if we are to engage with aspirations in a productive way, we must understand how aspirations express not only a desired future, but equally a critique of the present; how this particular version of the future and the pathways towards it is conditioned by social dynamics; and how this is informed by social positions within both communities and wider societal relations.