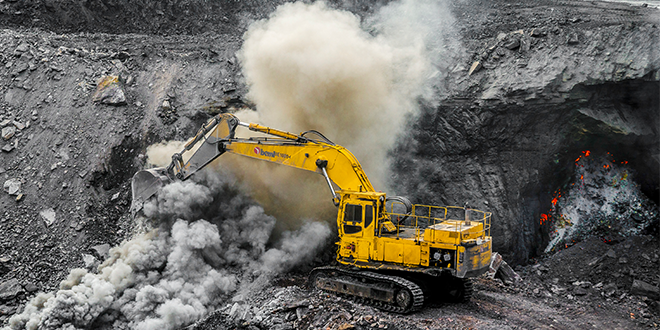 In India, coal is the resource that more than any other shapes the nation’s political economy and ecology. Not only does coal transform communities and landscapes, and rearrange social relations in the coalfields, along transport routes, and in Indian mega cities, it is also fundamental to India’s national and global relations by shaping the balance of trade, energy security and climate policies. While other forms of energy, especially solar power, is gaining ground, it is clear that India will remain heavily dependent on coal in the foreseeable future. While this will have a negative climate change impact in its own right, it also severely hampers the prospects for low-carbon transitions in the short and medium term.

Coal is available in India in large quantities close to the surface. It remains the main source of electrical energy to this day and its use has expanded dramatically in recent decades. Yet electrical energy supply has suffered from chronic shortages that amount to a veritable national crisis. While domestic coal and other forms of energy have thus expanded, a new and hitherto unmapped coal geography has been put in place alongside the old one. This new coal geography relies on imported coal from Indonesia, South Africa and other countries, to power private sector plants in new locations along the coastline. We refer to this new coal power as India’s new coal geography as it operates in parallel to the old geography of coal.

Coal in India has a long history, with the first mine starting during colonial times in Raniganj in 1774 in Bengal. With the setting up of the National Coal Development Corporation (Coal India) in 1956, the process of nationalization of coal began.

In the coal supply and power generation system which we term India’s old coal geography, Coal India would extract coal in the central and eastern parts of the country, and transport it via heavy-duty links by the Indian Railways to the main cities of the North, West and South. Here it was used in power plants operated by the National Thermal Power Corporation, or one of the many state electricity boards around the country. The old coal geography overwhelmingly relied on public sector investment and governance and was able to expand steadily over decades. Yet in spite of its vast scale and substantial policy support, neither coal production nor thermal power generation kept pace with electricity demand. The old coal geography persistently struggled to serve all consumers, to remain financially viable, and to provide environmental and social safeguards. By the 2000s, the struggling old coal geography had entered into a prolonged state of crisis as the gap between demand and supply escalated dramatically. Other forms of electricity production did not contribute enough, and so a discourse of a “national energy crisis” emerged and took hold, driven by the evident inability to supply electricity in line with developmental targets, and by the critiques and aspirations of key pressure groups.

In response to these churnings, a new coal geography has emerged over the past two decades to complement the domestic, public coal power sector. The new coal geography signals a policy shift back towards private sector dominance as in the colonial period, through the state’s slow but steady economic reforms over decades. These were followed by a more direct opening up of the sector, first to domestic firms and, in 2019, to international investors. The new coal geography is coastal, anchored in areas away from the expensive land of metropolitan areas, but also at a distance from those rural areas where the acquisition of agricultural and forestlands has been hugely controversial in recent years. An important technique in establishing the ports, transport infrastructure and power plants of the new coal geography has therefore been to identify government-owned lands such as swamps, riverbeds or other officially unused spaces. This well-known technique is discussed in both the global and Indian land grabbing literature, where lands are rendered ‘vacant’ in order to make new investments possible.

In addition to effecting dramatic rearrangements of coastal land use, the new coal geography marks a major departure from the well-established trajectory of Indian development planning rooted in resource nationalism in other ways too. It relies crucially on private actors and imported coal. Indeed, thermal coal imported for power production is an entirely new phenomenon. Before 2002, there is not even data on imported thermal coal as a separate category in available statistics. The latest figure from 2018-2019 shows import of 150 million tons. Using available statistics from 2007-2008 as a baseline, this amounts to an increase in imports of thermal coal of a whopping 1,400 percent in just over a decade. As far as we know, imported coal has been used to fuel the 29 large-scale thermal power plants that have been built along the coastline since the early 2000s, although some has also been used for industrial purposes.

The key requirement for the new coal geography is precisely this possibility to flexibly import coal from Indonesia, South Africa and other locations, possibly in combination with domestic coal if and when this becomes available at a lower cost. Coal procured from these countries is shipped to newly constructed ports under private ownership. From here, the imported coal requires new transport solutions to take it to the newly constructed thermal power plants that are similarly under private ownership. Long distance high voltage transmission lines to the main cities and industrial zones complete the new coal geography.

In the below figure we have mapped the Indian side of the new coal geography. The newly built thermal power infrastructure along the coastline has been identified using documents from the national government, and then verified visually on satellite imagery and in news reports.

While private sector investment thus dominate across ports, plants and transport and transmission infrastructure, the state still plays a key role in ensuring long-term electricity prices sufficient to pay for the loans taken by private actors to make the large investments. The state also seeks to cushion private actors from price variations in the international market.

The new coal geography is enabled by a set of new technological and infrastructural solutions. Global coal shipments is one such obvious infrastructural solution together with the use of imported, mainly Chinese, power-production technologies. Long distance electricity transmission via high-tension wires ensure that the new power plants can be located close to the new ports on coastal lands rather than next to the consumers. When major coal infrastructures are put in place in such coastal areas, they are transformed from being marginal to being a ‘hub’ in the national energy infrastructure. Because officially vacant lands are rarely vacant in practice, the new coal infrastructure brings new groups of people into direct proximity with coal. This includes particularly fisher folk, but also agriculturalists and in some places even the tourist establishments, in ways that have not occurred historically. The integration of coastal lands into the new coal infrastructure has therefore been heavily contested. A case in point is the hugely controversial Sompeta thermal power plant in the state of Andhra Pradesh where the officially vacant wetland identified for the plant was not only used by poor fishing communities, but also functioned as a flood protection mechanism for nearby farmers.

The new coal geography has considerable implications for both India’s international relations and domestic energy security and low-carbon transitions. While long-term electricity price agreements may offer stability, the entry into international coal markets with highly fluctuating prices introduce new uncertainties. In addition to unpredictable prices, the international coal trade is also faced with several challenges, including in the main exporting countries. This includes growing public controversies related to coal mining and exports in Australia, as well as Indonesian government attempts to use coal domestically rather than for export. The new coal geography also introduces new vulnerabilities when energy provision shifts to smaller private sector entities with little operational experience and reduced financial strength, who now need to navigate volatile global markets and unstable coastal locations. Insolvency is a possible outcome, with all that entails. But perhaps more importantly, it extends and reinforces the use of coal energy at a time when renewable alternatives are increasingly feasible and necessary. The immediate consequences of this scenario for carbon emissions and climate change are evident enough. Another major challenge in the years to come will be how much of a drain on India’s resources this new coastal coal geography will be – a geography that not only causes environmental disruptions in vulnerable coastal locations and undercuts low-carbon transitions, but which might not even be financially sound in the long run, given the ongoing solar power boom which now produces electricity at lower prices.

In part two of this series we look more closely at the transformation of the small state of Goa into a new coal hub.