The global police state and the rural world

The manifold techniques and technologies deployed for repression, control and domination have long been a staple interest for political ecologists and scholars of agrarian change. As the noted theorist of global capitalism William I. Robinson, releases his latest book The Global Police State, there is reason to pay attention. 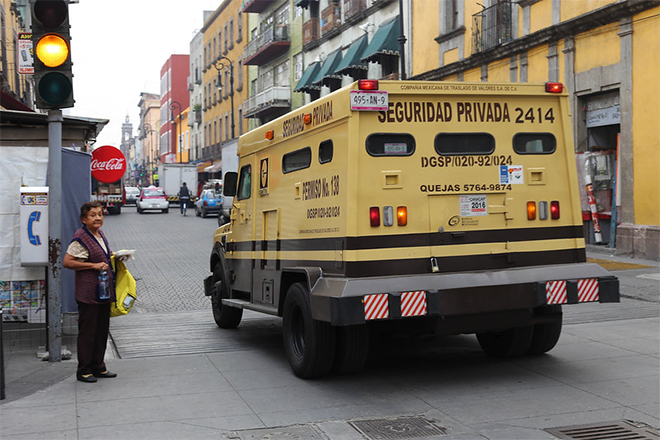 What is the global police state?

Known for bold, wide-ranging and provocative arguments, Robinson this time offers ‘the concept of global police state to identify more broadly the emerging character of the global economy and society as a repressive totality’, consisting of three ‘interrelated developments’ (p. 3).

First, the spiraling inequality of global capitalism, at the hands of its ruling classes, develops towards ever-greater reliance on systems for violent control, repression and warfare in order to contain rebellion from the working classes. Second, this implies that global capitalism in fact comes to center increasingly on ‘militarized accumulation’ or ‘accumulation by repression’ as a source of profit making. Third, political developments worldwide are going in the direction of fascism or totalitarianism, facilitating while being facilitated by the global police state.

Underpinning all three developments are the cascading crises of global capitalism that, Robinson holds, are reaching unprecedented heights at the current conjuncture. Capitalist hegemony, in other words, is facing an ‘increasing crackdown’ (p.112) leading the way to more urgent repression.

Working classes, Robinson holds, are increasingly not only being exploited as labor but also turning into what he terms ‘surplus humanity’ as ‘the mass of humanity thrown into the margins of the system’ (p. 50). Only tenuously connected to global capital, sometimes left out entirely, this surplus humanity constitutes a massive and mounting problem for the ruling classes. ‘The global police state’, Robinson writes (p. 5), ‘is centrally aimed at coercive exclusion of surplus humanity’. This account stresses the escalating challenges of maintaining a global order that generates ‘savage inequalities’ and undermines the basis of life for the vast majority of humankind while amplifying the wealth of the few.

The global police state serves to manage precisely this challenge of ‘savage inequalities’, increasingly replacing efforts towards legitimacy. In doing so, it simultaneously controls and accumulates. This is done, Robinson argues, by way of innovations in digitalization of surveillance, the crossover of military and civilian technologies, para-militarization of civil society and public space, criminalization of ‘acts of survival’ (p. 68) with rising policing, incarceration and much else. Megacities, housing large portions of ‘surplus humanity’, emerge as the key sites for the development and deployment of the global police state.
Meanwhile, militarized accumulation and accumulation by repression drive military expansion. More stealthily still, ‘[t]he various wars, conflicts, and campaigns of social control and repression around the world involve the increasing fusion of private accumulation with state militarization’ (p. 78). Thus, the transnational capitalist class overtakes much of the role of the state, including by way of private (para-)military and security firms. Underpinning these developments are technological advancement in digitalization and surveillance, tying ever-more fractions of the global capitalist class into circuits of militarized accumulation.

While others have commented on how the notion of the transnational state in Robinson’s earlier work may lead to the neglect of important spatial scales (nation-states) to uneven capitalist development, focus in the present book is rather on the global police state as a ‘repressive totality’.

The book also invites another line of scrutiny for scholars of rural issues: Namely, the notion of surplus humanity and its relation to an emergent global police state. Curiously, Robinson appears to perceive surplus humanity as primarily an urban phenomenon, whereas Tania Li and others have established rural-based surplus populations as a key aspect of contemporary capitalist transformations. Seen from the rural South, moreover, the global police state does not necessarily appear primarily as an instrument of ‘coercive exclusion’. The global police state may also be a rising source of (more or less precarious) employment. As such, the seeming ‘extrinsic’ relationship between the global police state and its operators – the transnational capitalist class – and the rural world may need some rethinking.

The case of India

Take India. By some accounts, the country is home to the world’s largest private security force, more than three times the size of the public police force. The private security industry is rapidly expanding, and is known for corporate involvement, including with Indian firms buying up foreign (British, amongst others) security firms – the transnational capitalist class, indeed. To quote from a leading industry report:

These security forces, it needs be noted, are not only active in urban areas (or ‘megacities’, as in Robinson’s hotspot) but can easily be found across the Indian countryside. One only needs to keep an eye open while passing by sites where mineral extraction is going on, renewable energy infrastructure is being constructed, large plantations are located, or, for that matter, where small town ATMs and other credit services are found or peri-urban real estate is being developed. Yet there is probably no denying that private security is especially ubiquitous in urban areas. The industry report adds another important point: Security guards, we can read later in the report, are often ‘recruited from rural areas and are unfamiliar with many aspects of working in urban areas’. Divide and rule returns in new guises.

In short, this is the contour less of an ‘extrinsic’ and more of an ‘intrinsic’ relationship between the global police state and the working classes of the world. This clearly poses certain questions to Robinson’s formulation of surplus humanity. It may also make the global police state into an even more insidious and pervasive force.

Political ecologists and scholars of agrarian change can take Robinson’s lead towards further depths of engagement between the possibility of a global police state and the rural world.