Degrowth debates increase with its popularity, but scholars favoring degrowth are starting to raise concern with ‘degrowth reformism’ and its potential for co-optation by mainstream interests. 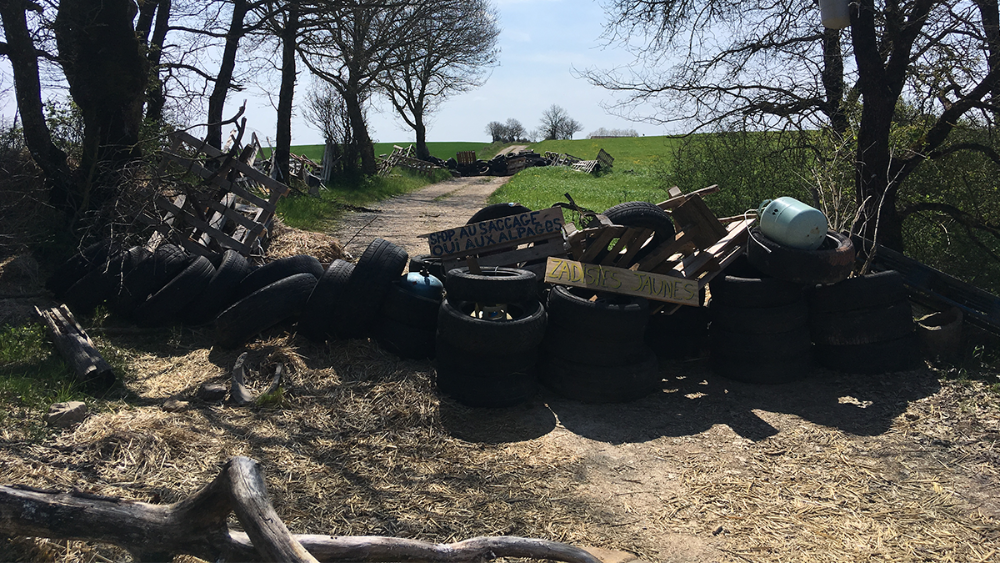 The proliferation of degrowth literature and debates are astounding. Recently Timothée Parrique posted a list of recent debates. There are many. Some deserving of more attention than others. There are two, however, I find important, articulating critical care for degrowth. Degrowth, for those who do not know, is the general advocacy to plan a reduction in energy and material throughput to restore balance with the planet, meanwhile reducing inequality and improving human well-being.

The first is Ted Trainer’s reply to Jason Hickel’s “What does degrowth mean? A few points of clarification” in Globalizations. The other, published on the STEPS Centre blog, is “Degrowth and the pluriverse: continued coloniality or intercultural revolution? by Saurabh Arora and Andy Stirling. Both articles are familiar with and embrace degrowth, yet raise similar issues regarding degrowth reformism: Its failure to adequately challenge development and colonial(-statist) reproduction.

Summarizing the main points from each commentary, this article discusses their commonalities, weak points and shared concerns. Concluding that while mainstreaming degrowth, authors ought to exercise caution to honor—broadly considered—its insurrectionary potential and incompatibility with capitalism. Ecological catastrophe ought to be the “sugar” to make the bitter degrowth “medicine” acceptable in public policy and consumer society. In fact, degrowth’s potency rests in how it challenges techno-capitalism, while simultaneously placing the state in an uncomfortable position to either structurally change or co-opt degrowth ideas.

Degrowth: Do Not Back Down!

Articulating post-developmental concern, both articles defend the pluriverse from degrowth. Trainer has three principle concerns. The first confronts Hickel for going “soft” on gross national product (GDP) measurements. This is ironic given Hickel’s extensive work on challenging GDP and “green growth,” which Trainier acknowledges. Yet Trainer’s point holds when Hickel writes: ‘It is important to clarify that degrowth is not about reducing GDP, but rather about reducing throughput’ or that ‘reducing throughput is likely to lead to a reduction in the rate of GDP growth, or even a decline in GDP itself’. Trainer identifies these statements as leaving ‘open the door to belief that growth of GDP is conceivable or possible while resource and ecological impact is reduced’.  Hickel’s degrowth framing, Trainer contends, can prevent the ‘dramatically radical shifts in thinking about solutions’ that are necessary.

Hickel’s position, Trainer continues privileges certain (reformist) degrowth perspective. The position offered by Hickel is very different from other degrowth approaches in the post-development pluriverse. Trainer highlights the radical difference between Hickel’s position and the smallholder farmers, rebellious Indigenous groups and, his own, The Simpler Way’. Hickel’s framing Trainer sees as an imposition, reminding us that: ‘It is not desirable for the movement to become identified with a particular form of society, other than in the general sense of a society with a reduced GDP’.

The critique goes another step further when Hickel talks about development. Speaking to degrowth in the ‘Global North’ and ‘South’ debates, Hickel contends: ‘…because clearly many poor countries in fact need to increase resource and energy use in order to meet human needs. In reality, proponents of degrowth are clear that it is specifically high-income countries that need to degrow’. Trainer rightfully rejects pandering to this normative development path, arguing that:

Poor countries as well as rich countries must abandon affluence, centralization, urbanization, large scale [mining?] and globalization, and must adopt as the basic social form the small scale highly self-sufficient, self-governing and cooperative community. Economies must be needs-driven not profit-driven.

Trainer advocates community control guided by, what we might interpret as, culturally appropriate forms of ‘classical anarchist processes’, such as ‘direct democracy’. Advocating The Simpler Way, Trainer demonstrates the degrowth potential of eco-communities, referring to other works that reveal the practical transformations of rural-suburban space and—most of all—challenging the ‘merely redistributivist conception of justice, i.e. more even sharing of the benefits of extractivism’. Hickel’s position is understandably treading carefully to speak to mainstream policy circles, working and middle classes. The consequences for Hickel’s diplomacy is the promotion of, what Arora and Stirling call, ‘modernity light’, which Trainer rejects. Instead throwing his weight behind autonomous and insurrectionary communities, pressing for immediate structural change.

Arising from discussions at the STEPS Centre with Federico Demaria, Arora and Stirling—like Trainer—see concern with the relational approach and implications of particular degrowth framings. Arora and Stirling, contend ‘the underlying patterns of socio-material relations don’t fundamentally change just by shifts in size and shape of the constituting elements’.  By simply focusing on the ‘magnitude (as material output or throughput), different patterns of relations can be overlooked’. The concern here is that whether ‘degrowth’ or ‘growth’ the underlying relational terrain will not change. ‘This means asking’, says Arora and Stirling, ‘what kinds of transformations are necessary across Modern Knowledges, cultures, institutions and economies, not just to degrow, but also to restructure the relations that are inexorably pillaging the pluriverse’.

Offering greater detail to Trainer’s general concern, Arora and Stirling place the problem, we can say, on the continuing consequences of (neo)colonial genocide front and center in their analysis. Degrowth fails to address the socio-cultural and relational losses brought by modernity and capitalist development.

The works of Susana Paulson, Demaria and colleagues and, more recently, Hickel’s  Chapter 6 in Less is More, which speak to this issue might fashion Arora and Stirling’s argument a bit redundant. It does not change, however, the importance of challenging how degrowth can ‘perpetuate Modernist topologies of control’ in its promotion of ‘modernity light’. Summarizing this concern succinctly, Arora and Stirling write:

This may occur if the degrowth movement attempts merely to globalise a lighter modernity, structured around decentralised renewables, public transport, and ‘unconditional basic income’.  Where underpinned by coloniality, such supposedly ‘lighter’ modernities can be deemed superior to other ways of living and relating in pluriversal worlds.

The authors all see a great value in degrowth, yet voice concern with how colonial(-statist) forms of organization and planning remain untouched. Trainer, Arora and Stirling reveal that degrowth privileges a modernist reformism within the pluriverse, which fails to address the economy, colonality and alternatives to development.  Hickel ignores and underwrites existing autonomist and eco-anarchist practices across the world, meanwhile Arora and Stirling take Trainer’s concerns further by demonstrating how existing cultures and ‘zones of conviviality’ that—have ‘their regressive strands and egalitarian struggles’— are everywhere and ‘serving as buffers’ against techno-capitalist encroachments on ‘pluriversal worlds’ and their ‘distinct cultures, languages, knowledges, forests and techniques’.  While it is common to mention the Zapatistas, Buen Vivir, Via Campesina and other ‘degrowth’ lifeways, mainstream degrowth framings tend to underwrite the quantity and quality of (semi-)autonomist, Indigenous and anarchistic tendencies already at war with the system to exist, preserve traditions, stop ‘useless development’ and practice, what can be read as, their degrowth lifeways.

The wide, plural and potentially universal message to reduce material and energy throughput has made degrowth a popular and highly relevant school of research. This general and, at times, contradictory message in degrowth literature, however, is now finding its limitation with anarchist and autonomist decolonial engagement. Degrowth suffers from, as Aurora and Striling remind us, a quantitative—numerical—relational focus. Certainly, there are different degrowth scholars, and a big effort amongst the well-known scholars—implicitly drawing on anarchist ideas of mutual aid, feminist and decolonial theory—to reject the quantitative culture of capitalism. Still, however, the quantitative logic pervades via economic research rooted in reductive signifiers, democratic logic of gaining majorities and, of course, the quantity of books and article that academic indicators celebrate and by which communication outreach is measured.

This quantitative approach, long bashed by anarchists, underlines mainstream social movement logics across the world. Concern has already been raised on how degrowth shine spotlights on climate youth and justice mass mobilizations, meanwhile ignoring—in whole or part—the plentiful struggles of lesser numerical value but rich in quality of political critique, commitment and struggle (e.g. not just a weekend or week demonstration). Relegating combative struggles against capitalist development, such as the Hambach forest occupation, ZADs, No TAV,  No MAT, NoTAP and so many more, to one-or-three blog entries or a panel at a conference is inadequate. These struggles indicate quality, deserving celebration, inclusion in popular books and curriculum.

There are so many more environmental conflicts relevant to degrowth in Europe, but also the ‘Global South’. There are more struggles than the Zapatistas, Buen Vivir, and Rojava relevant to degrowth, which the Environmental Justice Atlas indicates. There needs to be a pluriverse of struggle, yet degrowth tends towards privileging protest tactics in Europe suitable for ‘middle class’ sensibilities, meanwhile tokenizing combative struggles in the ‘Global South’, or relegating these critical discussions to specials issues. Acknowledgement, even inclusion, of these struggles and their (defensive) combative lifeways is one easy avenue where degrowth can expand its quality of discussion and praxis.

‘Degrowth struggle’ needs qualitative development and popular practice to prevent its absorption into techno-captialism. Degrowth confronts what deep ecology—and environmentalism in general—faced in the 1980s: statist and corporatists inclusion designed to subordinate and pacify socio-ecological tensions. The failed struggle of deep ecology birthed green capitalism, also known as ‘sustainable development’ and ‘green growth’, which degrowth still fights with today. Situated within the post-development pluriverse, degrowth is better prepared than deep ecology to confront similarly predictable strategies of co-optation and inclusionary control. Yet, this academic, discursive and material fight is challenging, requiring great effort from scholars to collaborate with each other, developing a political praxis and connecting with rebellious struggles to stop the domestication of degrowth, but more so the present socio-ecological catastrophe.