Oslo has become a global hub for speciality coffee. Have you tried third wave coffee? 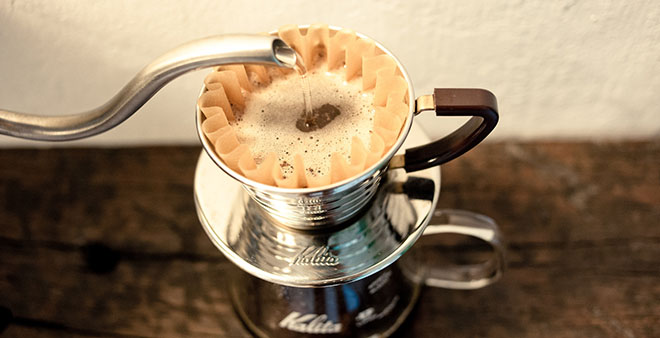 Norwegians, per capita, drink more coffee than almost any other country with over sixty percent of the population consuming coffee daily. In a coffee-crazed culture, Oslo has become a global hub for specialty, third wave coffee. To celebrate the International Coffee Day, we explore the three waves of coffee and ask, “How do you like your coffee?”

The first wave of coffee can be understood alongside the industrialisation of food as standardisation gave a product that was easy to prepare, transport and afford. Thus began the rise of brands like Maxwell House and Folgers - that provide coffee for the masses. Under this regime, corporations became involved in the production of coffee beans. The rise of large-scale coffee plantations led to land dispossession, poor working conditions, and deforestation. Technologies introduced around 1900 such as vacuum sealing and instant coffee furthered access to coffee around the world. The first wave still persists, often found in the workplace, where affordability, access and convenience are key. But as the world began to get hooked on first wave coffee, concern around quality and the impact of production began to emerge.

Second wave coffee was a response to the poor quality coffee that the first wave made available. Consumers began to consider the geographic origin of the beans, and roasting style became part of coffee labels. During this period, coffee shops became very popular as coffee was branded as an experience. The rise of Starbucks in the 1990s is of considerable note during the second wave of coffee; the chain today has more than 24,000 stores.

Their way of making coffee drinks infused with milk and syrups introduced a new way to consume coffee, allowing the customer to feel like a  connoisseur by choosing their blend, flavor and style. It is from this phase that Fair Trade labeling originate – spurred by the concern around the ways in which the commodification of coffee was affecting the livelihoods of small farmers. Some have argued, however, that the second wave was simply a marketing strategy of multinational corporations and didn’t go far enough to restore quality.

The term ‘third wave coffee’ has been used since the early 2000s, but it is only in recent years that third wave coffee has made its mark on the citizens of Oslo. Third wave coffee is often bought by a coffee shop or roaster direct from the farmer with whom a relationship has been established. The beans are then roasted in small batches, typically close to the date of consumption in order to ensure quality. The typical brewing processes may feel a bit like a chemistry laboratory. Have you ever heard of Kalita, V6, Chemex, or Aeropress? These are the names of hand brewing equipment that are typical for the third wave. When making coffee with this kind of equipment, even the quality of the water is taken into consideration. Luckily Norway is blessed with water so good that some Baristas bring it with them when competing at barista competitions overseas. Furthermore, the temperature of the water is a serious issue, as well as the weight of beans and the timing of the water pouring. Why all this trouble for a cup of coffee? Third wavers argue that preparing coffee should be a craft that honors the beans so as to fully expose their full potential of flavor.

Oslo is a coffee heaven

Are you a first, second or third wave’er? Perhaps you drink mass produced instant coffee at work, go to Starbucks with your children for frappés and occasionally go to Tim Wendelboe for a hand brewed coffee. While third wave coffee is certainly not available to all coffee drinkers due to price and availability, it is becoming more popular. However, questions remain as to if this third wave can gain the mass consumption of the second wave. Due to the character of third wave coffee as an alternative to mass production, the competitive quest for quality and originality may always keep its torchbearers on the fringes of the market. Lucky for you though, Oslo is heaven for coffee lovers.