The quest for sustainable protein: Meat from plants? (2 of 5)

Increasingly meat-like substitute products blur the lines between animals and plants in consumers' diets. Will meat be made of plants in the future?

(This is the second installment in a series on alternative proteins. Read the introductory article here.) 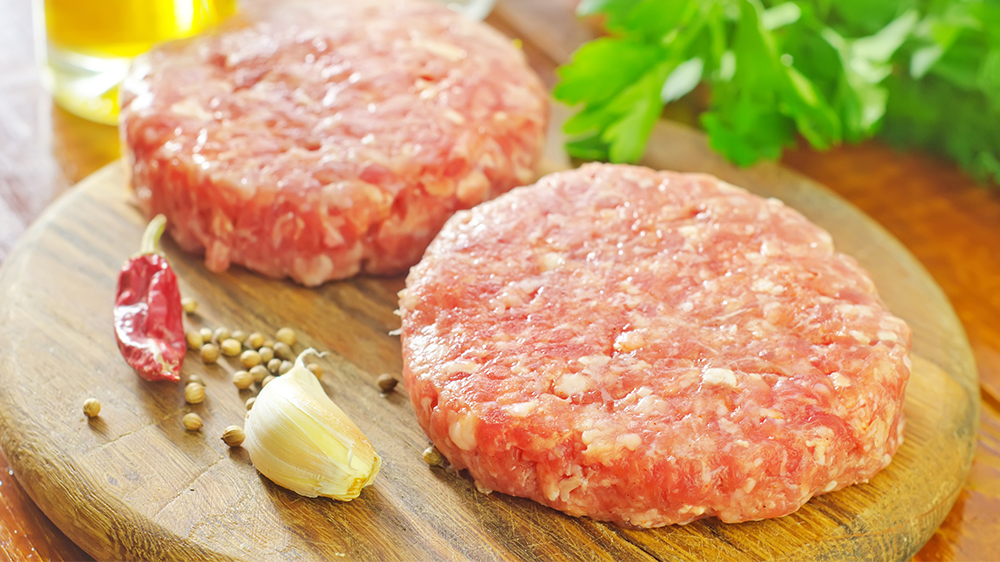 Globally, plant foods produce only half the emissions of animal foods, a 2021 study suggests. It’s not surprising that the most effective strategy for consumers to lower their diets’ environmental impact is to replace meat with plants.

But most of the plants we grow end up as livestock feed or biofuel, not human food. One kilogram of beef requires 25 kilogram of feed.

While livestock do eat grass and fodder, they also consume vast amounts of concentrated feed made up of soy, grains, and oilseeds – plants that humans can eat as well. Although plants are the most important protein source in many countries, economic development is associated with rising levels of meat consumption.

And in countries with high meat consumption, people are still reluctant to cut down on meat. In Norway, young people are most open to plant-based foods – but they also eat more meat than their elders, according to a 2019 survey.

Searching to close the gap between meat and plants, a bourgeoning food-tech industry is working hard to make plant-based meat substitutes more meat-like than ever.

The growing market for plant protein

A growing concern for the effects of meat on the environment, human health, and animals have made food politicized as part of consumers’ lifestyle choices and personal identities. The vegan movement has gained much attention in popular culture as celebrities and athletes have come forward as vegans and chefs are turning to plant-based cooking. Michelin-starred NYC restaurant Eleven Madison Park sparked headlines when switching to a vegan menu in 2021.

The market for meat substitutes has expanded significantly in the past years. Substitution products allow consumers to change diets without learning to cook new foods. Greater resemblance to real meat might lead to higher acceptance among meat eaters. A Bloomberg report predicts ‘explosive growth’ in plant-based meat alternatives and an 8% market cap by 2030.

Retailers have catered to a rising rates of vegan-curious or flexitarian consumers by selling more plant-based products. In the UK, Gregg’s vegan sausage roll sparked controversy upon release but was ultimately a huge success. In some cases, retailers have started whole vegetarian branches, such as the vegetarian Pret-à-Manger.

A new generation of plant meats

Until recently, the meat substitute market catered primarily to meat avoiders – a relatively small segment of the population in most countries. Now, a range of progressively meat-like plant products are referred to as the ‘second generation’ in meat substitutes.

These substitutes try not to be substitutes at all. Instead, companies are trying to make the meat of the future – from plants. As much tech as food, some of these products resemble meat so closely that consumers struggle to taste the difference.

This ‘revolution’ in meat replacement was fronted by the US companies Beyond Meat Inc. and Impossible Foods Inc. Both companies managed to replicate the ‘bleeding’ character of ground beef – the former by using beet juice, the latter by adding gene-modified heme (a molecule that contributes to the colour and flavour of meat, normally found in blood).

Many interesting developments are underway. In addition to soy, new ingredients such as pea protein are being experimented with. Researchers have been working on replicating specific qualities of meat, such as its umami flavours, the famous ‘Maillard reaction’ occurring as meat is fried.

With an end goal to change what we think of as meat altogether, these products cater not primarily to vegans and vegetarians, but to flexitarians and even devout meat eaters. Already, polls indicate a rising number of consumers identifying as flexitarians (for instance in the UK and US) who are open to eat both meat and plant-based.

Rather than sticking out as an alternative for the few, the goal of the new substitutes is to blend in with the rest of the meats and slowly convert meat-eaters.

Some products have managed to escape the vegetarian or special diet isle of supermarkets, instead sitting next to regular meat. There is an ongoing ‘war’ on plant-based labeling. After a heated debate in 2020 the European Parliament voted that substitution products could be branded ‘burger’, ‘sausage’, and other names commonly associated with meat.

This marks a shift in plant-based offerings. Burger King was the first fast-food restaurant to put a veggie burger on menu in 2002. Today, they sell an ‘Impossible™ Whopper’ made with Impossible Food’s heme-infused meat analogue burger across the US.

The new generation of plant foods seek to replace meat in consumers’ diets because of taste, not necessarily a commitment to vegetarianism. Although still referred to as “The Hypocrite”, a plant-burger with ‘real’ bacon might become less of an unthinkable combo among bacon-loving flexitarians.

The positive health effects of reducing intake of conventional meat – especially red and processed ones – and replacing it with minimally processed plant foods is generally accepted by now. But plant proteins’ reputation still doesn’t live up to their potential superfood status. Even though legumes and pulses are important in diverse food cultures across the globe, these foods are sometimes stigmatized as the ‘poor man’s meat’.

Some are concerned about the protein content of plants. Contrary to common belief, plants can be an excellent protein source for humans. In their unprocessed state, plant foods are often less protein dense than animal foods. But despite the protein hype in contemporary health and diet cultures, protein deficiency is very rare in developed countries.

The main reason we need protein, is because they contain essential amino acids our bodies can’t produce on their own. Compared to animal foods, most plants contain smaller amounts of certain essential amino acids (with some exceptions such as soy and quinoa). Luckily, most of us eat more than one type of food. When combining different plant foods in our diet, a full amino acid profile is naturally achieved. If cereals and legumes are combined, one study suggests, the amino acid profile can be similar to meat.

And, if we take additional nutrients and healthy fibers into account, getting our protein from plants does not seem like such a bad deal.

When it comes to substitute products, consumers are worried about the health and sustainability impacts of heavy processing. Some substitutes are more processed than others. These belong to a group known as ultra-processed foods – foods that contain many ingredients, including substances uncommon in food preparation (sometimes synthesized in labs). Ultra-processed foods have been linked to adverse health outcomes.

We know that processing affects the way we take up energy and digest foods, for better or worse. But we don’t know enough about what happens in our bodies as we replace the biological ‘processing’ of the animal with technological processing. In 2019, The Journal of the American Medical Association (JAMA) published a call to conduct research on the health effect of novel plant-based meat substitutes.

Despite these uncertainties, however, a 2021 study in the journal Foods assessing changes in people’s gut flora after switching to plant-based meat alternatives found positive results, concluding that a flexitarian eating pattern could be beneficial for consumers’ gut microbiome.

In academic circles, there are ongoing debates as to whether or not the tech-infused move towards plant-based meat simulacra is a good thing for the objective of reducing meat’s harms on the environment and public health.

While making a switch easy for consumers, the centrality of meat – or at least its qualities – in our lives becomes reinforced through a reliance on increasingly meat-like substitute products. This tension is something we’ll have to grapple with as the lines between real and plant meats become more blurred.

According to the food scientists, we’ve “only scratched the surface when it comes to unlocking the potential of plant-based meats”.

This article is instalment two in Matlære’s series on alternative proteins. The previous introductory article can be read here. Look out for the upcoming instalments on cell-cultured meat and edible insects soon!