The quest for sustainable protein: Introduction (1 of 5)

Proponents of alternative proteins have predicted that, in a few decades, most ‘meat’ won’t come from animal sources. Can plants, insects, and lab-grown meat replace conventional animal protein in our diets? 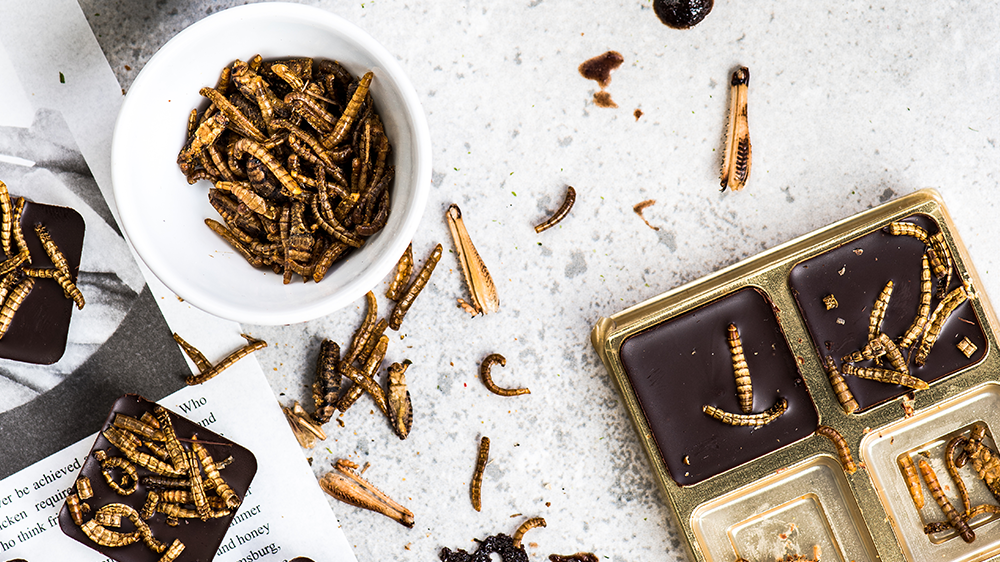 Recently the first insects were approved for human consumption in the EU. Could edible insects be a sustainable alternative protein source? Photo: Colourbox.

In 2016, Impossible Foods created a ‘bleeding’ plant burger marketed to meat lovers. Three years later, the fast-food giant Burger King started selling ‘Impossible™  Whoppers’  in all of their US restaurants.

In 2020, eight years after the first ‘lab-grown’ burger was presented in London, a cell-based chicken nugget appeared on the menu of a high-end Singaporean restaurant.

In 2021, the dried yellow mealworm became the first insect to be approved as a Novel Food for human consumption by the EU, opening the European food market for insect consumption.

Can plants, insects, and lab-grown meat replace conventional animal protein in our diets?

In this five-part blog series, we will explore these novel protein foods – often referred to as alternative proteins.

Whole plant foods – such as vegetables, grains, fungi, pulses, and legumes – have long been used as protein sources or meat substitutes in diets across the world. Widely used today, they are well-established commodities in the global food system. Although declining in popularity in Europe, the market for pulses and legumes is predicted to grow, likely due to conscious food consumption and its wide application in alternative protein products.

But replacing meat with whole plant foods appeals mostly for those who actively seek to reduce their meat consumption. Luckily, plants can be processed – by consumers or producers – to resemble meat in different ways. Such processing leads more consumers to embrace alternative proteins, according to consumer acceptance studies.

In fact, meat replacers are nothing new. More than a millennium ago, tofu was referred to as a meat replacement in China, according to The Guardian. And as early as the 1600s, tofu and seitan were processed into advanced meat substitutes.

With modern food technology and a growing interest for plant processing, increasingly diverse and meat-like plant products are now appearing on the market

A growing market for alternative proteins

In the past years, we’ve witnessed an explosive growth in alternative protein companies across the world.

In 2020, more than three billion US dollars were invested in alternative proteins. Just over two billion of these went into plant-based foods, and most of the rest to cell- and fermentation-based proteins.

In October 2021, there were – according to the Good Food Institute’s (GFI) book-keeping – close to 800 companies producing alternative protein end-products alone (and that’s not including insects or algae).

Some meat companies are clearly responding to a growing market for alternative protein. Does this mark a shift in protein production, or do these companies just want a piece of the (meatless) pie?

Such a ‘convergence’ of different protein industries could speed up a transition away from meat – but at the same time keep power in the hands of multinational food giants.

Here, ‘parity’ is a commonly used buzz word: when will alternative proteins of different kinds be on par with conventional animal protein products in terms of price, taste, and texture?

The industry is confident that parity can be achieved through technological progress and the economics of scale – and that the consequence would be a disruption of animal protein as we know it.

But techno-optimist visions of an alternative protein ‘promised land’ might gloss over the challenges, risks, and potential negative outcomes of realising such a radical protein shift.

What's the future for meat?

Market growth and steady technological breakthroughs may pave the way for alternative proteins to grow further and eat their way into the multi-trillion-dollar animal protein industry.

Alternative proteins could claim 22% of the global protein market by 2035, according to a recent industry forecast report. And, by 2040, according to one estimation, most ‘meat’ likely won’t come from animal sources.

What the long-term effects of such a transition would be remains an open question. Could it really help us realise a truly sustainable food system?

Proponents frame the development of an alt-protein industry as a pathway towards sustainable and equitable food systems in which animals are treated better.

Critics point to the industry’s potential to mask the underlying issue of over-consumption and exploitation of nature, to the possible public health implications of heavy food processing, and to the negative ripple effects of shutting down animal agriculture.

As a columnist in The Guardian observed, there is ‘a strange paradox underpinning the centuries-long pursuit of the perfect meat proxy: by trying to seamlessly remove meat from our diets, we are actually reinforcing its importance’.

In the upcoming four instalments, we'll dive deeper into some of these alternative proteins. Next up: Plant-based protein!

This article is instalment two in Matlære’s series on alternative proteins. The previous introductory article can be read here. Look out for the upcoming instalments on cell-cultured meat and edible insects soon!