The quest for sustainable protein: Edible Insects (3 of 5)

To reach our climate goals, we need more sustainable protein sources. What if we replaced meat with insects?

(This is the third instalment in a series on alternative proteins. Read the introductory article here.) 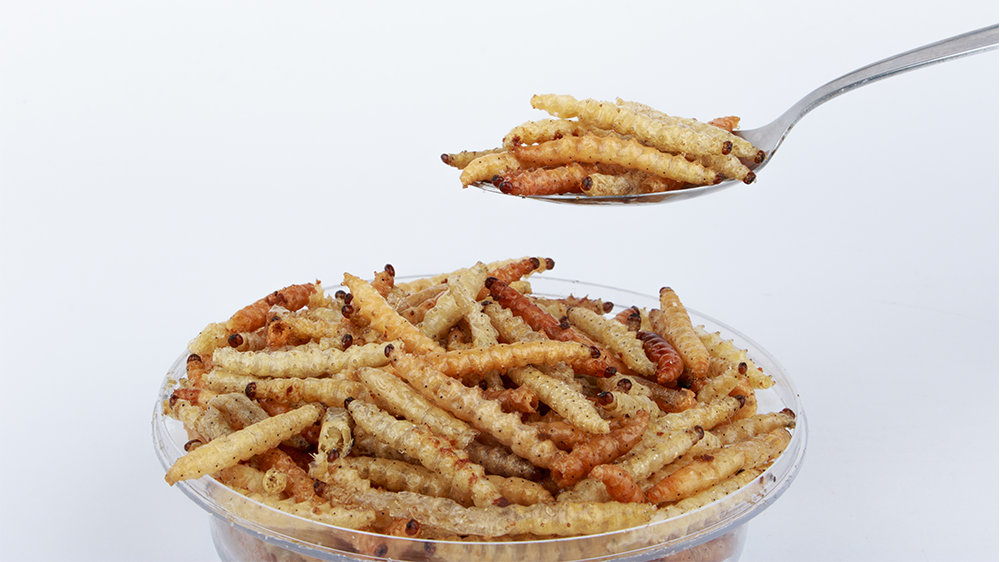 Insect eating, otherwise known as ‘entomophagy’, is an ancient practice still thriving in many parts of the world. In fact, two billion people – almost a third of the world’s population – regularly consume insects. More than 3000 ethnic groups in 130 countries consume 2000 different species, studies report. Across Africa, Asia, and South and Central America, insects are not only seen as edible but often as delicacies. But in Europe and North America, people find entomophagy less appealing.

In his 1885 manifesto ‘Why not eat insects?’, entomophagy enthusiast Vincent Holt questioned why people seemed to adore lobsters and shrimp, but scoff at the thought of eating insects. ‘Why on earth should these creatures be called loathsome’, he asked, when they ‘are in every way more fitted for human food than many of the so-called delicacies now highly prized’.

Following in Holt’s steps, entomophagy advocates argue that insects are sustainable, nutritious, and delicious. Could edible insects be the solution for sustainable protein in the future?

Humans have eaten insects for a long time. Historical civilizations such as the Egyptians, Greeks, and Romans fed on insects. And before modern civilizations, gathering insects was a convenient and low-risk protein source compared to hunting animals. Today, conscious eaters might follow a ‘paleo’ or ‘caveman diet’. A real caveman diet would surely contain a lot of insects!

A real caveman diet would surely contain a lot of insects!

In 2021, the yellow mealworm was accepted as a ‘novel food’ in the EU, providing a regulatory pathway for new insect foods on the European market. The point of EU’s Novel Food Regulation is to assess the safety of new foods, and to set guidelines for product labelling and nutritional quality. Here, ‘novel food’ is defined as ‘food that had not been consumed to a significant degree by humans in the EU before 15 May 1997’. However, it might be ‘traditionally eaten outside of the EU’, as is the case with insects.

The real novelty in edible insects is not entomophagy, but the industrial production of insects as a protein food.

Most insects currently consumed around the world are collected in the wild. But now, the so-called ‘entopreneurs’ – a play on words combining ‘entrepreneur’ with ‘entomophagy’ – are trying to grow a global market for insect foods.

The case for farming insects

At any given time, there are something like 10 quintillion – that’s 17 zeros! – insects alive on the planet. We recognize a million different insect species, but scientists believe there could be up to 30 times that number.

Not only are many insects edible, but they’re nutritious. In Europe, four main insect types are reared as ‘mini-livestock’, either for animal feed or human consumption. These are crickets, mealworms, grasshoppers, and buffalo worms. Many insects, like mealworms, contain more protein than beef, with similar levels of essential amino acids.

Because insects are cold-blooded and have short lifecycles, they also make for efficient protein. Farming insects requires much less feed, land, and water compared to meat, but exact numbers vary between species and methods. They produce little waste – and can potentially be fed on our own food waste. And up to 80% of the insect is edible. Insects can be processed, dried, and pulverized, making for a long shelf life. Unfortunately, insect rearing requires a lot of heat. High energy use could cancel out some of these benefits.

While some believe that the risk of infectious disease is lower with insects than livestock production, insect farming introduces health risks like contamination and toxin formation. Higher processing might increase food safety, but also be less healthy and sustainable.

The entopreneurs believe that farmed insects could become a sustainable, healthy, and profitable protein source to feed the world.

A market for insect foods?

The market is modest compared to plant-based meat but growing. It’s predicted to reach eight billion USD by 2030 – a twenty-fold increase from 400 million in 2018.

Although Asia-Pacific and Latin America currently account for more than half of the edible insect market, the growth is predicted to be strongest in North America and Europe, regions where entomophagy isn’t common. Some think insects could be the next ‘foodie craze’.

At the same time, in places like Thailand, with traditionally high levels of insect consumption, people are eating less insects as diets become increasingly ‘westernized’. Some fear that, as wild insect eating declines and industrial production increases, we might lose some of the rich culinary culture attached to insects.

As wild insect eating declines and industrial production increases, we might lose some of the rich culinary culture attached to insects.

Meanwhile, some are trying to develop new insect cultures in the Global North. In Paris, a chef is running what’s allegedly Europe’s only insect-based restaurant, which I’ve been lucky enough to visit. Despite receiving lots of media attention, it’s still only a niche group of curious consumers who visit, according to the chef. He doesn’t see insects going mainstream in Europe just yet.

In the global perspectives, those who think eating insects is disgusting are probably ‘a cultural minority’, as a National Geographic article put it. But compared to the other alternative proteins, insect products score lowest on consumer acceptance.

Insects have a high ‘yuck factor’. Studies find that consumers – particularly in the Global North – react to insect foods with disgust. Even when perceived as healthy and environmentally friendly, one study found, insects were deemed unacceptable to eat. People viewed insect eaters in a good light but were unwilling to eat it themselves.

Insects are sometimes associated with danger – a sign of spoiled food or illness. We don’t want a fly in our soup. When insects come in touch with our food, they become dirt.

When insects come in touch with our food, they become dirt

And yet much of the food we eat depends on insects. Without pollination from bees, wasps, flies, and midges – no cocoa, vanilla, almonds, avocadoes, or coffee. In the US, 50 grams of cinnamon may contain up to 400 fragments of insects. Any more than that, and the food is per definition contaminated.

Sometimes we eat insects without knowing it, too! One source reports that ‘most pre-ground coffee has ground cockroaches in it’ because insects infesting green coffee beans can’t be removed before processing. In the US, up to 10% of green coffee beans can be ‘infested’ with insects before becoming ‘defect’.

Research suggests that insects are more likely to be consumed if hidden in protein bars or fortified cereals, than if dried whole. One study found that Canadian consumers were more willing to buy cricket-based protein powder after having tried it. Others point to the value of learning from other food cultures.

Almost 40% of insects are in decline and a third are in danger of extinction due to high pesticide use, urbanization, and climate change. To replace cattle, pigs, chicken, or even fish, we would have to eat an awful lot of insects. Would that be ethically defensible?

To replace cattle, pigs, chicken, or even fish, we would have to eat an awful lot of insects

The answer depends on how conscious insects are, and whether they’re likely to experience suffering. Scientists are unsure. We’ve only recently learned that fish can feel pain. We might learn the same about insects in the future.

But given the number of insects indirectly killed in conventional meat production, replacing meat with insects seems like ethical progress. The most ethical diet, a group of researchers suggests, would be plant-based eating supplemented with a few bugs.

Of course, ethics isn’t always straight forward. In her book ‘Edible Insects’, Gina Louise Hunter writes that eating insects changed her relation to them, ‘intellectually and emotionally’. Perhaps we need to eat them to start valuing and appreciating them?

There will be bumps in the road for mainstreaming insect consumption. Insect foods are still very unfamiliar in Europe and North America. But maybe, with greater exposure, ‘yuck’ could become ‘yum’?

Humans won’t become insectivores any time soon. Though not a panacea, edible insects may gain a more central role in the global diet as a nutritious and low-impact meat alternative.

This article is installment three in Matlære’s series on alternative proteins. The penultimate installment on ‘lab-grown’ meat will be out soon!