Agroecology is steadily growing, but the motivations for this vary. Activists and some politicians want to reduce climate change, while rural towns want to protect and preserve local landscape. For farmers, the major underlying motivation is often autonomy. 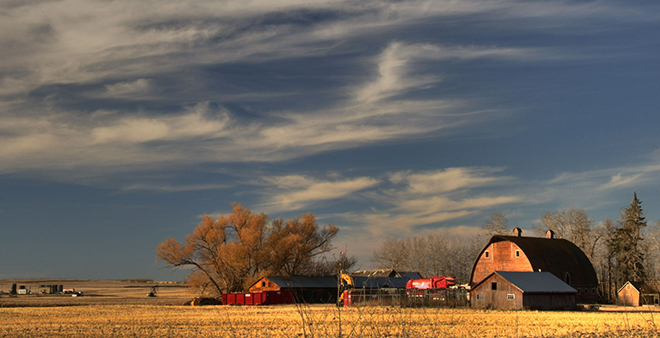 In the autumn of 2016, I set out to learn why some beef cattle farmers in Alberta, Canada have changed their practices to use an agroecological tool called management-intensive grazing (MIG). I wanted to learn about their motivations for using this tool instead of conventional practices – where cattle are generally housed and fed grain in feedlots.

Working with nature, instead of against it

MIG is designed to use domestic animals to imitate the grazing patterns of wild animals. In nature, wild animals tend to graze a small area, and then move to new areas. Grazing animals such as reindeer, buffalo and deer tend to roam over hundreds to thousands of kilometres each year. This means that the animals always get fresh grass, the plants have time to grow back, and the soil can rest before the animals return to graze it again.

These farmers have experienced gains financially, environmentally, and socially in working with nature – all of which contribute to their autonomy.

This process also allows carbon to be stored while microorganisms build up the soil. By mimicking these movements, farmers can take advantage of the ecosystem's benefits. As an added benefit, farmers also get better soil without using artificial fertilizer, since nature has the time and resources it needs to build nutrients and organic material on its own. The principle behind MIG is basically to work with nature instead of against it.

When I started researching the topic, I thought that the farmers would use MIG for two reasons – to save the environment and save money. But I found that these values were the result of a major underlying motivation – a longing for autonomy.

How can you gain autonomy through grazing? The answer lies in putting your trust in nature. Industrial agriculture is built on the simultaneous exploitation of and battle against nature. There are various ways in which the industry artificially mimics natural processes with fertilizers, pesticides, greenhouses and genetically modified seeds. With these tools, humans have assumedly gained the power to control the types of nutrients found in the soil, choose which plants can grow and even control the weather.

Farmers’ motivations and use of MIG help farmers develop a story – a connection to their farming practices and products.

But all of this “power” costs farmers money and autonomy. External inputs are controlled by companies and markets that also control product sales and production. As a farmer, this means that there is always someone else that has some level of power over your resource base. These artificial products can be taken off the market, increased in price, or changed in makeup as the company wishes, possibly compromising the use of the products by individual farmers. In addition, these tools compromise ecosystems and reduce biodiversity so that nature can no longer manage these lifecycle processes itself, but needs help to work as it should.

Michael, one of the farmers I interviewed, summed up how MIG is different from industrial agriculture:

I guess the biggest one, right off the bat that comes to mind, is working with nature and trying to rely on sunshine and rain as our inputs and try and rely as little as possible on outside purchased inputs. Trying to manipulate what we have, trying to use what's between my ears for management and what nature can provide… We try to optimize the production for the ranch, he said.

When MIG is used appropriately, carrying capacity improves over time, resources are made stronger, and the production system becomes more efficient without needing a reboot. By utilizing MIG practices, farmers in Alberta co-produce with nature to create a production system that uses limited external inputs. They did this primarily by using their animals. The beef cow can serve multiple functions including fertilizing the land, harvesting the crop, and planting seeds that had been mixed in with the mineral sources, etc.

For some of the farmers, MIG is not only a grazing system, but a form of grassland management driven by three main goals: lifestyle, financial, and environmental. Farmers’ motivations and use of MIG help farmers develop a story – a connection to their farming practices and products. The way farmers spoke about their farms and landscapes depicted nature as a partner, and an active agent in their production. When you work with nature, production increases naturally, which makes nature stronger, thus increasing the autonomy of the farmer.

Autonomy in farm life a solution

In 2016, the International Panel of Experts on Sustainable Food Systems (IPES Food) published the report From uniformity to diversity: A paradigm shift from industrial agriculture to diversified agroecological systems. Here, the panel emphasizes the need for a transition to sustainable food systems. They argue that industrial agriculture has created malnutrition, pollution and increased greenhouse gas emissions, loss of biodiversity, and social inequality.

By expanding upwards rather than outwards, they produce more with less, opening space for more farmers to come in – for more neighbours and greater community.

On a global scale, this seems like an impossible situation to solve. We know we need to change, but how often do we say that something should be done and then continue to do the same as always?

For farmers, autonomy might be the solution. But it’s not easy. There are so many layers and placed-based practices that coming up with a one-size-fits-all model is impossible. But by combining the narratives and practices of all the farmers I talked to, the complexities of their stories became clear: They start with the soil, which builds the base of their livelihood.

As these farmers build on their foundation, they increase their capacity to integrate their farm enterprises, be it cows with the grass, or also chickens, pigs, and bees. By expanding upwards rather than outwards, they produce more with less, opening space for more farmers to come in – for more neighbours and greater community. These farmers have experienced gains financially, environmentally, and socially in working with nature – all of which contribute to their autonomy.

Erika Heiberg handed in her thesis The Cows Are Calling: Motivations for Management-Intensive Grazing Practices among Beef Farmers in Alberta, Canada at SUM's master's programme Culture, Environment and Sustainability in 2017.

Research on food and rural transformations 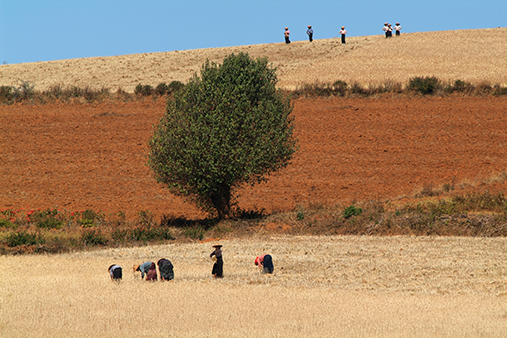 Read more about SUM's research on food and sustainability, and our research on rural transformations in the new century.