Our food system is based on oil, not soil

In all the talk of decarbonizing society and meeting climate goals, we cannot forget to include our food. Despite Vandana Shiva shedding light on this issue in 2008 with her book Soil not Oil, our food system remains drenched in fossil fuels. 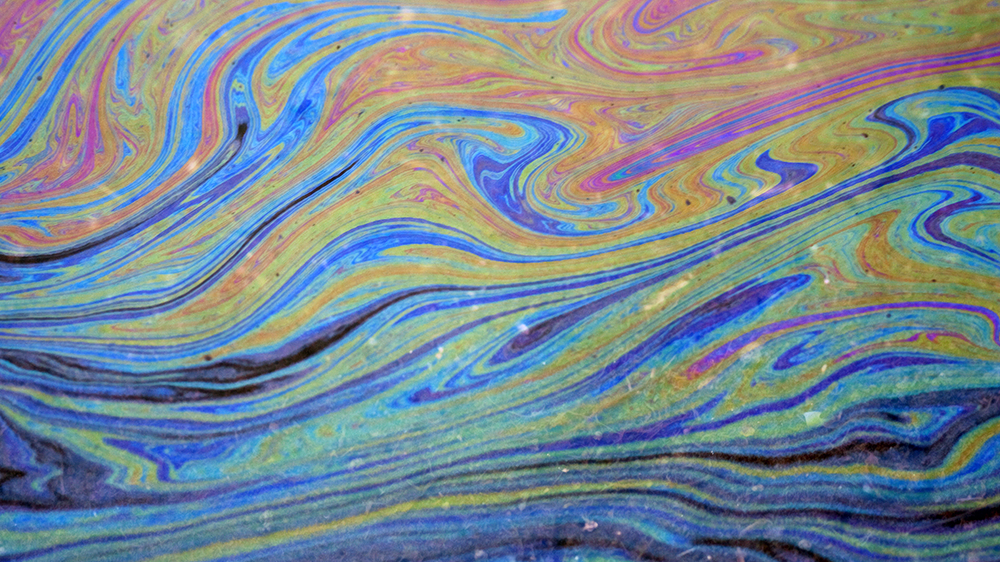 Oil and soil. The two have more things in common than first meets the eye. They are both the basis of our civilization, are made from decomposed organic material, they provide energy, and using them releases greenhouse gases.

Globally we are facing an unprecedented situation where soil is being degraded faster than it can naturally rebuild, to the extent that the Food and Agriculture Organisation of the UN have actually called it a non-renewable resource. A third of the world’s soils are already highly to moderately degraded. Ironically, one of the main leading causes for soil degradation is agriculture - or more accurately, industrial agriculture. Industrial agriculture is dependent on things like heavy machinery and the production of synthetic fertilizers and pesticides. Oil and other non-renewable resources buried deep underground is what makes this agriculture possible.

For now, the dire state of soils is covered up by the heavy use of chemical fertilizers - most notably nitrogen (N), potassium (P), and phosphorus (K). They provide “fast food” for plants, but their (over)use also come with some long-term consequences. First of all, crops often can’t take up all the fertilizer that is applied at once, so the excess is then washed away into the surrounding environment and into groundwater. In Norway, Bioforsk found that between 16-44% (!) of nitrogen fertilizer is leached into surface or ground water. A lot of fertilizer ends up in rivers and oceans, feeding algae that depletes the water of oxygen and that ultimately create dead zones. Secondly, applying too much fertilizer (more than the plant can take up there and then) can reduce the amount of organic matter in the soil. Thirdly, excess fertilizer in the soil is oxidized into greenhouse gases. While the largest contributor to agricultural greenhouse gases is methane from livestock, according to FAO, synthetic fertilizers are the fastest growing source of emissions from agriculture globally.

To add to the irony, synthetic fertilizers all require fossil fuels to either mine from the earth or make from atmospheric gases. Let’s take a closer look.

Nitrogen-based fertilizers are made by the Haber-Bosch process by combining nitrogen taken from the air with hydrogen from natural gas under extremely high temperatures. The Norwegian fertilizer company YARA, of which the Norwegian state owns around 36%, is one of the world’s leading producers of nitrogen fertilizer. Since 78% of air is made up of nitrogen, the only limitation on its production is the price of natural gas. Felleskjøpet, Norway’s largest supplier of farm materials recently delivered the news that they are halting all sales of mineral fertilizer for the rest of the year, due to high resource- and gas prices.

Most potassium is mined from salt deposits from ancient evaporated seas. This is done either through “traditional” mining where men or machines retrieve salt for further processing. In cases where the reserves are too deep, water is pumped into the mines, into which the salts and minerals dissolve. Then the water is pumped back to the surface for evaporation, so the minerals can be collected. As well as being a water-intensive operation, and salty brine tailings run the risk of polluting groundwater and soil. Most of the world’s potassium comes from Canada, but YARA sources theirs from mines on the Danakil desert plains of Ethiopia.

Phosphorus is mined from phosphorus rock, a non-renewable resource, in a process that produces mine tailings rich in cadmium and other toxic metals and radioactive substances. There are different estimates of how long the known reserves will last, ranging from 50-400 years. Just over half of the world’s phosphorus production is found in Morocco and China, while YARA mines theirs from Finland.

In 2018 eight percent of Norway’s emissions came from agriculture. Over half of this is methane from livestock, and only a little over 11% comes from using mineral fertilizers. However, these numbers don’t show the whole picture. Mineral fertilizers account for 17 % of agricultural emissions if Norway’s nitrogen fertilizer production is included. On top of this comes the emissions and environmental consequences from mining, refining and transporting potassium and phosphorus from other corners of the world.

Do we have an alternative?

It is undeniable that the synthetic fertilizers have increased crop yields dramatically. Proponents of synthetic fertilizers and industrial agriculture argue that these are essential in meeting the estimated 70% increase in food production needed by 2050. It is risky to presume that the ecosystems of the world, which are under severe stress due to today’s agricultural system, will be able to produce even more food without dire consequences.

The question is: Do we have an alternative other than transforming the food system? If we are to achieve the Paris Agreement and transform to not just a climate-neutral, but also an ecologically sound world by 2050, as well as being able to feed a growing population, one of the first steps is to acknowledge that we are growing our food with oil and fossil fuels, not soil. The next step is imagining a food system based on soil and local resources. Stay tuned for another blog post that walks us through what this kind of agricultural landscape can look like.