China and global governance in a post--Covid world: Speaker bios

Prof. Daojiong Zha, professor in the School of International Studies and Institute of South-South Cooperation and Development, Peking University. His areas of expertise include 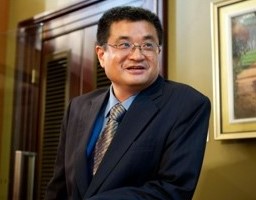 international political economy and China’s international economic relations, particularly the fields of energy and natural resources, development aid and the economics-political nexus in the Asia Pacific region. In recent years his research extended to political and social risk management for Chinese corporations engaged in non-financial investments abroad, including the publication of an edited volume Chinese Investment Overseas: case studies on environmental and social risks, Peking University Press, 2014 and Risk Management under the Belt and Road Initiative: economic and societal dimensions, Oceanic Press, 2017). He is invited to serve as non-resident fellow in a number of public policy think tanks and advisory member on several international exchange associations, including the China chapter of the Council for Security Cooperation in the Asia Pacific (CSPAC) and the China Association for International Exchange.

Mr. Qinduo Xu works as a political analyst at CGTN, where he also hosts Dialogue Weekend, a weekly show on current affairs. His focus of research has been on China’s rise 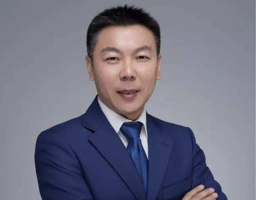 and its interactions with the rest of the world, in particular its relationship with the United States. Mr. Xu spent years in Washington DC as chief correspondent of China Radio International and one year in Australia as a visiting scholar to the University of Melbourne. He is a senior fellow at the Pangoal Institution, a Beijing-based public policy think tank and an adjunct professor at Renmin University of China. Mr. Xu is the co-author of the Chinese-language book: The rise of China and The Real Western World, as well as the translator of a few books in Chinese. He’s also a frequent contributor to international media outlets including New York Times, NPR, TRT, ABC and so on.

Ms. Yalin Wang is the Team Leader of Sustainable Business and Investment Team of United Nations Development Program in China. Since she joined UNDP China in 2006, she 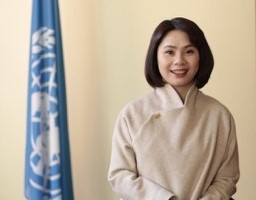 has been committed to Corporate Social Responsibility projects, where she has helped facilitate cooperation between UNDP and the Chinese enterprises. She is also active in promoting the international standards and principles, including sustainable development, to the Chinese business community. Ms. Yalin Wang holds a Bachelor degree from Sichuan International Studies University, Chongqing, China. She also has a degree of Master of Business Administration from the University of Sheffield in UK. Prior to working in UNDP China, she had served in some big multinational corporations, such as Ford Motor Company and General Motors Company.

Mr. Keyu Guan, Senior Researcher and Deputy Secretary in Chief of the Way Beyond Research Group of Central Party School which has long been one of the most active think- 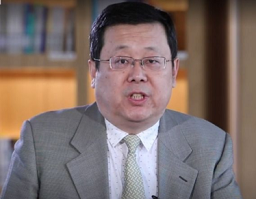 tanks laying eminent influence on top leaders of China including Mr. President Xi, Senior Researcher of the Center for China-EU/US Economic & Strategic Studies of China Association of International Trade (CAIT). His research areas focus mainly on strategic study and business promotion under the BRI background, while guiding Chinese firms to go abroad for trade and investment in many ways. He used to work as section Manager in China Tuhsu Import and Export Corp. which was one of the biggest state-owned international business dealers. He performed as chief representative of Chinese side for execution of China-Poland national trade agreements in 1996-1998. He has then been recognized as expert of international business with governmental backgrounds. He led another state-owned company Sino Horn International Investment Corp. for years as General Manager. He founded Beijing Entire Ration International Consulting Co. Ltd. and has been acting as Chief Planning Officer (CPO) and Chief Consultant for clients both domestic and abroad.