Why Norway shouldn’t go solo in the global vaccine race

There are five key reasons why a small country like Norway would not do better on its own in the global vaccine race, write Antoine de Bengy Puyvallée and Katerini Storeng. 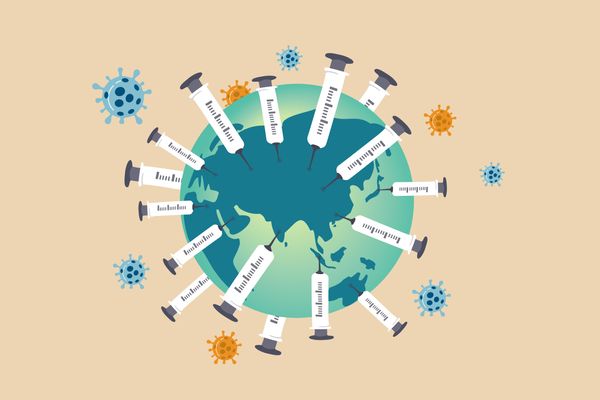 As co-chair of the ACT-A Facilitation Council, Norway has been a leading proponent of the need for global solidarity to achieve equity in access to Covid-19 vaccines, diagnostics and therapeutics. By contrast, domestic debates about Norway’s ongoing vaccine roll-out have taken a distinctly populist and nationalist tone in recent weeks. While Norway has won praise for its commitment to donate some of Norway’s surplus vaccine doses to poor countries parallel to its own vaccination campaign, opposition politicians and the media have questioned why Norway – the richest country in the world – lags behind other countries, like Israel, the UK and Denmark, in rolling out vaccines. Was it a bad idea to join the common EU purchase mechanism for vaccines? Should Norway instead have gone solo, using its oil wealth to ensure a place at the front of the queue?

We argue that there are five key reasons why claims that a small country like Norway would do better on its own in the global vaccine race are misguided and set the wrong precedent for further debate.

1. Little Norway. Norway cannot compete with bigger and more powerful countries. As a diplomat involved in the EU purchase agreement cited in Le Monde put it, “If all the [EU countries] had negotiated separately, Germany would have taken nearly all the doses, France would have come second, and the others would hardly have gotten anything.” And with the purchasing power of the EU, the reality of standing alone becomes even starker: compare the EU’s shared negotiation with that of Israel. Although Israel has already vaccinated 21% of its population, they paid twice the amount for the Pfizer/BioNTech vaccine as the EU did and sold access to data on its roll-out with the pharmaceutical giant. Even if Norway would be willing to agree to such terms, there is no guarantee the country would have been prioritized and received the vaccine earlier than through the EU agreement. Big powers can apply political pressure, offer vaccine suppliers a bigger market and simplified negotiation and regulatory processes that Norway alone simply cannot muster.

2. Production capacity has already been hoarded. In any case, there is no stock of extra vaccine doses that Norway could buy on its own: almost all of the production capacity for 2021 was bought up last summer, when rich countries secured advanced purchase agreements with vaccine manufacturers long before the vaccine  efficacy and safety had been established, or vaccine doses produced. Besides, does Norway really need additional doses? The government has promised that all adults in Norway will have received an offer of vaccination before summer – i.e. before those in the at-risk groups in poor countries. The EU has secured more than necessary to vaccinate its entire population.

3. Norway is dependent on global cooperation. Had all countries decided to prioritize their own populations, as the US did with their ‘America First’ policy, Norway would have waited much longer for the vaccine. Countries without their own production capacity are dependent on major vaccine manufacturers and the cooperation of producing countries not to ban exports to prioritize their own population. While India, the world’s largest vaccine producer, has recently started to export the University of Oxford/AstraZeneca vaccine, initial Reports that it might ban exports in order to prioritise its own population provoked international outrage. Although the reports were later dismissed as false, its decision to exercise “vaccine diplomacy” by prioritizing exports of vaccines to neighbors and allies shows how vulnerable countries without domestic production capacity can be.

4. Vaccine nationalism gives worse contract terms. Vaccine suppliers have enormous power to set the terms of national states’ access to vaccine supplies. Pfizer or Johnson & Johnson, for example, are worth more than many high income countries. Had Norway stood alone against these huge companies, we would have had little negotiation room to oppose their terms. The UK has secured faster vaccine access than Norway, but has done so through a fast-track approval of the vaccine and by taking full responsibility for compensating patients for any side effects. The EU, on the other hand, stood stronger together and used their established regulatory approval rules in relation to the vaccine’s safety and efficacy, and thereby managed to negotiate a better price per dose, (relatively) early access, and more balanced compensation agreements for side effects.

5. No one is safe before everyone is safe. To prioritize one’s own population can be a short-term victory. If the virus circulates freely in poorer countries, it can mutate further, become resistant to the vaccine and thus threaten immunity for vaccinated people, including at home. Furthermore, Norway’s affluence is dependent on international trade and a flourishing global economy: secure all countries’ equal access to the vaccine will save not just many lives, but also pay off financially.

National decision-makers face a difficult dilemma. They must find the right balance between vaccine nationalism (securing as many doses as possible for its population) and multilateralism (upon which small states like Norway depend). Populist arguments about vaccine access are dangerous because they simplify a very complex landscape characterized by different interests and compromises. By focusing on the two or three weeks Norway lies behind other rich countries, we also lose perspective. Norway continues to be a long way ahead in the global vaccine queue, while countries like South Africa talk about a ‘vaccine-apartheid’ and the World Health Organization warns that many people in many low-income countries are unlikely to get access to the vaccines before 2024.

Norway appears to be coming good on its promise to promote global solidarity, with COVAX recently securing at least 1.3 billion doses of vaccines for poorer countries, and Norway promising to donate a proportion of its own doses in parallel with its national vaccination roll-out, possibly from next month. The challenge now remains convincing national politicians and the Norwegian people to support this initiative by persuading them that a nationalistic stance in vaccine procurement at home is in nobody’s interest.

This text is a translation and adaptation of an op-ed originally published in the Norwegian weekly Morgenbladet: https://morgenbladet.no/ideer/2021/01/sololop-er-ikke-veien-ga-i-den-globale-vaksinekampen