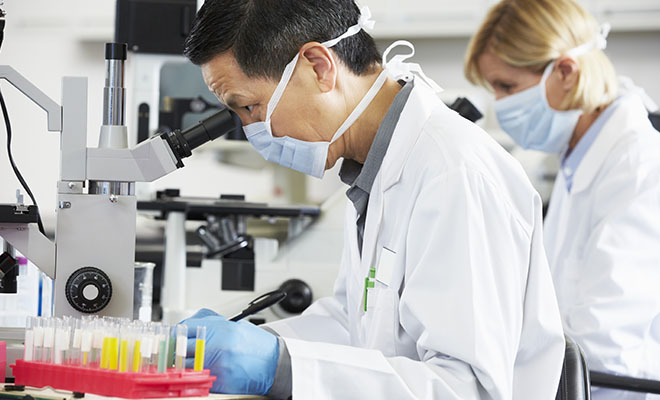 Over the past few weeks, China has been widely praised for the unprecedented accomplishment of its scientists in identifying the coronavirus in record-time (one week!) and sharing its DNA sequence with the rest of the world. Indeed, the country has not only developed a diagnostic test but also provided considerable clinical information about the disease, thus allowing it to demonstrate its growing scientific prowess. The strength and power of the Chinese state has been in full display on the world stage. While China has impressed large parts of the world in recent decades with its impressive ability to undertake major infrastructure projects, the current crisis has provided ample evidence of its extraordinary logistical capacity to undertake major projects within its own territory. Social media sites have been inundated with video clips that provide daily updates of round-the-clock activity in constructing a large (1000-bed) makeshift hospital in Wuhan within a week. And a second new hospital is also expected to be ready soon.

Similarly, images of deserted streets, effective roadblocks and the widespread deployment of the police and military personnel illustrate high state capacity to enforce the largest quarantine in history. The city of Wuhan, with its 11 million inhabitants, is in complete lockdown mode while restrictions have been imposed on neighboring cities in the region. State media reports show that food is abundantly available in grocery stores and that social order is being maintained. From a state capacity perspective, this is impressive by all accounts. Which other country in the world could mount such an extraordinary response? There is already a growing amount of concern on the ability of China’s neighbors such as India, to respond to a crisis of such magnitude not to mention many countries in Sub-Saharan Africa with poorly funded health systems, inadequate infrastructure and weak state capacity.

China’s response to the epidemic is not only a reaction to a mounting health crisis, but also a projection of the strength of its regime and its preferred approaches to development and governance. The censorship of public debate and social media, for instance, can be viewed in some quarters as an effective tool for limiting the spread of rumors and preventing widespread panic.

Unlike the SARS epidemic in 2003 – when China was widely criticized for withholding early warning information and thereby delaying efforts to mount an effective response at a crucial early stage – the current crisis, by most available accounts, has been handled much better by the central authorities. There is, however, growing evidence to indicate that the local authorities in Wuhan could have reacted much earlier. By delaying the declaration of a “crisis”, and perhaps by withholding information from Beijing on the sheer scale of the growing epidemic, there has been growing criticism of the delay caused by local political and administrative inaction in Wuhan city and Hubei province.

There are already a growing number of news reports and analyses that highlight the siloed and hierarchical political structure in China that appear ill-suited to deal with emerging crises. Local officials may risk jeopardizing their careers if they make higher-ups aware of unpleasant news and complex problems that have not already been dealt with effectively. There is growing evidence to indicate that the strategy adopted by the authorities in Wuhan was to initially tone down the seriousness of the problem, thereby allowing the crisis to escalate beyond control.

But even when such information is available, central authorities may not find it convenient to declare a national emergency. Based on our previous work on famines, we find that by declaring a crisis, leaders risk attracting criticism from domestic and international actors. A crisis is also often understood by leaders to be tantamount to admitting to an administrative failure on their part. All of this negatively impacts the image of the country and may undermine the legitimacy of the government. However, the use of the term “crisis” may also have its benefits. One can give the impression that things happen without a reason, i.e. no one can be blamed and no specific decision can be traced back to have started the numerous components of a “process” that leads up to the crisis “event”.

The Chinese response viewed through the global health security prism

China has been a prominent beneficiary and advocate of globalization. The mindboggling ambition of the Belt and Road Initiative (BRI) – launched in 2013 and estimated to cost over $5 trillion – has been variously interpreted by countries and organizations as visionary leadership for global development based on international solidarity, Communist party propaganda, quest for world recognition of China’s might, attempt to boost world trade and a platform for win-win global cooperation. The growth of BRI activities has facilitated the increased circulation of goods and people by connecting China with the rest of the world. This in turn has increased the risk of the international spread of the nCov2019 epidemic, particularly in Sub-Saharan Africa which hosts millions of Chinese workers building much-needed infrastructure projects, but where most health systems are ill-equipped to handle a major epidemic.

The global system that fosters cooperation against dangerous epidemics – spearheaded by the World Health Organization (WHO) – aims to rapidly identify and stop the ‘bad’ circulation of viruses and pathogens. In other words, the system is geared towards reaping the benefits of globalization while making circulation flows safer. The coronavirus epidemic, however, exposes the shortcomings between the ideals of a well-functioning global cooperation mechanism and China’s capacity to comply with such a system. Indeed, unlike global mechanisms that emphasizes early detection of, and response to, emerging health threats, the current Chinese model appears better suited to responding to outbreaks that have already turned into a crisis rather than threats that are emerging. Moreover, the WHO’s response has been hindered in the absence of independent and non-official sources of information in China – an important bottom-up dimension that the global disease surveillance system relies on. Another factor that is complicating the coronavirus response is China’s opposition to Taiwan’s membership of the WHO.

Although there are good reasons to be impressed by the Chinese response thus far, there is a risk that the authorities, under colossal domestic and international pressure, may be tempted to politicize their response in order to project strength and safeguard China’s reputation – a politicization that may occur at the expense of the efficiency and fairness of the response. While social distancing measures – including the cancellation of festivities and inter-regional transportation measures in connection with the Lunar New Year – have been praised by public health experts, other extraordinary measures such as mega-quarantines are criticized. For example, some argue that not only do quarantines have an uncertain impact for disease containment, they also often tend to negatively impact the most vulnerable social groups in the quarantined zones (e.g. migrants).