The future of the Indian energy sector

India has made considerable progress in recent years towards bringing energy services to its citizens and achieving the Sustainable Development Goals (SDGs). Two recent IEA reports shed light on the challenges ahead. 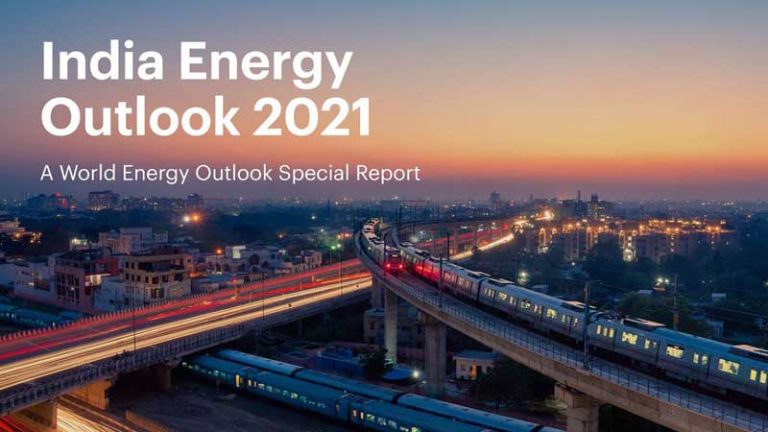 India has made significant progress in recent years in bringing energy services to its citizens. In under two decades, 900 million people have gained access to electricity, and India’s energy demand has more than doubled in the same period. Nonetheless, India’s per capita electricity consumption is only one-third of the global average. As such, the country faces challenges in establishing the policy and market conditions to provide affordable and clean energy for its citizens.

This year, the International Energy Agency (IEA) published two reports on energy trends in India. Released in February, the India Energy Outlook 2021 explores the opportunities and challenges ahead for India to ensure reliable, affordable and sustainable energy to a growing population. Subsequently, Renewables Integration in India 2021, published with NITI Aayog in July, suggests ways for India to maximise the amount and value of solar and wind power in its electricity system.

India is currently the world’s third-largest energy consuming country, due to rising incomes and improving living standards. An expanding economy, growing population and increasing urbanisation and industrialisation mean that India is expected to see the largest increase in energy demand of any country up to 2040. India is also the third-largest CO2 emitter in the world, despite low per capita emissions. Coal, oil and soil biomass meet over 80% of India’s energy requirements, and around 660 million Indians have not fully transitioned to modern, clean cooking fuels or technologies. According to the India Outlook report, the continued reliance on imported fuels creates vulnerabilities to price cycles and volatility, as well as possible disruptions to supply.

Nevertheless, the report highlights two positive developments. First, India’s success in bringing electricity connections to its citizens has improved the material well-being of a huge number of people. Second, India has seized the transformative potential of renewables, particularly solar power. The Indian electricity sector is on “the cusp of a solar-powered revolution,” with solar power expected to match coal’s share in the Indian power generation mix within two decades. According to the report, the rapid expansion of solar power combined with smart policy-making are transforming India’s electricity sector, enabling it to provide clean, affordable and reliable power. India is expected to reach net-zero emissions by the 2060.

However, transforming the energy sector requires massive advances in innovation, solid partnerships and huge amounts of capital. According to the IEA, the additional funding for clean energy technologies required to put India on a sustainable path over the next 20 years is US$1.4 trillion. Integrating renewables in India will also require action at both the central and state level. The Renewables Integration report focuses on individual states rather than the national level, presenting findings from consultations with national and regional stakeholders in three states (Maharashtra, Karnataka and Gujarat) to understand the specific energy transition challenges faced by these states. The report uses IEA modelling results to show the effects of different flexibility options on the power system. India’s power system can efficiently integrate renewables, but it would require identification of resources and proper planning, regulatory, policy and institutional support, energy storage and advance technology initiatives.

The IEA reports highlight that “India’s ability to ensure affordable, clean and reliable energy for its growing population will be vital for the future development of its economy, but avoiding the kind of carbon-intensive path previously followed by other countries will require strong policies, technological leaps and a surge in clean energy investment.” India’s energy choices have direct consequences for a growing population, but also for the rest of the world through their impact on energy markets, emissions and flows of technology and capital. As such, all paths to effective global clean energy transitions are dependent on India.