The (dis)ableisation of environmental governance: Lessons from Oslo

Urgent and ambitious climate mitigation and adaptation policies are needed to strengthen responses to climate change. What are the trade-offs between social and ecological objectives and outcomes of a green transformation for (dis)abled people? 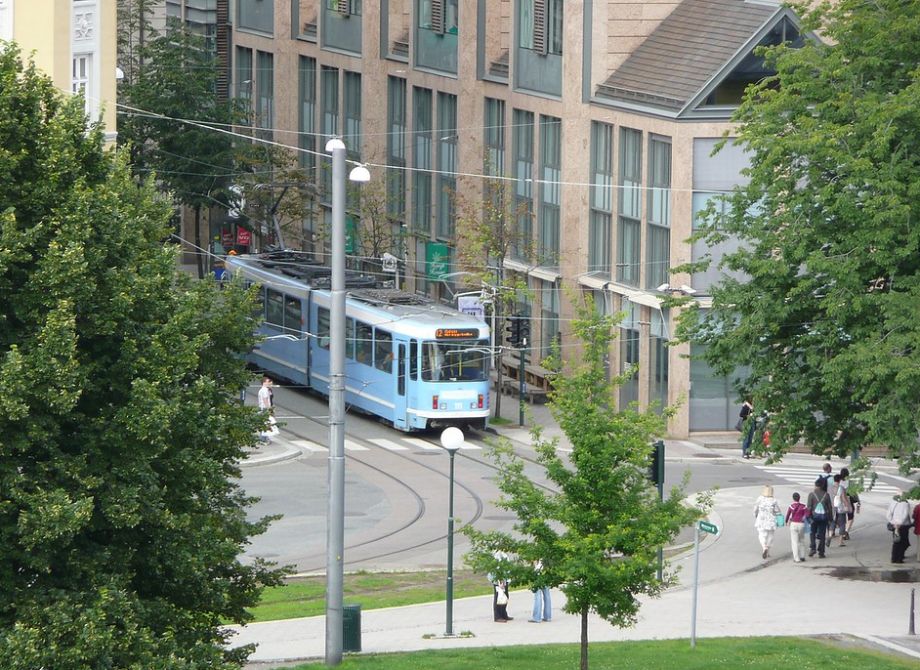 The new IPCC report makes it irrevocably clear: urgent and ambitious climate change mitigation and adaptation polices (CCMAPs) are needed to strengthen local, national and global responses to the threat of climate change. At the same time, a growing body of literature asserts that social justice implications of CCMAPs require greater attention. Indeed, current feminist scholarship stresses that climate change mitigation and adaptation policies have tended to ignore entrenched social injustices and intersectional livelihood struggles related to gender, race, disability and caste. This is alarming considering that a myriad of ‘socially blind’ climate policies are found guilty of (re)producing social inequalities and problematic social hierarchies. Poorly informed CCMAPs therefore risk diminishing different groups of people’s capacities and opportunities to benefit from ‘green transformations’ and to cope with and manage the impacts of climate change in their everyday lives.

In my thesis awarded University of Oslo´s sustainability prize, I brought the above discussion to Oslo and the city’s ongoing green transformation (learn more about the climate strategy for Oslo towards 2030 here). My overall aim was to explore how ten people that are blind or use wheelchairs experience Oslo’s climate interventions related to ‘Car-Free City Life’ and the use of public transportation. By bringing to light how the climate strategy intersects and entwines in the everyday lives of these people, I wanted to investigate if Oslo’s climate strategy produces or reinforces pre-existing social inequalities faced by (dis)abled people. Moreover, my aim was to bring to view whether the climate strategy ensures (or not) that blind people and wheelchair users can be ‘green citizens’ on an equal basis with other groups of people in the city.

Through this critical exploration I identified a problematic trend that I coined the ‘(dis)ableisation of environmental governance’. I mean two things by this. Firstly, Oslo’s climate strategy was found guilty of designing climate interventions favouring people with ‘norm-functioning bodies’*. In other words, while bodies are different, some types of bodies and some kinds of bodily differences and abilities have been the subject of (unintentional) preference in Oslo’s climate strategy. Indeed, several informants contended that they have been ‘massaged into’ an ableist climate strategy and that Oslo kommune has ‘added the disabled and stirred’ when they have planned for their green transformation. As a result of this, many informants feel that the climate strategy is not universally designed nor reflective of pre-existing inequalities faced by (dis)abled people in their everyday lives. This is the ‘ableisation’ of Oslo’s climate strategy.

I think disabled people are an afterthought in the climate strategy, and then it becomes a bit like ‘what are we going to do with them? (Informant)

By analysing the consequences of (dis)ableisation of environmental governance in the everyday lives of (dis)abled people, I have demonstrated the importance of interrogating and rendering visible the potential disabling effects of climate actions and green transformations. My analysis challenges Oslo kommune’s assertion that its climate strategy reduces both GHG emissions and social inequalities. My findings, briefly summarized here, clearly evidence that more research is needed to investigate and challenge how CCMAPs might produce/reinforce disabling barriers that further the exclusion and marginalisation of (dis)abled people. Indeed, these disabling barriers effectively bounds the possibilities for (dis)abled people’s inclusion in, and enjoyment of, Oslo’s ‘green transformation’.

Finally, my thesis illustrates that it is high time to add a ‘disability lens’ to critical discussions about the contested nature of environmental governance. This means acknowledging the everyday lived experiences and livelihood struggles of (dis)abled people when asking questions such as: who gains and who loses from the implementation of CCMAPs? What are the trade-offs between social and ecological objectives and outcomes of a green transformation?

* I use the terms norm functioning bodies, (dis)ability and (dis)abled people to account for the socially constructed hierarchies, norms and practices which categorize and value bodies based on dominant discourses of ability and disability (Schalk, 2017).