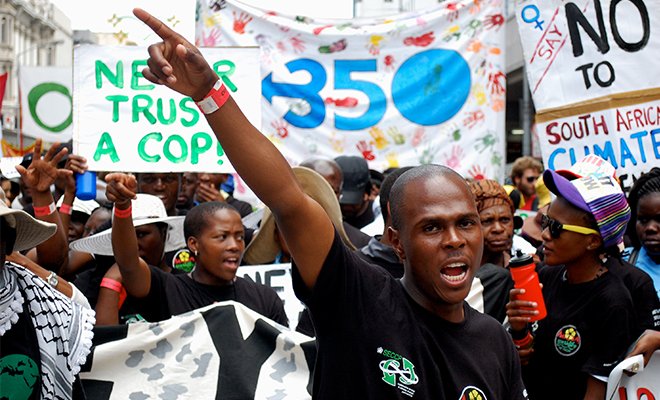 Civil society is generally understood as “the arena between the household and the state” and includes a diverse group of formal and informal groups – charities, faith-based groups, professional and business associations, trade unions, social movements, advocacy groups – that promote societal interests by acting independently of the state and the market. In addition to a non-profit profile, CSOs can be distinguished by size (staff strength and economic turnover), sector of operations (single or multi-sectoral), target group (general population versus specific groups like children), form of intervention (implementing projects versus funding others) and value base (humanitarian or based on political ideology and faith).

The boundaries between the state, civil society, family and the market are, in reality, often blurred and contested – requiring constant negotiation. Indeed, it is sometimes not clear whether CSOs and the state play separate roles or occupy separate terrains – civil society may be embedded in state structures, often working with the state, or working in a limited role by only demanding some state services. Moreover, while CSOs may sometimes work in opposition (openly), they may also work underground (hidden from view). Several influential scholars have thus long argued that state-society relations in large parts of the world are at a crossroads and that we ought to “devote more research attention to the associational life that occurs in the political space beyond the state’s purview”.

Following the growing distrust in the ability of the state in low-income countries to undertake economic and political reforms, CSOs began to be viewed in the late 1980s as having a comparative advantage over the state in providing public services as well as in consolidating democracy. Many Latin American countries began toying with the idea of letting CSOs take over certain traditional areas of state activity like the provision of health care. The available empirical evidence on the impact of civil society on social and economic development, however, does not present a clear picture and there is no consensus on the role that civil society should play in strengthening democracy. For example, the continued presence of pervasive patronage networks in many countries has meant that CSO activities have not always managed to strengthen democratic freedoms. Establishing an NGO may simply be an alternative process of power accumulation. Moreover, numerous questions are currently being asked about the strategies CSOs employ to influence public policy and whether they really represent the voices of the poor.

Recent research shows that the few organizations that have achieved substantial policy impact – like trade unions and churches – are those that typically do not depend on foreign aid. The success of such organisations has largely been traced to their organizational structure (based on membership subscriptions) and their relatively close ties with the government. Several studies in the past couple of decades conclude that the key features that explain successful policy engagement by CSOs include strong organizational capacity, access to adequate financial resources, and a high level of perceived legitimacy by the government. For example, the experience from the much-quoted and indeed very successful experiments of CSO participation in policy-making in Brazil show that organisations need not necessarily risk co-optation, “but instead are more likely than their poorly connected counterparts to organise public demonstrations and to make demands on the government through multiple channels" if they maintain close ties to political parties and contractual relations with state.

There are numerous channels for CSOs to influence political affairs, including transparency initiatives (budget and expenditure monitoring) and contentious action (protests and advocacy campaigns). CSOs can also represent marginalized people in formal areas of policymaking. They can additionally convene new spaces for deliberation and claim-making while at the same time conducting training activities and disseminating information aimed at fostering greater citizen engagement in public affairs. By adopting confrontational approaches that challenge powerholders, CSOs may strengthen and protect the rights of citizens. However, if citizens begin to view CSOs to be all-important, such activities may also risk damaging the legitimacy of a weak state. Striking the right balance, although difficult, appears to be key.