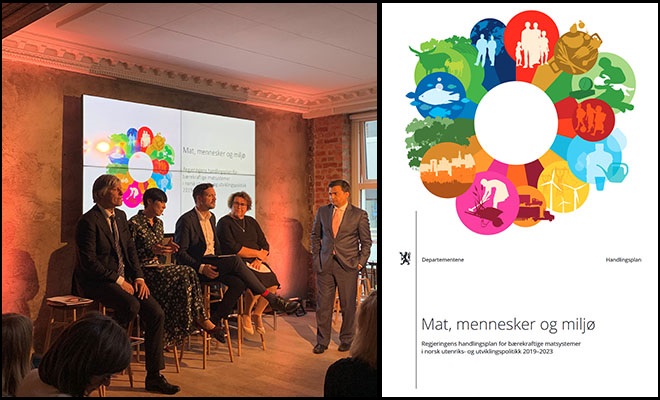 Food security features high on the international development agenda. Two global initiatives in the past decade have reiterated the policies and programmatic actions required to spur urgent action to prevent malnutrition. First, members states of the World Health Organization unanimously endorsed in 2012 six ambitious and global targets to be achieved by 2025 aimed at improving maternal, infant and young child nutrition. Second, the 2030 Agenda adopted by 193 world leaders in September 2015 highlighted the urgency of enacting strong policies that leverage the benefits of globalization while minimizing the risks in order achieve the Sustainable Development Goals (SDGs).

Despite such attention on food security and nutrition, progress has been slow. According to the FAO, an estimated 821 million people today suffer from various forms of hunger and almost 155 million children aged under five are ‘stunted’ (too short for their age) while 52 million suffer from ‘wasting’ (their weight is too low for their height). These trends have been variously attributed to conflict, climate change, rapid changes in dietary habits and economic slowdowns.

In a rare move, seven Norwegian ministries collaborated closely in producing this very well-written and timely white paper. A major goal outlined in the white paper is to coordinate the numerous Norwegian government strategies already in place on renewable energy, antibiotic resistance, disaster prevention, environmental pollutants, digitalization and noncommunicable diseases. A related goal is to undertake regular consultations between various ministries in following up the strategy on sustainable food systems in close coordination with inputs from a reference group consisting of academics, civil society representatives and business leaders. Norwegian embassies around the world will also be tasked with promoting dialogue with respective governments on the topic. The Norwegian government has also indicated that substantial resources will be earmarked for the promotion of sustainable food systems in low-income country settings.

Together with Ola Westengen, I have previously written about how the food security discourse, viewed from a historical perspective, has witnessed a pendulum swing – from an initial focus on food production in the 1950s and 1960s, to resource scarcity and availability in the 1970s to a multifaceted social framing involving social science analyses on entitlements and access to food in the 1980s followed by a focus on the linkage between human rights and food in the 2000s. The widely accepted understanding of food security, as it was formulated for the 1996 UN World Summit on Food Security (WFS), highlights four major and interrelated aspects: food availability (adequate food supplies), access (people’s ability to access the available food supplies), utilization (calorie and micronutrient intake and absorption) and stability (environmental, economic and political stability in access to food). Viewed from this perspective, the focus on the food systems approach in the Norwegian white paper is particularly encouraging. Ensuring food security is no longer only about production, but sustainable production. Similarly, issues of production cannot be seen in isolation from matters of access to, and affordability of, safe and nutritious food. Moreover, food security cannot be isolated from other aspects of development, including health, education, energy, gender rights, transport and biodiversity.

During a recent launch of the white paper, which I chaired, I interacted with five Norwegian ministers – fisheries, environment, agriculture, development cooperation and foreign affairs. Among the issues we discussed were renewed global attention on the concept of sustainable development and the extent to which politicians around the world are embracing policies in line with the 2030 Agenda and the SDGs. There was overwhelming agreement that SDG 2 cannot be achieved without considering other SDGs – hence integration of the goals is crucial. However, politicians typically do not address issues of trade-offs and it was unclear how and to what extent the seven ministries involved will be able to undertake regular consultations with each other and operationalize the white paper into concrete and coherent policy. While Norway is routinely praised for its generous foreign aid contributions, a recent evaluation of its policies by the OECD found that the country must strive for greater policy coherence.

Although the white paper’s focus is primarily on SDG2, the priorities outlined signal Norway’s interest in taking a leadership role on sustainable development. The plan to promote sustainable food systems will not only impact SDG 2 but will have major implications for the achievement of all SDGs. However, while the white paper indicates a high level of political interest and sets out ambitious plans, it will require concrete operationalization of a joined-up policy in the years to come. Indeed, the success of this bold plan will ultimately depend on the extent to which the various ministries involved can collaborate and achieve policy coherence.