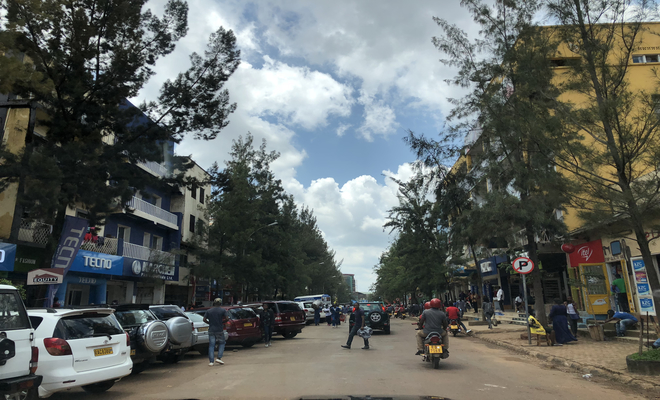 Despite being a small and landlocked country, with a brutal history of genocide, Rwanda is often viewed as a success story that others could emulate. Indeed, many Africans increasingly consider Rwanda to be a beacon of hope in a continent that longs for rapid economic growth, better distribution of incomes and improvement in social services. An illustrative example is Kigali, which has for many years, been praised for being one of the cleanest cities in the world. Following a visit to Kigali last year, I wrote the following in a blog discussing the role of leadership for sustainable development in Africa:

It is easy to marvel at the spotlessly clean streets of Kigali, where virtually every corner has been swept clean and one can seldom find any form of trash lying around. Several new office buildings and international hotels dot the skyline, and a large conference centre regularly hosts major international events. Tourism is also booming, and Air Rwanda is expanding its fleet and the number of destinations it services. All motorcycle taxi drivers wear vests with clearly marked registration numbers, and it is compulsory for all riders to wear helmets. Telephone apps similar to Uber are commonly used to hail taxis as well as related services. Electricity coverage is rapidly increasing although only 30% of the population enjoys access. Rwanda is also investing in renewable energy.

Made in Africa smartphones

Rwanda is encouraging innovation and the development of a regional digital technology hub. And last week the country’s Mara Group launched a high-tech factory that will produce smartphones enabling consumers to access various services through the official government portal “Irembo”. While mobile phones are routinely assembled in South Africa, Egypt, Ethiopia and Algeria, they rely on the import of components from other parts of the world. By comparison, the Mara X ($190) and Mara Z ($130) phones are the very first of their kind with a “Made in Africa” tag. Running on Google’s Android operating system, these expensive but high-quality devices are expected to compete with more reputed Korean and American brands as well as cheaper variants from China. The goal, according to Rwanda’s President Paul Kagame, is to “put smartphones ownership within reach of more Rwandans” and in the process boost financial inclusion as well as facilitate more efficient access public services.

Rwanda is also introducing bicycle-sharing services in Kigali. A local company has recently started providing e-bicycles that are easily accessible throughout the city and equipped with a small rechargeable battery. These can be rented by using an app on a smartphone. Another interesting initiative is encouraging the younger generation to begin using electric scooters and electric motorcycles – so-called “e-motos”. The batteries allow drivers to ride for 70 km on a single charge and can be recharged at a station for a cost that is not more than what it currently costs to buy petrol. These e-motos are not only cheaper to maintain than conventional motorcycles but also quieter – thus reducing noise and air pollution from road traffic and making travel on Kigali’s clean streets an even more pleasant experience.

By encouraging the use of e-bikes and phasing out traditional motorcycles in its taxi sector, Rwanda is pursuing an ambitious green economy strategy. It is also vigorously pursuing several renewable energy projects – including solar power – in order to improve access to electricity. With its focus on local manufacturing of advanced smartphones and other products, the government and private businesses not only hope to create more jobs but also instil a sense of pride on Africa’s enormous potential to contribute to the global economy.