Investing in infrastructure to achieve SDG 9: The Kenyan experience

I recently had the pleasure of riding the Madaraka Express – a Standard Gauge Railway (SGR) project that connects Nairobi to the port city of Mombasa. It gave me a first-hand experience of how a Chinese “mega project” works, and how it is being financed, maintained and expanded to other parts of Kenya. 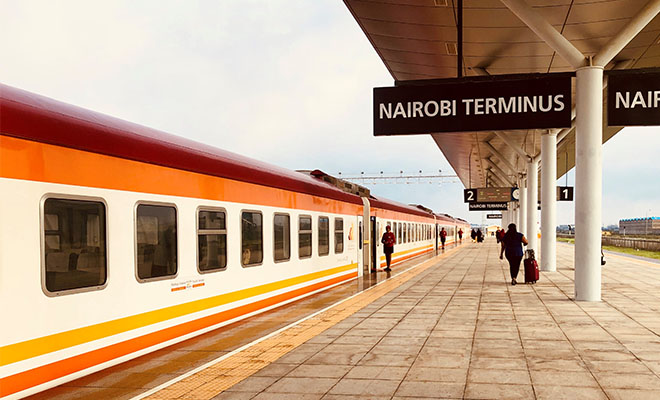 While infrastructure development has been identified as a key driver and critical enabler for productivity and sustainable economic growth in most low-income country settings, a persistent complaint among many developing country leaders is how the international community appears reluctant to invest in so-called “hard” infrastructure development. China’s ambitious Belt and Road Initiative (BRI), launched in 2013 and estimated to cost over $5 trillion, is trying to address such concerns. The BRI entails a series of large investments in roads, bridges, gas pipelines, railways, ports and power plants. Thus far, Beijing has completed the construction of roads, bridges, railways, power plants and ports in several parts of Asia, including Pakistan, Sri Lanka, Cambodia, Indonesia, Kazakhstan, Iran and North Korea, and several projects are either underway or being negotiated in other parts of Asia as well as Europe and Africa. The BRI’s design enables Chinese businesses to play a crucial role in project implementation, and function as a core actor in China’s mission to build soft power and foster greater cooperation with other countries. The SGR, the largest infrastructure project in Kenya since it gained independence, is also one of China’s flagship BRI projects in Africa.

The Nairobi terminus, where I began my journey, is a shiny new building located 23 kms from the city centre. It offers modern facilities and is equipped with touch-screens that enable you to print your pre-purchased tickets, which, when scanned, then allow you to enter the platform. Security is tight and after at least four checkpoints, I finally boarded the impressive carriage where two smartly clad attendants directed me to my preassigned seat. The ride itself was smooth and, as the train left the station, we were treated to the majestic scenery of Nairobi National Park. The seats were comfortable, with easy access to power outlets and the bathrooms were clean and well-maintained. Food and drinks were available for purchase onboard and the service from the train attendants was impeccable.

This train could have been in service anywhere in the world, but given the high demand and need for infrastructural development on the African continent, Kenya’s SGR project appears particularly impressive and timely. Almost everyone I spoke to in Kenya, including passengers, political observers, students, journalists and fellow academics, highlighted the numerous benefits of this new railway service – drastic reduction in travel time, relatively inexpensive fares, pleasant travel in air-conditioned comfort, reduction in road accidents on the treacherous road between the two cities, new jobs and a sense of national pride.

But this landmark project, built by a Chinese firm at an estimated cost of US$3.6 billion, has also received its share of criticism. Many Kenyans have questioned their government’s ability to repay the huge loans, particularly since preliminary reports have found that revenue from cargo and sale of passenger tickets has been far less than anticipated. There were already numerous questions raised on the viability of the project when a 2013 World Bank study recommended that Kenya ought to upgrade the existing meter gauge passenger service (constructed in the colonial period by the British) rather than build a new SGR project with Chinese financing. Indeed, the report argued: “There is no economic or financial case for standard gauge in East African Community area at this time. A refurbished metre gauge would appear to be the most appropriate option in economic and financial terms”.

Others in Kenya have demanded greater transparency on how the loans were negotiated with Chinese institutions and the exact conditions attached – information that the Kenyan government is yet to make public. In recent months, the Kenyan media has also reported on how contracts for the project were awarded to politically well-connected individuals and their companies, and several individuals I spoke to claimed that this enormously expensive project has fattened the wallets of influential politicians and their supporters.

Kenya is now expanding the SGR network to other parts of the country, and only time will tell whether this ambitious project will be an economic success. What is indisputable is that Kenya offers numerous lessons to other African countries seeking to undertake major investments aimed at improving their infrastructure and achieve SDG 9.

This is a modified version of an article that was first published in my weekly column “In Pursuit of Development”, The Nation, on 13 June 2019.