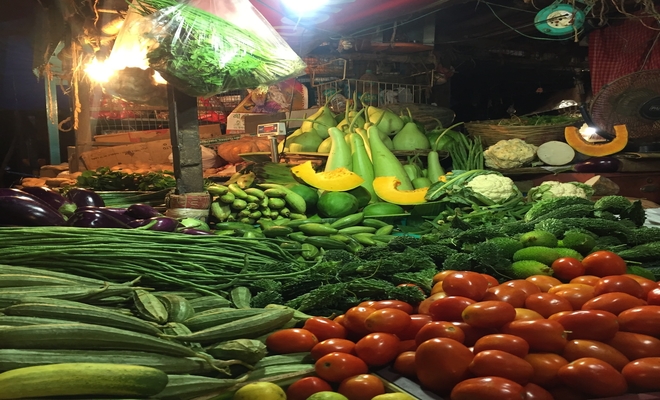 India has witnessed substantial improvements in the past six decades—e.g. the number of undernourished individuals decreased from 210 million in 1990–1992 to 194.6 million in 2014–2016 and there has been a reduction in stunting among children under 5 years (height for age) from 61.9 per cent in 1992 to 38.4 per cent in 2017. However, wasting (low weight for height) among children under 5 years remains high (21 per cent), and one quarter of the country’s children are malnourished. An astonishingly high number of Indians (190 million) go to bed hungry every night. Thus, there is widespread consensus among scholars, practitioners and policymakers that improvements in nutritional status have not kept pace with the country’s impressive success in spurring economic growth in the past few decades.

While there is a widespread belief that the home of the malnourished child is sub-Saharan Africa, all available data clearly show that the worst affected region is South Asia. The enormity of the problem is borne out by the fact that India accounts for one third of the world’s undernourished children, every third woman in the country is undernourished, and over 55 per cent of Indian women are anaemic. This stark reality prompted the Indian Prime Minister to admit in January 2012 that the “the problem of malnutrition is a matter of national shame” and that the country has not managed to reduce hunger “fast enough”.

India was ranked 100th among 104 countries in the 2017 Global Hunger Index compiled by the International Food Policy Research Institute. To put things in perspective – Malawi, Tanzania, Bangladesh and Nepal – are all ranked higher than India. Even North Korea is better placed (ranked 93)! Such facts, when released in October 2017, generated heated debates in India – with many wondering how it was possible for all of its neighbors (except Pakistan) to fare better than India on the hunger front.

The overall improvements in nutritional status that many groups in India have experienced in the past half a century are mainly due to an increase in foodgrain production, better diets, increased access to health care and the implementation of some of the largest social protection programs in the world. The Indian government’s two main pillars for ensuring food security include improving access to foodgrains and increasing their availability or production. While food production has increased manifold—largely due to the success of the Green Revolution—hundreds of millions of Indians do not enjoy food security, defined as ‘physical, social and economic access to sufficient, safe and nutritious food that meets their dietary needs and food preferences for an active and healthy life’. But India also has some of the largest social protection programs in the world – including the provision of subsidized food through the Public Distribution System (PDS), target food supplementation for small children and their mothers as part of the Integrated Child Development Services (ICDS) and the provision of a cooked meal once a day through the Mid-day Meal program. Such interventions have no doubt made significant contributions to improving food security in the past few decades, but they are also ready for a major overhaul to ensure greater effectiveness. All three programs have been plagued by problems related to identifying and reaching targeted groups in the population, weak purchasing power of food insecure households, corruption and leakage, lack of trained staff and equipment and inadequate storage facilities for foodgrains.

India’s vibrant democracy has, however, encouraged numerous social movements and an adversarial media that have persistently highlighted nutrition-related deprivations in many parts of the country. The right to food movement has been particularly influential in the past decade in undertaking critical public scrutiny of the shortcomings of PDS and other nutritional programs. An important result was the interest shown by the Indian Supreme Court to hold central and state governments to account for their failure to protect the right to food. The Court has, over the last decade, issued numerous judgements aimed at revamping social protection programs and better identifying groups vulnerable to hunger.

One of the most important impacts of the right to food movement in India was the enactment of national legislation on food security—the National Food Security Act in 2013, aimed at redefining the basis for promoting food security in the country ensuring greater access to adequate quantity and quality food at affordable prices. While the Act contains many innovative features with the potential of improving food security in the country, I have argued that four broad sets of challenges that it currently faces – continued political disagreements over costs and available funding, division of responsibility between various levels of government, lack of linkages to health and education and a comprehensive overhaul of the country’s expensive but largely ineffective social protection system.

After decades of uncoordinated policymaking on hunger, India launched a comprehensive National Nutrition Strategy (NNS) in December 2017 with a specific focus to achieve the targets associated with the SDGs related to nutrition and health. The NNS encourages decentralized planning and a stronger linkage between healthcare and nutrition. A key feature of the strategy is the establishment of a National Nutrition Mission (Poshan Abhiyaan) to facilitate a close integration of cross-sectoral nutrition-relayed interventions. But Mission’s powers appear to be mainly related to supervision and monitoring rather than having the power to identify and analyze the reasons behind India’s slow progress in improving nutrition. Thus, one observer has termed it the Mission for Measuring Malnutrition rather than a powerful executive body that can work on a strategy to bridge the dietary and information deficit in Indian households.

A key challenge is that the political-administrative response in India is typically short-term, ad hoc, and populist in character. The country has a long history of giving widespread attention to allegations of sensational and so-called ‘starvation deaths’, while the problem of chronic hunger or ‘undernutrition’ has not attracted the same level of state response as it is not considered to be a ‘crisis’ such as a famine. Indeed, the political system has historically failed to address fundamental issues related to daily susceptibility to hunger and the numerous flaws in the implementation of major social programs —including the need for correct diagnoses of the exact type of nutrition-related problem, early intervention, and meaningful interaction between policymakers and local-level bureaucrats. Thus, India’s abysmal record at promoting food and nutritional security, despite managing to increase food production, is not necessarily a product of a lack of resources but rather due to political and administrative disinterest compounded by a lack of appreciation of the dangers of chronic (or less visible forms of) hunger. The National Nutrition Strategy and related initiatives such as the National Nutrition Mission can only make a real difference if they are backed by solid and broad-based political support at all levels of government.