In pursuit of universal health care

The average world life expectancy at birth is now over 70 years. We are all living longer, and while this is good news, it is also creating enormous pressures on existing, and often fragile, health care services in many parts of the world. 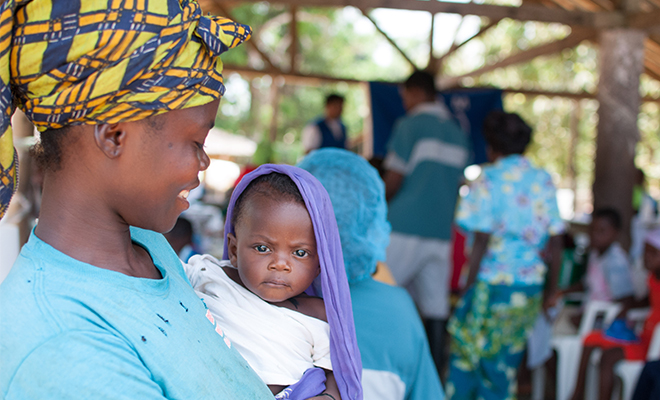 There is considerable focus in the international development discourse on the millions of lives that have been saved as a result of successful initiatives such as the Global Fund to Fight AIDS, Tuberculosis and Malaria, the AIDS initiative PEPFAR and the global vaccine alliance GAVI. Despite such successes, however, the pace of progress has slowed in many countries since 2010. A 2019 Global Monitoring Report, published just before a recent (and first-ever) high-level summit on universal health care at the United Nations in September, concludes that over five billion people risk not having access to health care in 2030.

Findings of the 2019 Global Monitoring Report

Although there have been improvements in access to sexual, reproductive and child health care services in many countries, large groups of women and children continue to be left behind, mainly in Sub-Saharan Africa. Particularly worrisome is the rise in noncommunicable diseases, which account for over 70% of all deaths. Women’s health continues to suffer from unequal power relations in society and the lack of timely diagnosis, while the aggressive advertisements of tobacco and alcohol are increasing health risks for men. Indeed, almost half of the world’s poor do not have access to the most basic forms of medical care. And preventable diseases, using relatively cheap vaccines, continue to be underprioritized.

The world is lagging behind in achieving most of the Sustainable Development Goals, including that of health. Thus, in recent months, there has been considerable international attention on Universal Health Care (UHC), defined as all individuals and communities being able to access quality health services without financial hardship. The main obstacles to achieving UHC include inadequate infrastructure, expensive medicines and out of pocket payments, shortage (and maldistribution) of qualified health workers, and low adoption and access to innovative technology. The World Health Organization claims that over 100 million people are pushed into extreme poverty each year because they cannot afford out-of-pocket health expenses.

One crucial way forward is for countries to invest at least 1% of their GDP on primary health care. Health experts claim that over 60 million lives could be saved by increasing the annual spending on primary health care in low- and middle-income countries by around $200 billion per year. Achieving UHC, i.e. a more comprehensive health package, would require another $170 billion per year. Much of this investment is dependent on domestic resource mobilization, including taxation, and major reforms to existing service delivery and health financing policies. Access to, and the affordability of, medicines is now also attracting increased global attention. Priority must also be given to improving access in rural areas and viewing improved health outcomes together with better nutrition and education. Most importantly, political leaders must better understand the long-term benefits of investing in health.