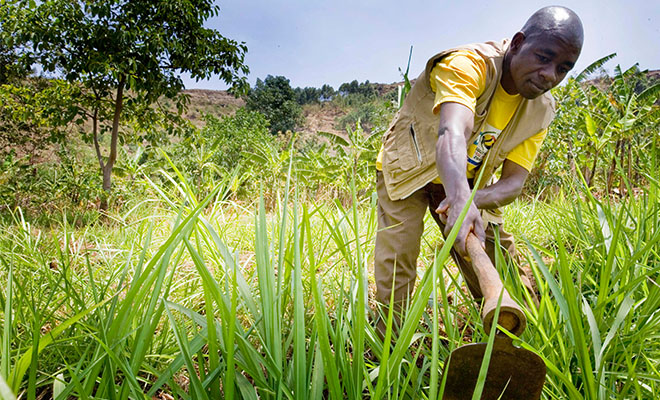 Many large-scale agricultural investments in Africa have been labelled as "land grabs" by farmers and civil society. Photo: Kate Holt/Africa Practice (Flickr)

An illustrative example is the ProSavana programme in Mozambique, where Brazil, with support from Japan, initiated in 2009 a plan to utilise 107,000 square kilometres of “unproductive land” for soybean production. Inspired by the success of the Cerrado Development Programme, which converted underutilised land in Brazil’s Mato Gross into a major soybean production region, ProSavana in Mozambique has sparked major controversy. In recent years, there have been numerous protests from farmers and civil society organisations who complain of an erosion of traditional farming practices, the increased use of harmful fertilisers and pesticides, and inadequate compensation and benefits.

But ProSavana is hardly unique. Many African leaders realise that while the livelihoods of a large majority of their populations are dependent on agriculture, the sector remains underdeveloped. Thus, coinciding with fears of a major slowdown in world food production a decade ago, politicians in many countries in Sub-Saharan Africa decided to sign contracts with foreign governments and investors for large-scale agricultural investments aimed at boosting production, creating new employment opportunities and helping to radically increase trade. Many of these projects have subsequently been termed as “land grabs” by smallholder farmers and their supporters, who feel betrayed by their leaders in the absence of major benefits arising from such ventures. Some of these lofty projects, that also included Brazil, India and China, were marketed as shining examples of mutually-beneficial “South-South Cooperation”. Several bold initiatives have stalled due to a combination of administrative logjams and a hostile political environment that increasingly began to question the real motives behind this sudden interest by foreigners in African agriculture.

The discourse on “land grabs” is polarized. Investors believe that their efforts are crucial to making the mainly smallholder-dominated African agricultural sector more productive by introducing modern technology, creating new jobs and improving food security, which in turn will help countries increase their exports. However, critics point to secretive negotiations between politicians and investors, with unclear benefits to the local population. Others point to a weak land rights regime in Africa that enables governments and investors to forcibly evict farmers, and overambitious projects that are often abandoned mid-way. Recent evidence, however, indicates that it is not just foreigners, but also the urban African middle-class that is increasingly buying up rural farmland.