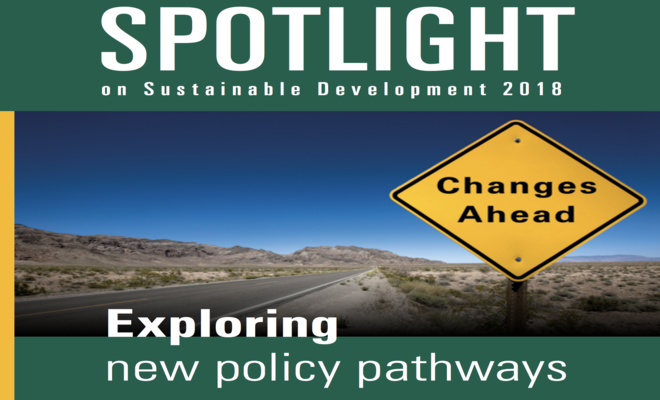 Most recent reports published by the UN and other agencies conclude that implementation of the SDGs is progressing far too slowly. There is also an emerging consensus, at least in some circles, that it is insufficient to simply rely on the Voluntary National Reviews (VNRs, that governments have been presenting at the UN for the past three years). I strongly agree with the gist of this report that the “showcase-style reporting and congratulatory government self-assessments” of the VNRs often glosses over failures and areas that have otherwise received scant attention of UN member states. An illustrative example is the general absence of the conditions of indigenous groups in most VNRs.

The Report highlights several areas that require the attention of governments and the international community. These include the enactment of progressive taxation legislation, stronger political interest in initiatives against tax abuses, more effective control of illicit financial flows, the will to enact and enforce minimum wage legislation, the guarantee of labor rights (including the right to decent work, equal pay, rights to organize and collective bargaining) and more stringent monitoring of corporate lobbying and political donations.

Social protection and impact of private sector involvement
Addressing growing inequality within countries requires an overhaul of existing public services to ensure better quality and coverage and the establishment and strengthening of comprehensive social protection systems. The Report claims that “the initial implementation phase of the 2030 Agenda has been dominated by a worrying narrative that emphasizes the need to leverage private sector engagement, investments and resources” and that privatization has weakened trade unions, broken collective agreements and worsened labor conditions in many low-income country settings. It offers some evidence of this, particularly in relation to the water and sanitation sector. The major problem, the authors argue, is that “Private investors have largely ignored the most underserved regions of the world while favoring more lucrative markets that require less capital and promise greater returns”. The report laments the abandonment of a human rights-based approach to development by the United Nations in favor of its current advocacy for greater private sector involvement in achieving the SDGs.

Several key UN officials have, in recent months, argued that we simply cannot continue to depend on the goodwill of governments if we wish to achieve the SDGs. Rather, a more effective strategy would be to view the 2030 Agenda and the SDGs as an overarching framework for holding the authorities to account. But this should not come in the way of productive partnerships. For example, at a recent event at the University of Oslo, UN Deputy Secretary-General Amina Mohammed urged the academic community and the world’s youth to use their muscles to help close the gap between expectations and reality. However, like many other senior officials, the Deputy Secretary-General argued for a stronger partnership at an early stage between various sectors – governments, civil society, private sector. She observed that businesses must be involved in a coordinated form of policymaking from the beginning, and that societal and political actors should not just involve them in relation to the end product.

The Spotlight on Sustainable Development 2018 report not only offers some persuasive evidence but also provides alternative explanations to the slow progress the world has witnessed so far in relation to SDG implementation. However, it tends to adopt a very one-sided view that is critical of private sector engagement -- often overlooking the many innovative and positive ways in which businesses are contributing to global development. These include investments in infrastructure, renewable energy, green bonds and in new technologies aimed at improving public policy and service delivery. And several recent reports by UN Global Compact confirm this trend.

There is little doubt that civil society organizations must continue to play an active and independent watchdog function in the implementation of the 2030 Agenda. This applies not just in relation to low-income country governments but also some of the richest and most powerful actors in international development. I am particularly encouraged to see that some Norwegian NGOs are now beginning to partner with private sector actors with the aim of improving health, nutrition, education, and other services.