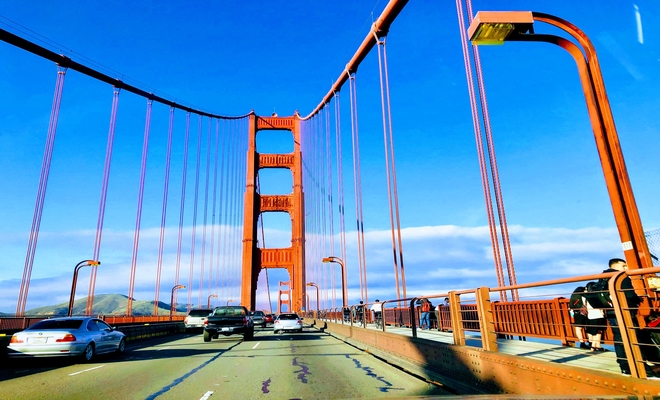 The quality of transportation infrastructure is an important determinant of the state and health of a country’s economy. Remaining competitive in the world economy requires quick and efficient movement of goods from production points to consumer outlets and export facilities. Several major world economies, including the United States and Germany, have traditionally relied on an extensive system of roads, railways and bridges to ensure that businesses can access raw materials and labour as well as reduce manufacturing costs and make goods and services more easily available to customers. Similarly, households all over the world rely on fast, safe and affordable transportation alternatives for a wide variety of tasks – getting to work and school on time in addition to enjoying convenient access to shopping, entertainment, leisure and medical services.

This summer, I spent several weeks in the United States – traveling between New York, Washington DC and Princeton University. During many visits to the country, including the years I lived in California, I have constantly marvelled at America’s impressive road network. According to the Federal Highway Administration, more than 4.1 million miles of roads and 615000 bridges cover this huge country. The almost 50,000-mile Interstate Highway network forms the core of the nation’s transportation system. Even smaller rural centres are typically connected by good roads.

In the past century, the US has spent huge sums of money constructing, upgrading and maintaining its infrastructure. Most roads are funded and maintained by state and local governments. Between 1920 and 2015, the country constructed over a million miles of high-grade roads, which facilitated faster travel between distant cities, reduced the cost of moving freight and provided a major stimulus to the automobile industry. The improved quality of roads and the use of modern technology in automobiles enabled faster speeds on American roads and reduced travel time.

While the American economy continues to grow, there are signs that the country’s existing transportation infrastructure is in need of a major upgrade. According to the American Road and Transportation Builders Association, almost 1/5th of major highways are in poor or mediocre condition. And the growing amount of traffic congestion due to inadequate capacity in many parts of the country are causing major delays and increasing the costs of interstate commerce in terms of wasted time and fuel. The continued availability of relatively inexpensive gasoline (1 gallon of premium gas costs around $3.50 in New York) has also meant that collective transportation (including high-speed railways connecting major cities) have remained underprioritized.

How the political leadership addresses these challenges in the near future will have important consequences for the continued growth and dominance of the US in the world economy as well as provide lessons for other high-income countries to follow in their quest for more sustainable and resilient national infrastructure.