If you have not heard about it already, here is some good news. Africa will soon be officially declared to be free of polio – a highly infectious viral disease. 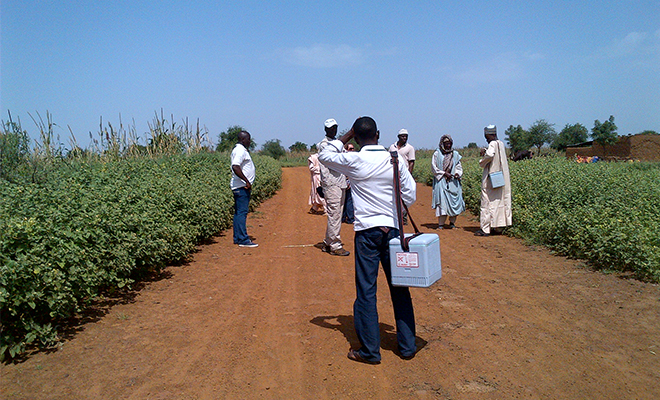 Active mobilization of rural communities has been an important factor of Nigeria's success in fighting polio. Photo: Rajni Gunnala, CDC/Flickr.

At the global level, there was an estimated 350,000 annual cases of polio in 125 countries in 1998. Since then, and following a major worldwide push to combat the disease, only 22 cases were registered last year. For the past few years, only three countries have not been declared to be polio-free – Afghanistan, Pakistan and Nigeria.

Nigeria’s last recorded case was in August 2016 in the conflict-prone Borno State. Having gone three years without registering an endemic case of polio, the country is soon set to be officially certified by the World Health Organisation (WHO) to be polio-free. Nigeria’s success is all the more impressive considering that in 2012, it accounted for 223 cases, i.e. more than half of all registered polio cases in the world.

Although there is no cure for polio, it can be prevented through immunization. The Nigerian government undertook a major initiative to vaccinate millions of children under the age of five. In this task, the government received assistance from the Global Polio Eradication Initiative, which involves support from the WHO, Rotary International, UNICEF, the United States government and the Gates Foundation. The Nigerian government was particularly successful in conducting advanced surveillance of the disease by using satellite images from remote rural communities. High-risk groups were identified and immunization efforts were strengthened to reach the most vulnerable groups in the population. Innovative techniques such as establishing clinics at local markets and checkpoints helped identify and target unvaccinated children. The vaccination programme was complemented with general medical check-ups and treatment of malaria.

Conducting such a major campaign is not easy, especially in remote and conflict-prone areas. Adding to the complexity were logistical challenges such as absence of cold storage for vaccines and poor road connectivity. However, one of the greatest successes involved mobilizing rural communities and addressing deep-rooted suspicions on the purpose and safety of administered vaccines. Across Nigerian society, considerable emphasis was placed on combating rumors and misgivings about the vaccine, and social mobilisers, religious leaders and parents were included to foster a better understanding of the immunization initiative. And government efforts received a major boost, and many local communities felt more reassured, when President Buhari made it publicly known that his grandchildren had been vaccinated.

While there is always a risk that polio may reappear in parts of the country, there is now considerable agreement that Nigeria’s polio program has achieved a result once thought impossible. Indeed, Nigeria’s achievement offers numerous lessons for addressing other health-related problems in Africa.