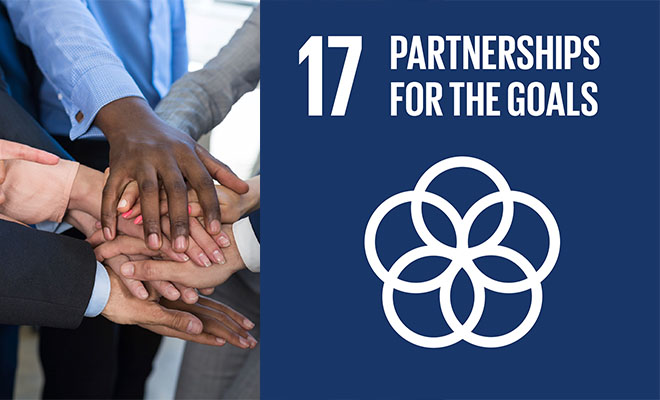 New actors on the global scene

However, between the turn of the millennium and today, the global political economy has undergone significant changes. Multinational companies with their origins in the West are, although still dominating, not the only players around. Chinese, Indian, Russian and many other companies are also making their impact felt on the global scene. At the same time, the multilateral organizations are changing due to the combined effect of the decreased support from the United States, both politically and monetarily, and the increased interest by other actors, such as China, in contributing to and influencing multilateral development efforts. Some are therefore talking about a crisis of a global liberal order.

Partnerships for the SDGs

The idea of Public Private Partnerships (PPPs) is based on an essentially liberal idea of a clear distinction between private companies, civil society and the state, and multilateral organizations being an expression of cooperation between sovereign states. However, in spite of increased influence of countries such as China, which has challenged liberal ideas, the support for PPPs has not weakened. In a recent article, Desmond McNeill and I studied the 3964 partnerships registered in the SDG database seeking to examine whether there has been a change in the composition and content of the PPPs. What kind of actors participate in the partnerships? What role do companies play? Are PPPs still dominated by Western companies? And are the backgrounds of the partners involved in the PPPs different now?

We found that in spite of often being called Public Private Partnerships only about 10 percent of the partnerships registered include business actors. The rest are partnerships between states, NGOs and multilateral organizations. Moreover, there is a significant difference between partnerships originating in different parts of the world regarding inclusion of business. While 23.8% of US & Canada-based partnerships have business partners, the corresponding number for Oceania is 4.2% and for Africa 5.9%.

Degree of business involvement varies according to type of partnership

A more interesting question is, of course, what exactly these partnerships do. Do the partnerships encourage different practices among businesses and other actors in such a way that it contributes to reaching the SDGs? While undertaking an in-depth analysis, we divided the partnerships into six categories according to their function and composition. Local implementation partnerships are investment projects that contributes to specific SDGs, led by the public sector, with private participation. In resource mobilization partnerships, businesses participate through fundraising, sponsoring etc. for an SDG-related purpose. Advocacy partnerships seek to raise awareness of an issue and businesses contribute in kind or with money. Policy partnerships are joint efforts to change policies of governments, organizations, or companies necessary to reach a particular goal. Finally, operational partnerships aim to jointly adapt production to reach a specific goal.

Of these, operational partnerships are clearly the most demanding for businesses. They often require real changes to their production processes and market relations. Policy partnerships can also be demanding when, for example, businesses are required to change practices. Local implementation partnerships, on the other hand, can sometimes be rather similar to traditional aid or public investment projects, where business plays the role of a service provider. Resource mobilization partnerships can be rather similar to traditional sponsorships, whereas advocacy partnerships are also often initiatives that are marginal to the core businesses.

Type of partnerships vary according to national institutional contexts

We based our analysis on a “variety of capitalism” approach that holds that company practices are influenced by their national institutional contexts. This influences, for example, which stakeholders are considered to be important for a company. Thus, our hypothesis was that we would find that businesses emerging from different contexts engage in different types of PPPs as they are confronted with varying types of incentives. In studying PPPs that involved companies from the United States and the BRICS countries (Brazil, Russia, India, China and South Africa), we found the starkest contrast between US and Chinese companies. US companies participated most frequently in policy partnerships (40% of total), followed by advocacy (26%), operational (20%) and resource mobilization partnerships (14%). Chinese companies were overwhelmingly (60%) involved in local implementation partnerships, followed by advocacy (26%) and operational and resource mobilization (both 7%). None were involved in policy partnerships.

We conclude that the motivation for engaging in PPPs differ for companies across different forms of capitalism. For companies operating in a “private capitalist” system, PPPs may be an opportunity to enhance their reputation—whether locally or globally— towards markets and stakeholders, including NGOs. In state-capitalist contexts, the motivation is rather to enhance the reputation and relations to state-institutions upon which the companies depend to thrive and survive.

A bit more than a decade ago I published a book on PPPs with Desmond McNeill and coined the term “market multilateralism” to depict a form of partnership supporting a set of social goals within a global capitalist economy. This currently appears less relevant now than before. Many of the partnerships are mostly local, mainly state-led, and with business being little more than a local provider of goods and services. Indeed, the many PPPs in China contribute more to a “state capitalism” than to strengthening a market-economy. PPPs thus appear to be a ﬂexible institutional form, possibly compatible with a number of diﬀerent forms of capitalisms, from “private” to “state-led.”

This blog is based on a recent article, which is a part of a special issue on business and development in a new global order in Business and Politics, edited by Benedicte Bull and Jason Miklian.