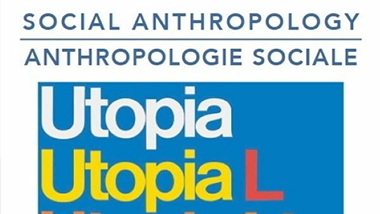 This special issue focuses on a trend that appears to run counter to the recent fascination with scaled-down solutions to world problems. From the predictive powers of Big Data in Kenya to market-driven humanitarian attempts to tackle the world’s ills, dreams of massive biometric identification in India and visions of health care ‘for all’, we are seeing a return to ostensibly, sometimes self-avowedly, ‘utopian’ imaginations and schemes of economic, political and societal transformation. These evoke a ‘universal’ scale, a politics of amelioration and ideas of social justice, routinely draw on a language of the collective, the public and the commons, while relying heavily on market logics and the privatisation of public goods. Such contradictory utopianism, and its inevitable failures, easily invites dismissal. Avoiding the comfort of this kind of critique, the contributors to this special issue draw on the idea of curiosity in its two senses. On the one hand, these utopias are themselves curious in the sense of being peculiar. Being reformative rather than radical, they seem to off er pared-down visions of social change, which remain within the status quo. On the other hand, a proper appreciation of their peculiarity requires curiosity. Grounded in ethnographic and historical research, the special issue explores the varied ambitions, relations and temporalities that inhabit new forms of utopianism, including their limitations and possibilities, hopes and failures, their engagements with policies and social movements, publics, markets and states, as well as the other political forms and social collectives that they support, subvert or ignite.