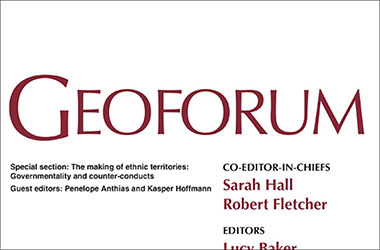 Guatemala is one of the most mining conflict prone countries in the world, with disproportionately high levels of violence accompanying the sector. Starting in the early 2000's, the rapid spread of mining projects throughout the country’s rural areas engendered widespread popular opposition among affected communities. Anti-mining activism in turn elicited a reaction from the government and the mining sector that was overwhelmingly characterised by violence, repression and criminalisation, making Guatemala one of the most dangerous countries in the world per capita for environmental activists. Drawing on fieldwork carried out between 2013 and 2017, this article examines why mining – an industry of relatively limited economic importance in Guatemala - is accompanied by such high levels of violence and repression. We suggest that mining, rather than having a high economic value, holds strategic value to the country’s powerful elite, and that violence is part of securing control over land more generally and operationalising the mining sector in particular. In recent years, Guatemala has witnessed the entrance of new transnational elites associated with multinational mining corporation. While these new elites control access to international markets and technology, they remain in a subordinate position vis-à-vis the old, local elites because the latter still exercise control over crucial political resources, networks of information and land. By forming alliances with and providing services to transnational mining corporations, a faction of the economic elite strengthens and secures its position as a powerful political actor and its access to profitable business, i.e., infrastructure development or selling energy to mining companies.