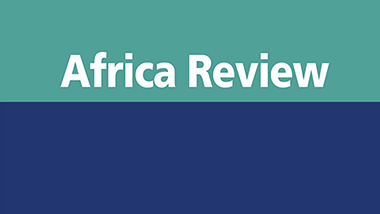 The landlocked geo-political situation has been a dominating theme that has influenced Malawi's foreign policy since independence in 1964. Mozambique shares a long border line with Malawi surrounding it from south-east to south-west and offers the closest port city for its trade and commerce. For purposes of trade, Malawi uses four so-called corridors, three of which pass through Mozambique. Malawi's quest to deal with its geo-political disadvantage of being landlocked often appears to collide with Mozambique's national interests.

This article critically discusses a recent and highly controversial effort undertaken by Malawi to improve its geo-political position under the umbrella of the Shire-Zambezi Waterway project. The main goal of the project was to provide Malawi with access to the Indian ocean through Mozambique's port city of Chinde. The article draws on a range of methodological approaches including extensive literature review as well as over fifty interviews with key informants. It argues that despite the project's economic benefits, the ‘megaphone diplomacy’ strategy that the former Malawian president adopted in relation to Mozambique resulted in the failure of the project. In spite of the popularity of concepts such as ‘globalization’, ‘regional integration’ and ‘partnerships’, we demonstrate how the national interest continues to reign supreme in diplomacy. The article concludes that the waterway project may work out in the future on two possible grounds: when Malawi changes its diplomatic approach and when the national interests of both countries are harmonized.