In The Oxford Handbook of Energy Politics, 2020. 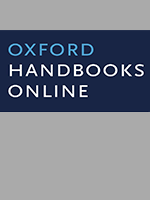 Editors of the handbook

Venezuela is essential for global energy politics because it has the largest oil reserves in the world. Historically the nation has been a significant producer, but from 2013 onward it became immersed in a deep crisis. This chapter discusses the transformation of Venezuela attributed to oil extraction, the complexities of the political configurations molded by rent distribution, and the changes in sociocultural features due to the permeation of oil rents. Venezuela’s dependence on oil has often been explained through the “resource curse thesis” due to its incapacity to assure the benefits of the commodity-led growth model and to invest in activities that foster long-term development. Political science scholarship, specifically, has been most concerned with the use of oil wealth to shape state and society and with the relationship between the state and the oil industry in Venezuela, especially its national oil company, PDVSA. These arguments account for a paradoxical mismatch between Venezuela’s promise as producer and its indebted and inefficient oil industry during Bolivarian Revolution, led first by Hugo Chávez and later by Nicolás Maduro.