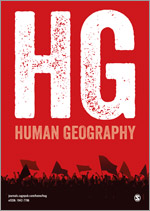 Governments and corporations exclaim that “energy transition” to “renewable energy” is going to mitigate ecological catastrophe. French President Emmanuel Macron makes such declarations, but what is the reality of energy infrastructure development? Examining the development of a distributional energy transformer substation in the village of Saint-Victor-et-Melvieu, this article argues that “green” infrastructures are creating conflict and ecological degradation and are the material expression of climate catastrophe. Since 1999, the Aveyron region of southern France has become a desirable area of the so-called renewable energy development, triggering a proliferation of energy infrastructure, including a new transformer substation in St. Victor. Corresponding with this spread of “green” infrastructure has been a 10-year resistance campaign against the transformer. In December 2014, the campaign extended to building a protest site, and ZAD, in the place of the transformer called L’Amassada. Drawing on critical agrarian studies, political ecology, and human geography literatures, the article discusses the arrival process of the transformer, corrupt political behavior, misinformation, and the process of bureaucratic land grabbing. This also documents repression against L’Amassada and their relationship with the Gilets Jaunes “societies in movement.” Finally, the notion of infrastructural colonization is elaborated, demonstrating its relevance to understanding the onslaught of climate and ecological crisis.