Tanja Winther et. al.: In the light of what we cannot see: Exploring the interconnections between gender and electricity access

In Energy Research and Social Science, 2019. 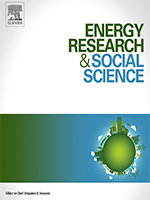 In this paper we quantify gendered decision-making patterns regarding electricity access, light and appliances in selected rural contexts in Mahadevsthan (Nepal), Homa Bay (Kenya) and Chhattisgarh (India). In the literature, decision-making in electricity has primarily been studied through case studies and qualitative methods. By quantifying some of the gendered patterns in this field, we first seek to document and compare the situation in selected contexts and then to refine the understanding of the nexus between gender and electricity access. The research design was informed by the team's previous qualitative work, and we present results from a household survey conducted in 2016 and 2017. We anchor the analysis in a micro-political approach to energy, and we draw on empowerment and domestication frameworks for analyzing tenets of energy justice. The findings show that women generally had less power than men to make decisions about electricity and appliances and that women's lack of rights in electricity was mirrored in their subordinated position in the socio-material contexts. Comparing groups of women, women in Mahadevsthan, including those who were living without a man in the household, were most likely to have electricity access and acquire appliances of their choosing. Widows in Homa Bay were the least likely to have electricity access. By drawing on the wider literature, we discuss the results in terms of how women's agency and access to electricity and appliances of their choosing in the Global South may be improved.