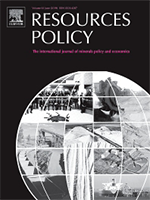 Existing literature analyzing the spread of artisanal and small-scale mining highlights precarization and rising poverty in developing countries, generally as a consequence of neoliberal reforms,as the main drivers. Building on the case of Venezuela, this article draws upon this literature and traces a distinctive trajectory in mining evolution and policy-making from a liberal context to an increasingly statist one. The crumbling of a rentier state model, with increasing poverty and lack of social protection networks, represents a structural incentive for the expansion of artisanal and small-scale mining (ASM) and the state promotion of large-scale mining. Furthermore, the intersections of irregular and illegal mining with armed groups are central to the mining sector in Venezuela. The article argues that the intersections of ASM and large-scale mining in Venezuela demonstrate a paradoxical process of statization and denationalization. The existence of increased statist economic policies such as expropriation of extractive industries did not necessarily translate to an increased state presence in mining communities in Venezuela during the Bolivarian Revolution. Rather, the overlapping of public, non-official and criminal groups' exercise of authority and control have proliferated in the face of a deep economic crisis of Venezuela's rentier state. The spread of criminal and irregular authorities complicates attempts to formalize ASM and incorporate large-scale investment.