In Review of International Political Economy, 2019. 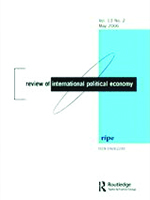 After the oil price collapsed in 2014, debates in oil-producing nations emerged around the importance of doing away with commodity dependence. Modernization plans and developmental projects sprung up among large and small producers alike.

Nevertheless, some countries remain dramatically committed to rentier practices, and many in Latin America and Africa have engaged in new forms of resource dependence by expanding their mining frontiers. Further, in the aftermath of the global financial crisis, new forms of online payments entered the global political economy and generated discussion among policymakers about the legality and implications of these payment mechanisms.

In this article, I explain the linkages of two apparently disconnected forms of mining. Drawing on the case of Venezuela, I argue that the spread of small-scale, irregular and artisanal gold extraction and cryptocurrency mining is the result of the decaying rentier state in crisis. These originally decentralized and irregular activities were later endorsed and transformed by the state with the Orinoco Mining Arc project and the launching of the commodity-backed cryptocurrency, the ‘petro’. The state’s endorsement of these forms of mining translate into the collateralization of primary commodities and the emergence of new forms of authority in a radicalized form of rentierism connected with global financial circuits.