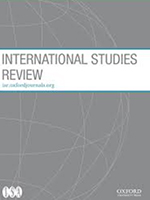 Building on this journal’s recent debates about the need for “global” international relations (IR), this article calls attention to the overlooked significance of two important Latin American thinkers from the interwar years: Víctor Raúl Haya de la Torre and José Carlos Mariátegui. We argue that the study of their thought—and the debates between them—has much to contribute to current efforts to build a more global international political economy (IPE) whose classical intellectual foundations are less dominated by American and European scholarship. Through a detailed analysis of their thinking, we show how Haya and Mariátegui generated some highly innovative ideas about many IPE issues including the following: the negative impacts of imperialism on their region; the roles of class, race, culture, and indigenous peoples in anti-imperialist politics; the relationship of imperialism to the stages of capitalism; the regulation of foreign investment, economic regionalism, and the Eurocentric biases of IPE thought. We show how many of their ideas foreshadowed the better-known postwar Latin American contributions to IPE of structuralism and dependency theory in ways that have not been fully recognized. We also suggest that their critique of Eurocentrism served as an early precedent for the kind of global IPE that many are seeking to build in the current era. For these reasons, we argue that their work deserves much more recognition from contemporary IPE scholars than it has hitherto received and inclusion among the cannon of classical literature that forms the foundations of the field.