Kenneth Bo Nielsen and Harold Wilhite: The rise and fall of the ‘people's car’: middle-class aspirations, status and mobile symbolism in ‘New India’ 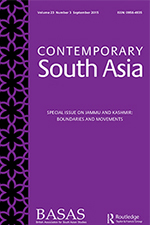 When the Indian car manufacturer Tata Motors launched its new ‘people's car’ in 2008 it was widely predicted to revolutionise automobility in India. Yet seven years after the launch, the car has barely made an impact on the Indian car market and is widely regarded as a failure. This article offers a detailed study of the rise and fall of India's ‘people's car’. Based on a mapping of the changing popular representations and symbolic imaginaries that attach to the car as a means to mobility and an object of identity and social status, we suggest that the car failed neither because it was mediocre, nor because it remained economically out of reach for most Indians. Rather, we argue that its insertion into the lower ranks of a powerful status hierarchy of identity-defining objects precluded it from adequately tapping into new and hegemonic forms of consumer aspiration in ‘New India’.