UiO Centre for Development and the Environment
Main navigation
Back to uio.no
Sub navigation Menu
Research > Publications > 2014 > Tanja Winther and Hege Westskog: Electricity Consumption: Should There Be a Limit? Implications of People’s Attitudes for the Forming of Sustainable Energy Policies

Tanja Winther and Hege Westskog: Electricity Consumption: Should There Be a Limit? Implications of People’s Attitudes for the Forming of Sustainable Energy Policies

Published in Consilience- The Journal of Sustainable Development 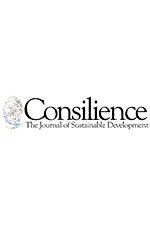 The aim of this paper is to examine people’s attitudes towards electricity and electricity consumption within the Norwegian market context. The empirical material is based on 18 in-depth interviews and eight focus group discussions carried out in two Norwegian towns. We draw on theories which assume that different types of logics motivate and guide behaviour.

The results show that people’s views on electricity consumption vary widely. About half of the sample thinks of electricity as a commodity, following the market logic embedded in the Norwegian electricity system. According to “consumerists”, as long as people pay for consumption, they are entitled to use as much electricity as they want. The other half of our sample, referred to as “citizens”, questions the purely market-based system. They raise the question of fairness and think there is a need for a norm for appropriate consumption. Both groups regard Norwegian hydropower as common property belonging to the Norwegian population, and both groups question the existing market-based system for exchange of power with other countries.

We use the results to discuss some of the policy implications in terms of how energy savings could be achieved.